A civil penalty of $10,000-a-day should be assessed against Baltimore’s Department of Public Works for failing to respond to a ruptured water pipe that killed nearly 2,000 fish in a Leakin Park stream, a citizens’ group said today.

Friends of Gwynns Falls/Leakin Park called on the Maryland Department of the Environment (MDE) to impose a maximum fine for polluting a public waterway given the city’s delayed response to the spill and subsequent attempt to cover up the incident.

After a broken water main was found spewing out a torrent of grey chlorinated water into Dead Run on September 7, it took DPW three days to turn off the line.

By that time, MDE inspectors found chlorine levels eight times above the legal limit and dead fish strewn for two miles along the creek. An audit subsequently identified 1,946 fish killed, composed of diverse species including the endangered American eel.

“The Friends understand that infrastructure accidents happen,” President Bridget McCusker wrote to MDE’s chief of water compliance, Sharon E. Talley. “That is why governments have crews ready to respond to such incidents on a 24/7 basis.

“The Baltimore City Department of Public Works has such a crew,” she continued, “but they did not respond in a timely manner to this damaging leak, thus making the problem much worse than necessary. Even MDE’s inspector had to wait three days to get a response from the city.”

The Brew has written extensively about the incident, including DPW’s refusal to acknowledge – to MDE and to the media – that a fish kill occurred.

Instead, the agency disclosed only that a 12-inch water main under the Ingleside Avenue bridge had ruptured and the pipe was subsequently shut down and bypassed. 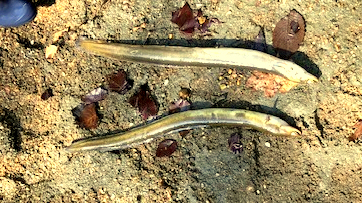 Saying he was unaware of the fish kill until he read about it in The Brew, Councilman Kristerfer Burnett plans to hold a hearing on the incident.

The West Baltimore representative said he will introduce a resolution at the next City Council meeting calling on DPW to publicly address the incident.

“I want to know what went wrong, why the agency’s response was so slow and how it plans to do better in the future,” Burnett said today.

He said he was unsure when the hearing might be scheduled, but hoped it would happen before the end of the year.

Burnett is also the chief sponsor of an upcoming hearing on another hot-button topic – the plague of raw-sewage backups in city homes and basements.

The Land Use Committee will hold a hearing at 5 p.m. on November 13 in the Council chambers at City Hall. DPW will be asked to address “the effectiveness and sufficiency of measures used” to combat surges of human waste that enter private toilets and bathtubs from overwhelmed city sewer lines.

The Environmental Integrity Project and others have been critical of a DPW program to reimburse homeowners for flooding damage.

The agency rejected 86% of the applications for sewage reimbursements between January 2018 and March 2019, leading EIP’s Tom Pelton to accuse the city of sabotaging its own “improved” reimbursement program.

Setback for a Recovering Stream

DPW is also under a nearly two-decade-old consent decree to stop sewage from overflowing into local waterways during and after heavy storms.

One indication of its rebirth was unfortunately exposed, Farrant said, when state inspectors found an estimated 78 dead eel floating downstream from the water main break.

Considered an endangered species, eel larvae and so-called “glass eel” travel thousands of miles from the Sargasso Sea east of the Bahamas to freshwater streams along the Atlantic coast and the Chesapeake Bay.

A nocturnal fish that buries itself in silt during the day, the dead eels found in Leakin Park were 20 inches or longer. That indicates they were mature and had probably lived five or more years in the stream.

Feeding on small insects, crustaceans and other aquatic organisms, the eels would have eventually returned to the Sargasso Sea to mate and die. 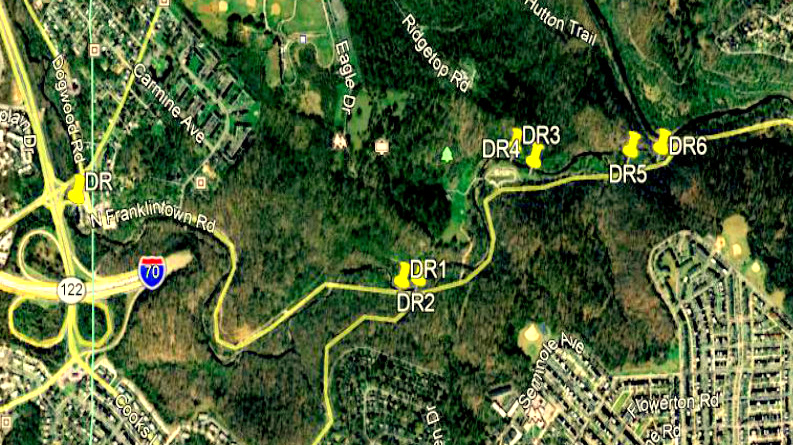