Comptroller Joan M. Pratt, a congregant since 1976 and a member of Bethel’s board of trustees, was criticized for voting to approve the sale at a meeting of the Board of Estimates.

“The investigation found administrative oversights in the Office of the Comptroller during the pre-BOE process led to Comptroller Pratt’s vote in favor of the deal,” the report said, adding that “the comptroller acknowledged to the OIG that she should have abstained from the vote because it was a conflict of interest.”

In a written response, Pratt called her vote “the result of an oversight and not intentional.” She said the list of abstentions that she relied on before voting did not have periods between the initials A.M.E., but the November 1, 2017 agenda item did.

“This inconsistency resulted in Bethel A.M.E. not coming up when the agenda was searched against my list. Simply stated, since the names were not identical, there was not a match between the list and the agenda,” Pratt said, confirming a statement she made last summer to Baltimore Fishbowl.

In an interview with the IG, Pratt blamed staff for her errant vote.

A conflict of interest in a BOE vote is not subject to administrative penalties, but can be reviewed by the city’s Board of Ethics.

The board did review the matter, executive director Avery Aisenstark, told The Brew today.

“She admitted to the facts as alleged,” he said. “We had no reason to disbelieve her, and she pledged not to do it again.”

Mayor Bernard C. “Jack” Young refrained from criticizing Pratt in a letter signed by his chief of staff.

Instead, he agreed with the inspector general that the establishment of a “public abstentions list” could remedy future conflicts of interests among board members.

Comptroller Pratt speaks to the media about a conflict she had with former Mayor Stephanie Rawlings-Blake about VoIP phones. (Mark Reutter)

Considered the oldest African American church in Maryland dating back to 1785, Bethel AME has long drawn the city’s power elite to its pews.

The list of luminaries includes former mayor Sheila Dixon, who is a director at its wellness and empowerment center. The church’s retired pastor, Frank M. Reid III, is the stepbrother of Kurt Schmoke, yet another past mayor.

Located in the Marble Hill district of West Baltimore since 1910, the church has long sought more space to serve its congregation, which mostly lives outside the area.

In 2015, the razing of the historic Freedom House, deeded to the church by the Mitchell family, to make way for parking for church officials sparked anger and demonstrations.

• Reduced to rubble: Why a historically significant house could be razed so easily in West Baltimore (11/13/15)

The city’s sale of land at 1301-25 Etting Street and 505-509 West Lafayette Avenue was beset by “strange” procedures even before it came before the spending board, according to the IG’s investigation.

Originally, the property was occupied by 15 rowhouses that were purchased by the city between 1999 and 2007 and then leveled.

The vacant land was not up for sale when Bethel officials, including senior minister Patrick D. Clayborn, approached the housing department to buy the properties in early 2017. (As a matter of policy, the city does not initiate the sale of vacant land to private parties, an official told the IG.)

The baseline price for a vacant lot in the city is $1,000, but Bethel was awarded the lots for $1 each, or $15 in total, because the church had insisted that it had assumed their upkeep for many years, “incurring over $35,000 in expenses.” 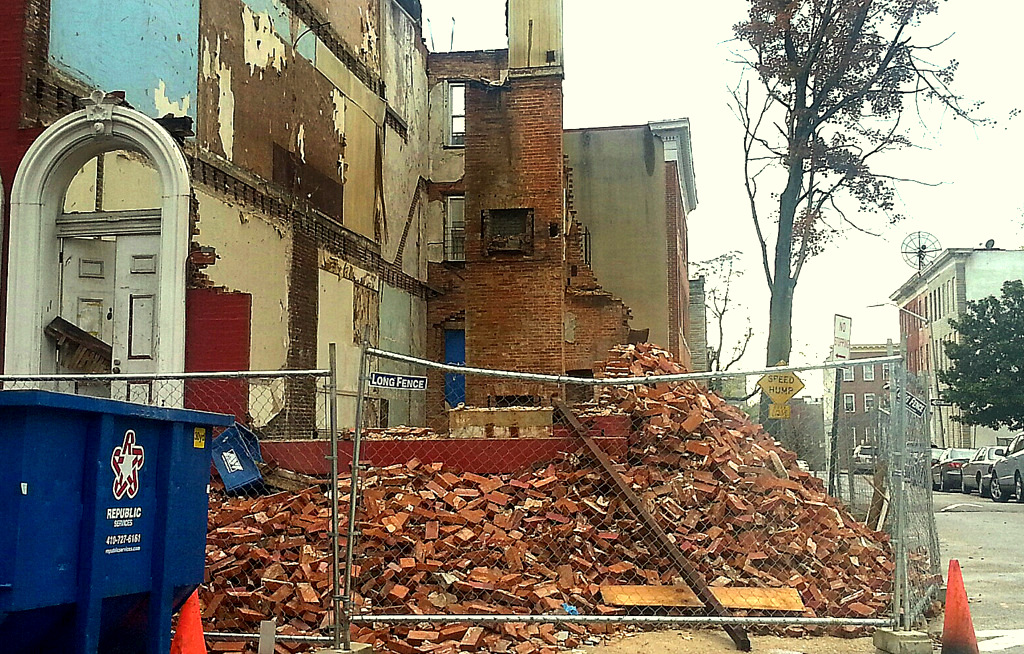 Bethel’s tear down of Freedom House in 2015 sparked concerns that its leadership was insensitive to area history and residents. (Ed Gunts)

The Land Disposition Agreement approved by Pratt and the rest of the board called for the church to convert the gravel-and-dirt property into a fully developed parking lot, with paving and fencing, within 12 months.

More than two years after the agreement was approved, the lots remain unpaved and construction has yet to begin.

Bethel officials told the IG that they cannot begin construction until ground rent issues are revolved, while housing officials “offered no explanation” as to why the church “failed to satisfy the terms of the agreement.” 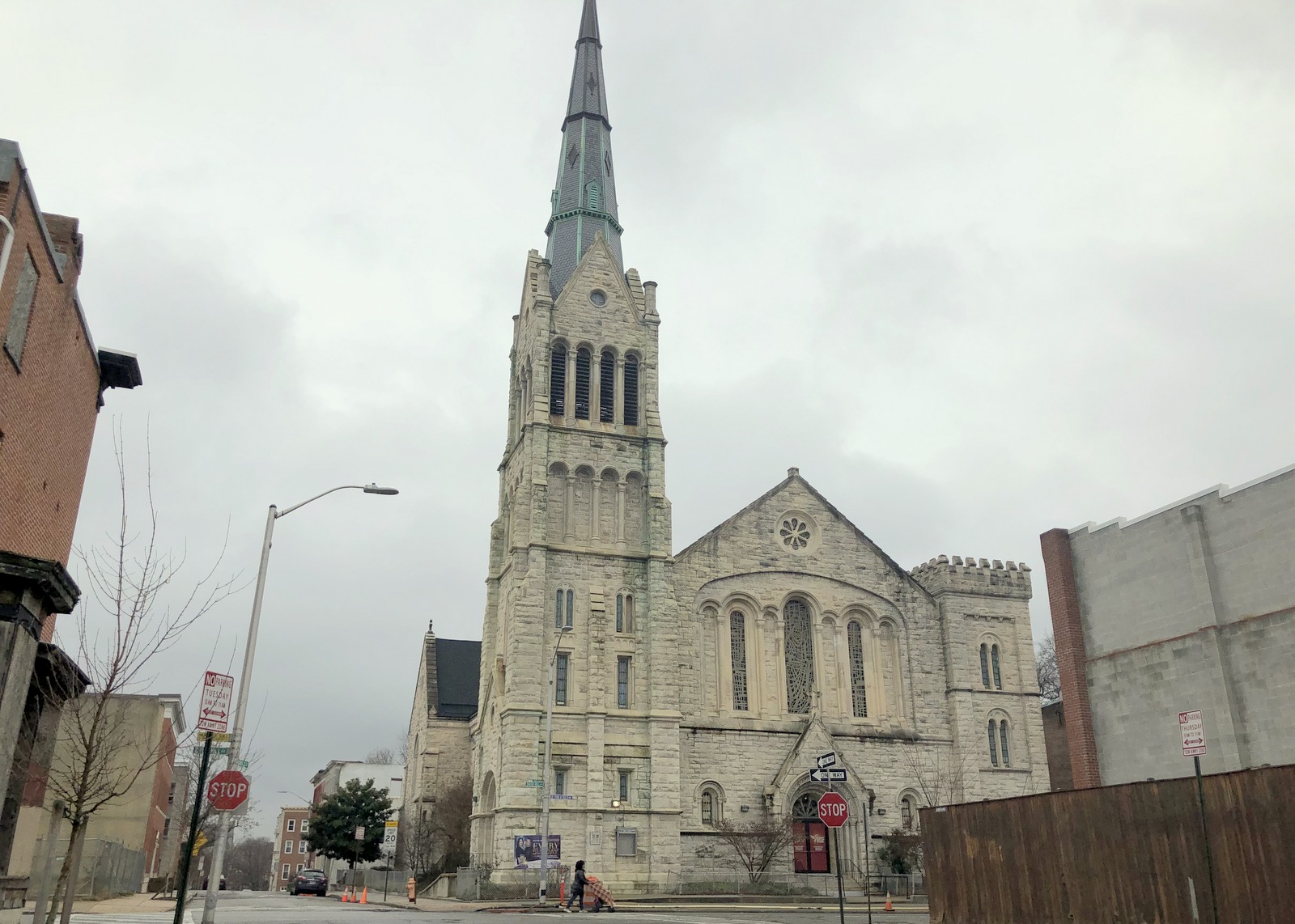 Before a land deal goes before the spending board, a Real Estate Committee consisting of members of Pratt’s office,  the mayor’s office, the Council President’s office and the housing department must vote to approve the sale.

A chief criteria for approval is public outreach usually consisting or one or more community meetings. The IG could find no evidence that any meetings took place where plans for the lots were described to the public.

In fact, the first community meeting that brought up the land sale took place on November 21, 2017, or three weeks after the church was awarded the land.

The OIG was told that it was “out of the ordinary” and “strange” that the Bethel sale was able to move straight to the board’s agenda without confirmation that community meetings had taken place.

In its meeting checklist, the Real Estate Committee justified sale of the lots for $1 each, or a fraction of their $1,000 assessed value, to “stabilize the community” and “elimination of blight.”

As to the question of whether the community supported the land sale, the box was checked “N/A.”

The Real Estate Committee approved the church sale without reference to community support, according to its approval sheet. Bethel pledged to spend about $30,000 to pave and fence the lots. (Office of Inspector General)

Responding to the IG’s finding, Kimberly Morton, Mayor Young’s chief of staff, said she would conduct a review of the land disposition process to “ensure that city employees are working in accordance with the procedures.”

In addition, she said he would “determine the point of failure” in the Real Estate Committee process that allowed the lots to come before the board without community input.

• MAIN OIG REPORT (there are additional exhibits and responses): Investigation regarding the sale of 15 vacant lots to Bethel AME Church