He shared it at last night’s forum on the environment and equity that drew a crowd of about 750 to Mt. Lebanon Baptist Church in Lower Park Heights.

The question was about working with state officials and neighboring counties to implement climate change policy.

Young said those leaders had to understand the need for renewable energy sources such as “solar energy, wind, biogas and hydroelectric.” Then he added:

“People laughed at me when I said that all these volcano eruptions are caused by climate warming because it messed with the ozone layer. That’s why it’s very important that we take this seriously about our environment to leave our world better for the next generation.”

Another dicey moment for Young came after candidate Rikki Vaughn said, “One thing I would add is ego. You got to make sure the mayor doesn’t have ego to where he’s not listening to folks.”

When his turn came to respond, Young lashed out at Vaughn.

“I’ve never had an ego!” he declared as some audience members hooted and others groaned.  He named the sustainability office staffers he listens to and said again, “Anybody that said that I have an ego don’t know me!” 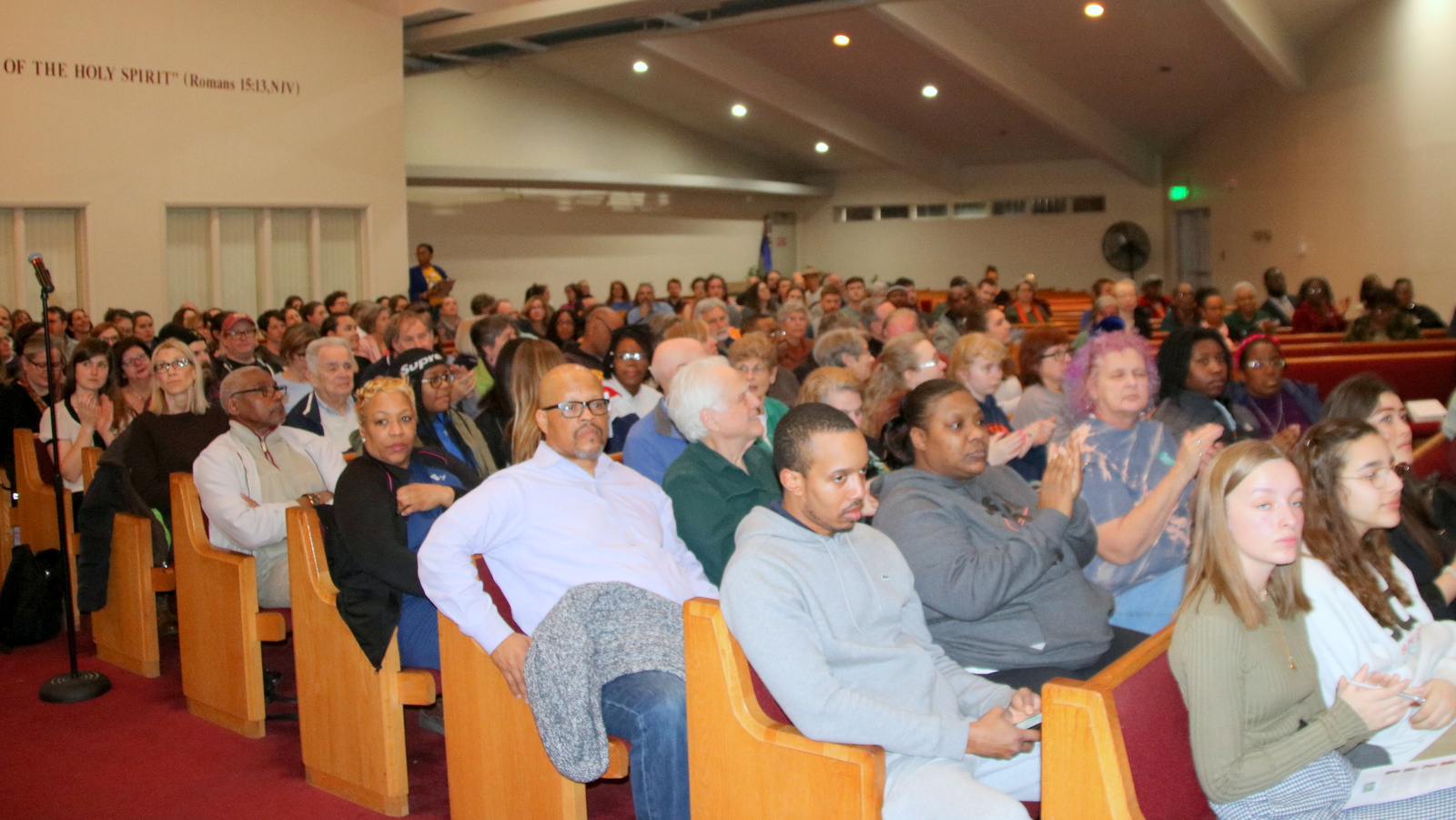 Young may not have helped himself at the Baltimore Blue+Green+Just event, but other candidates took the opportunity to show off their chops on the issues.

Perhaps no one more so than Dante Swinton.

Employed by the Energy Justice Network and driving on weekends for Uber or Lyft to make ends meet, Swinton has been a prominent figure in the movement to shut down the Wheelabrator BRESCO incinerator where the city’s trash is burned.

“We need to increase our recycling rate to 70%. We’re at 15% right now,” said Swinton, who had a campaign website and policy positions months before the major candidates even got into the race.

Shifting Baltimore to “a green economy” could create 4,000 jobs, he said. And by floating bonds, he argued, the city could stop releasing sewage and comply with a 2001 federal consent decree “as opposed to waiting 30 years.”

Clearly impressed, Vaughn clapped Swinton on the shoulder and said, “I will bring this young man to my administration to lead the initiative.” 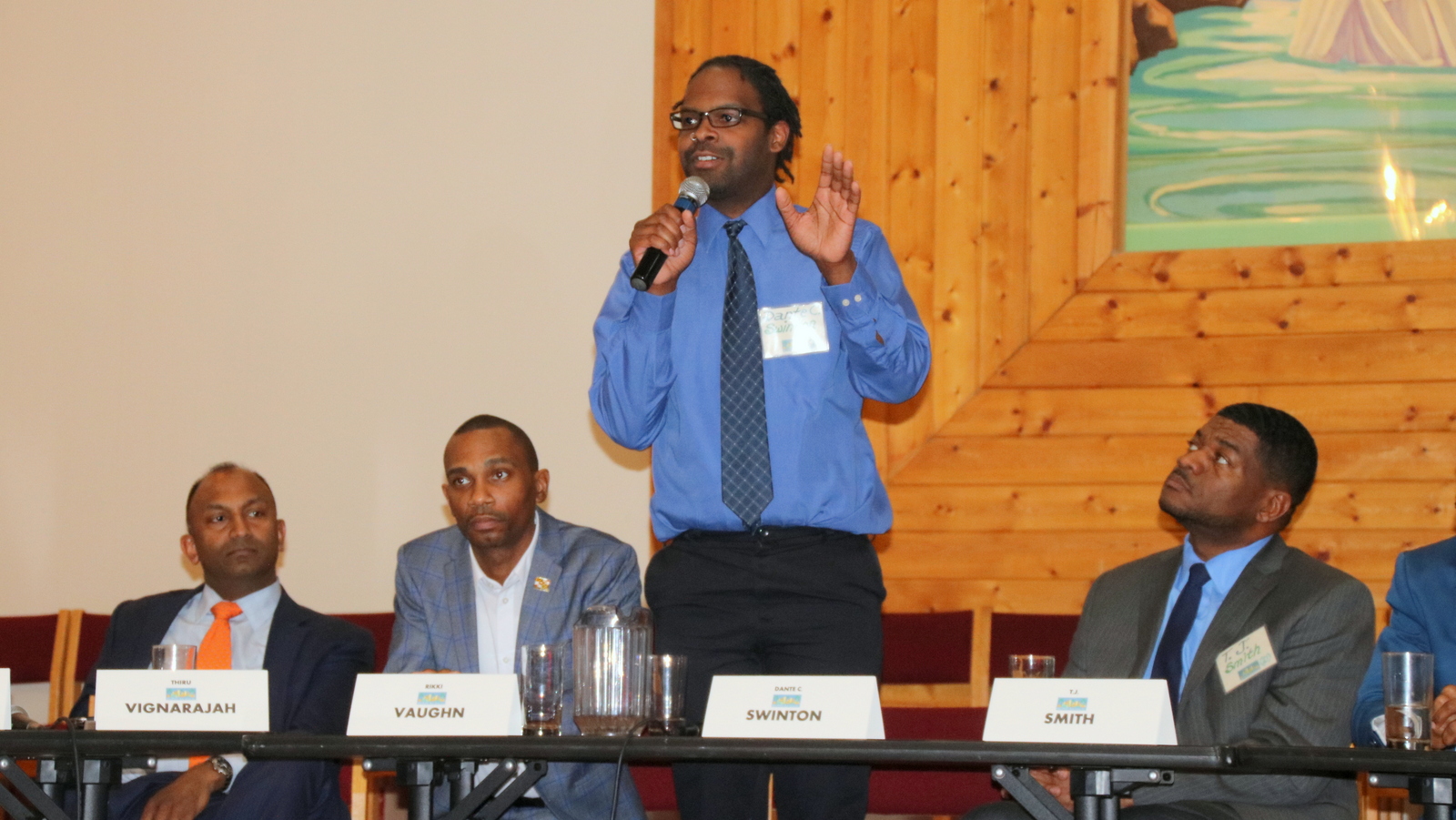 At the candidates’ forum, Dante Swinton called for Baltimore to shift to “a green economy.” (Fern Shen)

Harking Back, Looking Ahead

Former Mayor Sheila Dixon, meanwhile, reminded the audience of her creation of the Office of Sustainability and advocacy of LEED energy conservation standards for new construction.

Scott said he would make the Office of Sustainability a cabinet-level position and that his green jobs program would prioritize areas near the BRESCO incinerator.

“So the very people who have been doomed by the inability of the city to be sustainable will be the ones who benefit,” he said.

Referencing a resource recovery strategy that a coalition led by United Workers released last week, Scott promised, “We will go full steam ahead on the zero waste plan.” 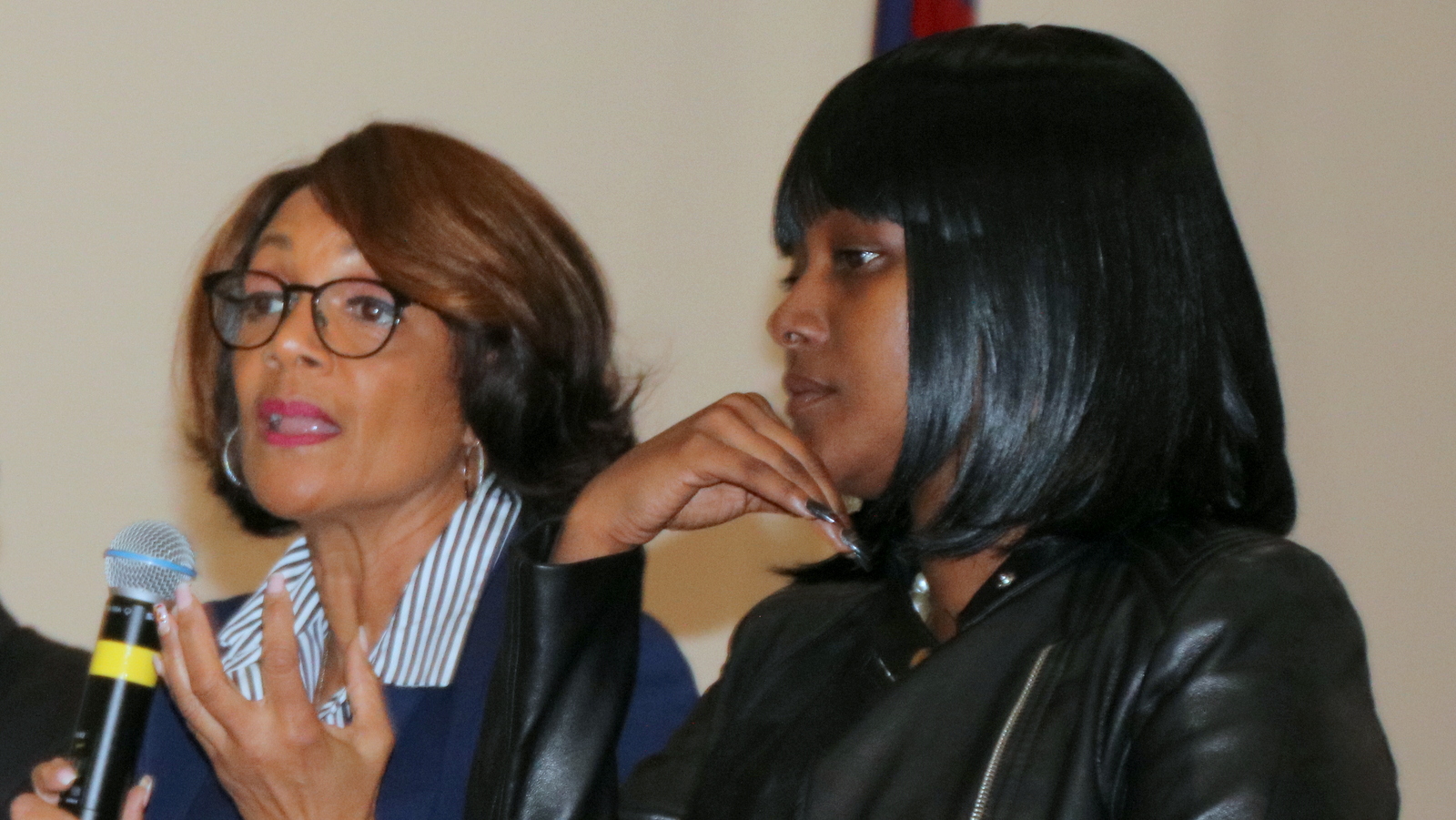 Others had ideas to offer as well. Senator Mary Washington promised GreenStat sessions to hold city departments accountable on sustainability similar to the CitiStat program created to boost crime-fighting efforts.

And Vaughn, who consistently took the most confrontational tone, blasted city government for charging citizens for their yellow plastic recycling bins.

“Why are we charging people who can’t even pay for eggs and milk?” he asked.

Calling out racial disparity was a common theme last night, with Mary Miller advocating “green-lining” as an antidote to “the city’s shameful history of red-lining.”

“We have asked the poorest areas of this city to bear the highest cost of environmental harm whether through uninsulated houses, higher temperature differentials, lead paint and endless other health issues,” Miller said.

She argued that the city’s tree canopy has not significantly increased “since the time of Martin O’Malley” in poorer districts of the city. 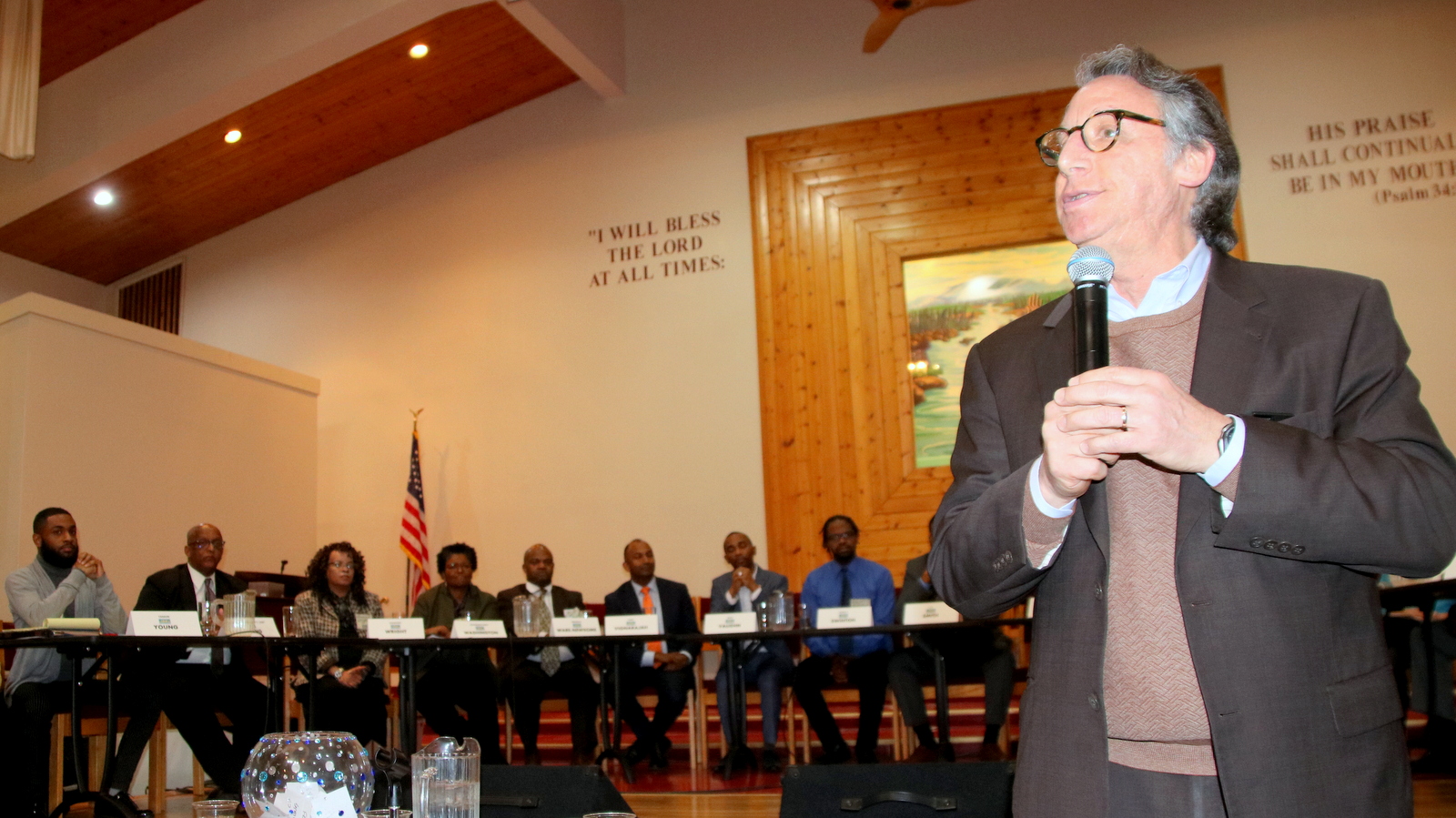 None of the questions to candidates pointed a finger at particular departments or specific city actions as harmful to the environment.

The closest such question queried candidates about “holding agency leaders accountable for implementing the plans that have been adopted by the city, to make agencies live up to these goals.”

“We need to reframe how we think of every single agency,” Washington said, using the Department of Public Works as an example.

Among some of the more memorable comments were by candidates who delivered personal stories.

“My children have asthma,” said community activist Yolanda Pulley, declaring “the incinerator has got to go.”

“I grew up with asthma. My mom spent many nights inside the hospital with me, and had to get up and go to work in the morning,” former Baltimore Police spokesman T.J. Smith said.

“I was blessed that my son didn’t grow up with asthma.”