Gov. Larry Hogan has delayed Maryland’s primary election by more than a month as the state addresses the growing coronavirus pandemic.

Originally scheduled for April 28, the primary will be on June 2, Hogan announced today.

“I have two main priorities: keeping Marylanders safe, and protecting their constitutional right to vote,” the Republican governor said. “It would endanger public health to allow thousands of people to assemble in places like schools and senior centers, which are already closed under the state of emergency.”

Hogan said many poll workers and election judges are retirees, and their age makes them more susceptible to the virus.

The special general election to replace the late Congressman Elijah Cummings will proceed on April 28, but Hogan directed the State Board of Elections to implement vote-by-mail. 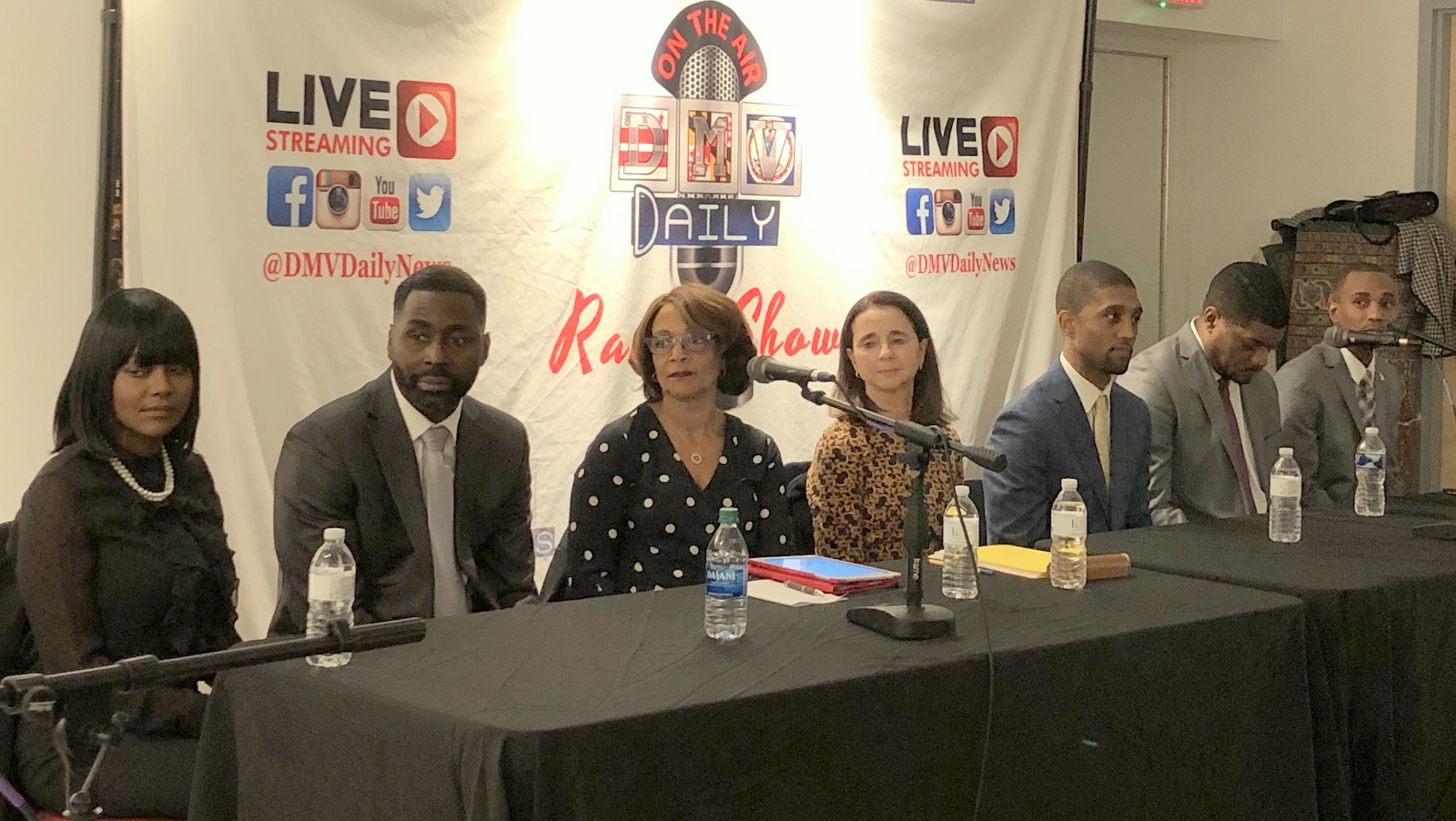 THING OF THE PAST? From left, Catalina Byrd, Stokey Cannady, Sheila Dixon, Mary Miller, Brandon Scott, T.J. Smith and Rikki Vaughn, at a forum for mayoral candidates held in Northeast Baltimore. (Ian Round)

The election delay is meant to allow residents to isolate themselves and slow the exponential growth of the virus. According to the Maryland Department of Health, at least 57 people in Maryland had tested positive as of Tuesday morning.

The state reports one positive case in Baltimore, but on Monday Mayor Bernard C. “Jack” Young announced a second.

Experts believe the true number of cases is much higher, because testing has not been widespread, a view shared by Logan Endow, who went to Liberia in 2014 to fight the Ebola epidemic.

A Johns Hopkins healthcare provider in his 60s – a physician, according to sources with knowledge of the situation – was the city’s first positive case.

If it’s at Hopkins, “that means it’s everywhere,” said Endow, a City Council candidate in the 4th District.

Effects on the Election

In terms of politics, the delay gives Baltimore voters more time to think about the city’s wide-open mayoral race – and it gives candidates more time to make their case.

The extra month may come as good news to Mary Miller, a trailing candidate who says she is buoyed by the results of a new poll she commissioned that shows her at 12%, within striking distance of front-runners Sheila Dixon and Brandon Scott.

The March poll of 502 likely voters, has Dixon, the former mayor, in the lead with 18%, and Scott just behind her with 17%. Miller placed third, but had by far the greatest jump in popularity since January.

“I think that my message is resonating across the city and across demographics,” Miller told The Brew.

Sen. Mary Washington was the choice of 9% of respondents (she dropped out after the poll was conducted) and 11% were undecided.

A former T. Rowe Price executive and Obama Administration Treasury Department official, Miller has spent aggressively on television and digital advertising. She said she will be emphasizing that experience as the coronavirus forces the campaign online.

“I’ve worked through periods like this and I know how you need to keep looking around the corner to see what’s next,” she said.

Five more weeks of campaigning also means campaigns will have to spend more money. That has put some in the uncomfortable position of soliciting contributions from supporters, many of whom may have lost their jobs as a result of the global pandemic.

“These are tough times, the likes of which most of us have never seen in our lifetime,” a Tuesday email from Dixon stated.

“In Baltimore, we’re facing a unique challenge: To prioritize taking care of ourselves and others without losing sight of the fact that there’s still real, urgent work to be done right now for the Election for Mayor,” she wrote.

They’re soliciting contributions from supporters, many of whom may have lost their jobs amid the global pandemic.

“I really wish I didn’t have to send this email,” Bienert wrote.

“With everything going on right now, and circumstances changing minute by minute, asking for money seems trivial,” she wrote, applauding Hogan’s decision to delay the election but noting “it means that our campaign budget has increased by an unexpected $21,500.”