With Sheila Dixon considered a front-runner in the 2020 primary race for Baltimore mayor, some of you may be nostalgic for a time when she was mayor a decade ago.

You might look wistfully back at a time when the annual homicide count was trending down and, at one point, dipped to 238.

You might even yearn for the good old days of “simple” corruption in City Hall. Not real corruption, like Catherine Pugh with her elaborate children’s-book-selling scheme.

You’re pretty sure Dixon was only accused of stealing a few gift cards meant for the poor.

And you may believe that she has atoned for her small sins and, otherwise, was effective as Baltimore’s highest elected official.

But before you cast your vote for mayor, please take this reality check.

The facts are very clear: It wasn’t just about the gift cards.

Dixon’s ethical, moral and legal transgressions weren’t just a onetime lapse in judgment. They lasted a decade – through her years as City Council president and mayor – from 2000 to 2010, when she was convicted of embezzlement and resigned.

That’s a long lapse. Even longer than Spiro Agnew’s seven-year kickback scheme from his days as Baltimore County Executive and Maryland Governor until he resigned as vice president of the United States in 1973. 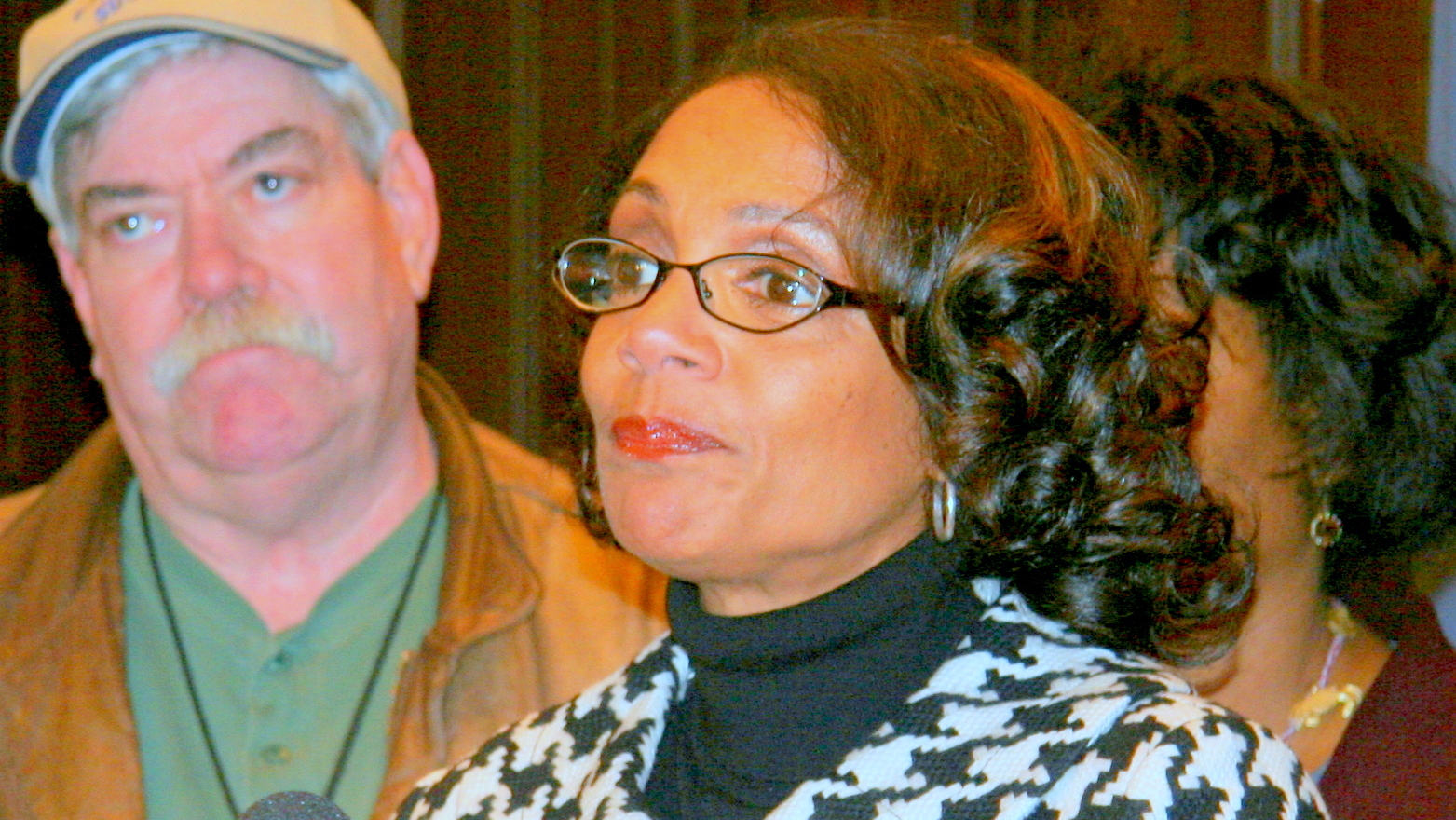 Sheila Dixon speaks to the media after announcing her resignation in February 2010. To her right is then-3rd District Councilman Robert Curran. (Fern Shen)

My reporter colleagues at the Baltimore Sun, notably Doug Donovan, documented them in detail.

Dixon violated competitive bidding laws so that her one-time campaign manager could get hundreds of thousands of dollars for no-bid computer work, most of it paid over many years without any written contract.

In another ethical lapse, as City Council president, she employed sister Janice in her office (until she was outed) and later violated ethics laws again by voting for a subcontract to give fiber optic work to a company that employed Janice.

That company, Utech, was run by a woman who used fake invoices to get paid, had no office and was eventually convicted of filing false income tax returns. 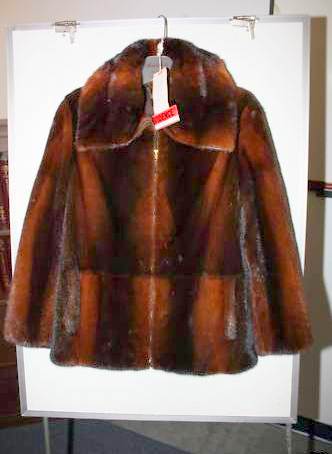 The secret burnt umber mink jacket that figured in Dixon’s criminal case, as it looked afterwards on EBay. (cbslocal.com)

She not only helped her sister, she helped herself.

Dixon accepted a $2,000 gift certificate at a furrier from developer Ron Lipscomb, owner of Doracon Contracting, which got multi-million-dollar tax breaks from the city.

The gift certificate from the furrier was supposed to be a secret.

The purchaser, Doracon’s vice president, asked the store manager not to write the name of the recipient on the certificate or put his own name in the store’s records.

Her relationship with developer Lipscomb was personal as well as financial. Lipscomb, who dated Dixon, treated her to extravagant shopping trips to New York City, Chicago, Boston and Vail.

At one Board of Estimates meeting in 2004, she voted in favor of a $13.6 million tax break for a Harbor East project that Lipscomb and his partners were building.

To celebrate, Dixon then left City Hall to catch a 3 p.m. train to Manhattan to be with Lipscomb.

There they dined near Central Park and stayed at the Trump International Hotel for $1,000 a night. His company paid the bills. 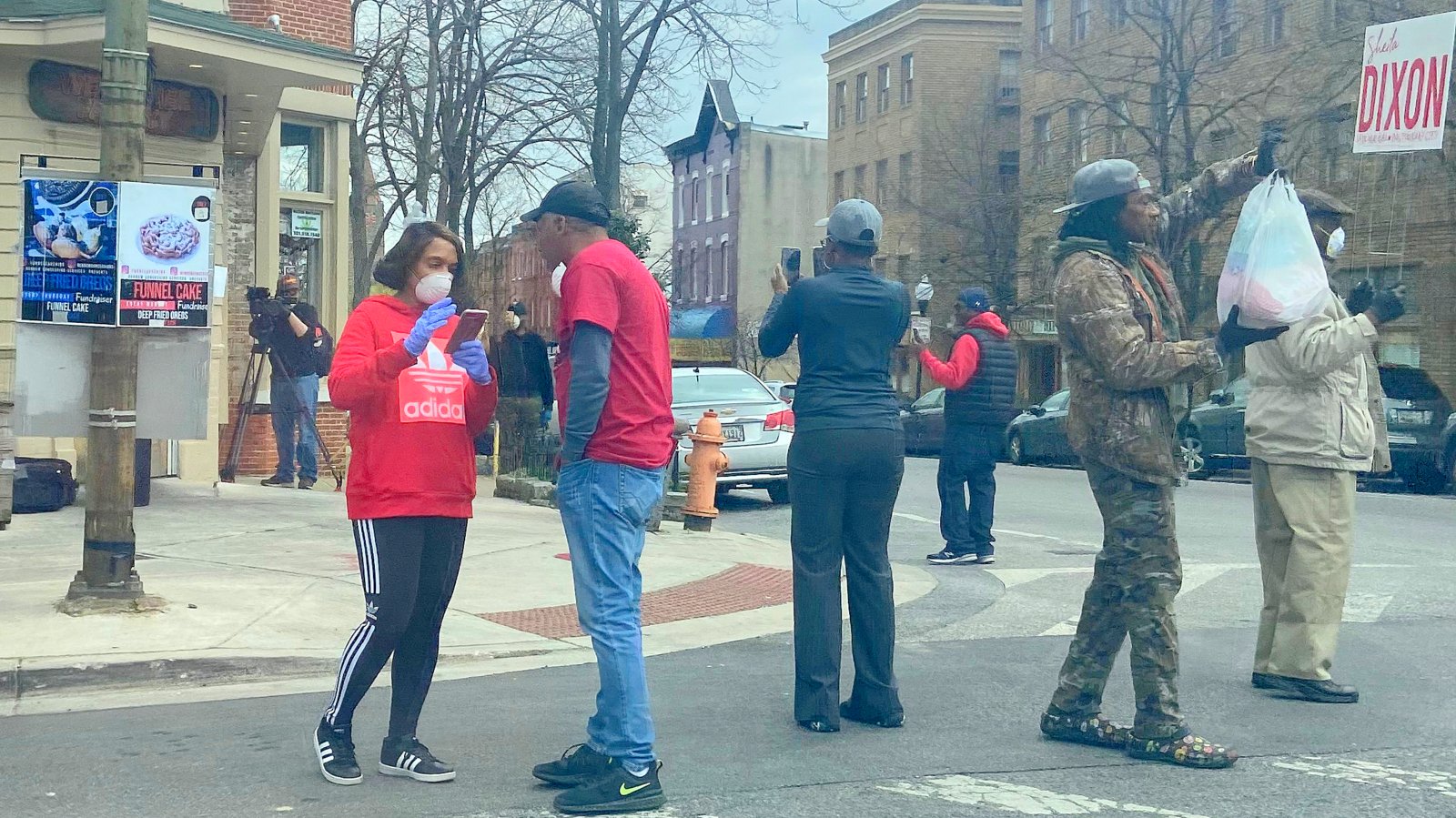 Sheila Dixon and her supporters conduct a food giveaway at 25th and St. Paul streets to help people during the Covid-19 crisis. (@posttypography)

There were, indeed, gift cards – dozens of them – from Best Buy and other stores. Doracon bought hundreds of dollars’ worth of cards and gave them to Dixon.

So did another developer, Patrick Turner, who hoped to build ambitious projects in Locust Point and Westport.

Turner would testify that he really believed the cards were intended for poor families. It was his testimony that helped prosecutors at the Maryland Office of the State Prosecutor win the jury conviction for embezzlement.

Prosecutors traced the cards to Dixon because she forgot to cover her tracks: while spending the cards, she gave out her Best Buy rewards number to a cashier.

She also left a trail at Target, where she augmented the gift cards with her personal credit card. Once investigators figured that out, it was relatively easy to connect the dots.

In June 2008, investigators for the state prosecutor’s office knocked on Dixon’s door with a search-and-seizure warrant and collected the following evidence:

• a burnt umber mink jacket and a coat of Persian lamb and mink, bought with the gift certificate at the furrier,

Following her resignation in 2010, Dixon has been asked to comment on her conviction and resignation. She has apologized for what she calls “mistakes,” doing so again when she announced her 2020 mayoral bid, saying:

“I am sorry for the mistakes I made that brought my term to an end” and vowed to “work three times as hard” because of them.

As for the perjury case that few Baltimoreans now can remember, it involved lying on her ethics forms.

Like all elected officials, Dixon filed financial disclosure forms, requiring her to report gifts from anyone doing business with City Hall. The law is clear:

The forms required her to report any gift (including payment of travel) of more than $50 or a series of gifts worth more than $150 from anyone doing business with the city.

After collecting all that booty – thousands of dollars worth of meals, hotel stays, shoes, furs, etc. – the gifts Dixon reported were complimentary tickets to a political fundraiser and a pass for two at the Senator Theatre.

At her first trial for theft, while she was awaiting the verdict, Dixon had something else on her mind. She walked up to the chief prosecutor, Robert Rohrbaugh, and handed him a handwritten note on legal paper that she crafted to read like a legal motion.

“Motion to Give me my Coat Back,”  the note began. “SAD [Sheila Ann Dixon], by her counsel, moves the court to order the SKUNKS [prosecutor Rohrbaugh and company] to give back the coat that lawfully belongs to her, especially since another winter is coming.”

She was about to be the first Baltimore mayor to be convicted of a crime, but first she wanted her fur coat back.

Before her second trial on perjury, she and her lawyer, Arnold M. Weiner, decided to negotiate a plea deal. If prosecutors let her keep her $83,000 a year pension, she would resign.

If Dixon didn’t get her pension, Weiner threatened, she would stay in office while appealing the embezzlement conviction. This meant that she would have remained in City Hall, probably for a year or more, awaiting appeal.

If Dixon didn’t get her pension, she threatened to stay in office, probably for a year or more, awaiting appeal.

In the end, she got the plea deal. She kept her pension and agreed to pay $45,000 to charity and work 500 hours of community service while she was on probation.

Joan Jacobson is the co-author of “Eyes of Justice – a Career Crime Fighter Battles Corruption. . . and Blindness” with James Cabezas, retired chief investigator for the Maryland State Prosecutor. Their book is the first history of Maryland political corruption in more than 40 years. Jacobson was a longtime reporter for the Evening Sun and Baltimore Sun.