Assurances by Strong City Baltimore that it is getting its financial house in order are ringing hollow to clients like Kevin Anderson, executive director of NewFIT, an afterschool wellness program.

The appointment of a new director of fiscal sponsorship was highlighted by Reginald Davis, Strong City’s interim CEO, in a letter to 19 clients who had entrusted their money to the nonprofit as a “fiscal sponsor,” only to find that checks were bouncing and vendors not being paid.

Andy Winegrove was hired last month. But following The Brew’s report disclosing financial disarray at the nonprofit, he has tendered his resignation. He is the latest example of an exodus of administrators and board members at Strong City.

These were capped by the departure of the nonprofit’s longtime CEO, Karen D. Stokes.

Her surprise retirement in April left the organization in the hands of Davis, who Stokes hired last November as her chief of staff, and chairman Georgia E. Smith, a Guilford resident with little experience in running an organization that claims $14.2 million in assets.

Attempts to reach Stokes and Garith were unsuccessful. Smith did not respond beyond citing a “media advisory” [see statement at end of this story] that the organization had posted.

Davis told The Brew that monthly financial statements are now being issued regularly. But NewFIT and other clients contradict him directly, saying they are still without June financials.

Worse, their calls and emails – asking where their money is and how Strong City intends to pay them back – are being ignored.

“It’s infuriating to me when I read these responses from Reggie, and yet he won’t even return my emails,” said Anderson, who says Strong City has locked up $150,000 of his funds since March.

But The Brew has learned that one area of interest by investigators is how Strong City handled money coming from Baltimore’s Children & Youth Fund and other taxpayer-financed programs.

Strong City has acted as the fiscal sponsor for at least eight groups that collectively won $1.1 million in public funding during the first round of Children & Youth awards in 2018.

A question for investigators: Did Strong City commingle client money with its own funds?

In addition, the nonprofit has picked up another $1.6 million from the Board of Estimates for homelessness, adult literacy and recreation programs, plus an unknown amount of money from City Schools for community school and literacy programs.

The letter last month by Strong City clients implored the nonprofit to overhaul its accounting and banking practices “to reduce or stop commingling of funds.”

The “highest priority” is the “separation between client services and other Strong City business,” the letter said.

In a July 10 response to the clients, board members, led by Smith, said they were reviewing internal policies to ensure that they conform with accepted accounting practices and would endeavor to recruit board members with more financial management skills. 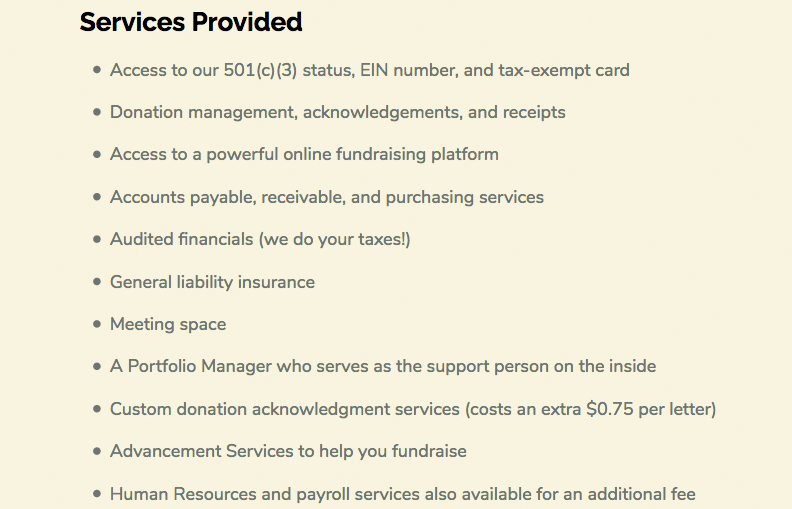 Some of the services that Strong City says it offers clients. In return, it takes a 10% cut of the total funds deposited in a client’s account. Strong City says it is currently managing $6.3 million in government grants and contracts. (strongcitybaltimore.org)

In documents on file with the city, a half-dozen grantees disclosed as early as last summer that they were having serious difficulties accessing grant funds from Strong City, which acted as their fiscal sponsor because they did not have 501(c)(3) nonprofit status.

“Our biggest barrier continues to be having Strong City as a fiscal sponsor,” noted a group that mentors  7- to 14-year-old girls in southwest Baltimore.

“Because they [Strong City] make it very difficult to access our funding in advance, the co-founders have been forced to pay for almost everything upfront, out of pocket and often wait 6 to 8 weeks, if not several months,” wrote project manager Rosheda Harrell.

The Sandtown-based Guardian Dance Co. was even blunter in its assessment of Strong City’s fiscal management of its program, “Moving History,” which was awarded $179,778 from the Youth Fund.

Under the category “lessons you learned during the grant period,” Breai Mason-Campbell wrote:

“Strong City has been chronically inconsistent with the distribution of payroll checks and reimbursements. They suddenly shifted payroll dates and were not forthcoming with a calendar. They are slow to answer emails and unlikely to answer phone calls. This has damaged relationships with our staff, causing one to suspend services when they were not paid in a timely manner and [was] damaging the Moving History brand and reputation by association.”

Secrecy and a PIA Request

These financial problems were never publicly disclosed by Mayor Jack Young, who championed the Youth Fund when he was president of the City Council, or by Associated Black Charities (ABC), which served as its fiscal administrator.

For months, no one at City Hall seemed to know who kept the grantee reports that narrated how Youth Funds were being spent.

A 2018 agreement between the city and ABC listed Young’s spokesman, Lester Davis, as the contact to whom reports required by grantees should be delivered.

Citizen activist Melissa Schober spent weeks – her emails bouncing between ABC, the mayor’s office, the City Council, the finance department and the law department – trying to determine who was the custodian of Youth Fund records.

No one at City Hall seemed to know who kept the grantee reports that narrated how nearly $10 million in Youth Funds distributed in the first round of awards was being spent – and who, therefore, was required to respond to her Maryland Public Information Act request.

The law department finally made 400 pages of the narrative reports available to Schober in April.

Significantly, the MPIA disclosure did not include the pdfs of receipts and other financial details of the individual grants, which reportedly are still in the possession of Associated Black Charities.

Schober recently shared those narrative reports with The Brew. 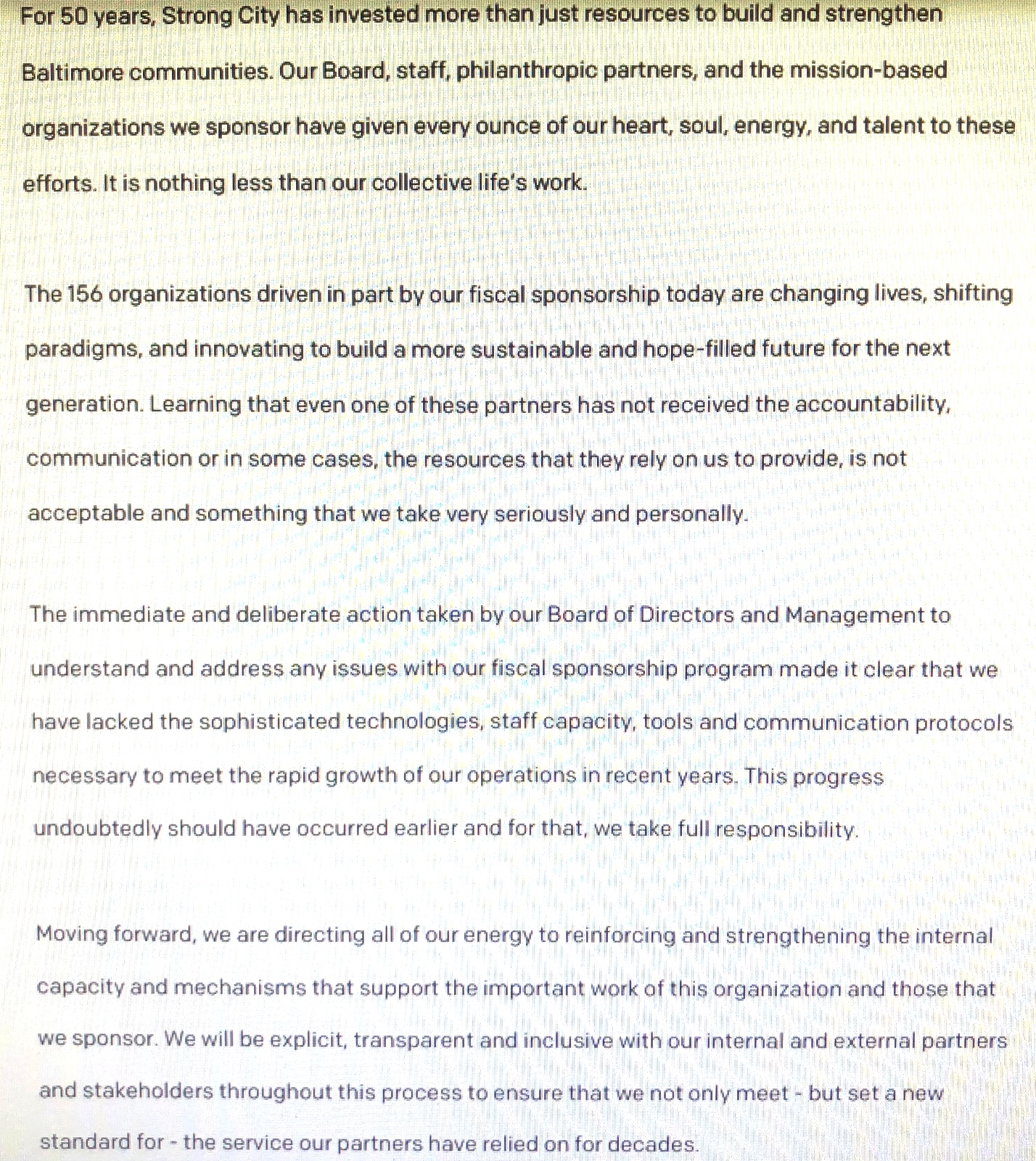