It was impossible to know for sure if he was inside, but the East Baltimore home of Mayor Bernard C. “Jack” Young was the scene of a loud pre-dawn protest denouncing plans to lock in Baltimore’s use of its BRESCO trash incinerator for another decade.

Beating on a drum and chanting loudly, a group of about 20 people Saturday called on Young to drop the agreement fashioned by his law department to extend New Hampshire-based Wheelabrator Technologies’ contract to operate BRESCO, Baltimore’s biggest source of industrial air pollution.

“We’ve only got two months left. . . we’re not going to go out without a fight,” said Franca Muller Paz, a schoolteacher and 12th District City Council Green Party candidate.

Muller Paz was referring to the fact that Young, who lost the Democratic mayoral primary, leaves office in December.

Poised to grant a reprieve to the 35-year-old facility – which releases health-harming substances including nitrogen oxide (NOx), sulfur dioxide, formaldehyde and mercury – city officials have pledged to work towards a “zero waste” goal and gradually reduce Baltimore’s use of BRESCO.

But incinerator opponents yesterday weren’t buying it, noting that plant operators have disclosed that it is not feasible to modify the aging plant to meet stricter emissions limits.

“Wheelabrator has admitted to the fact that they can’t burn trash safely in our city,” said Greg Wilson, action team leader with Sunrise Baltimore. 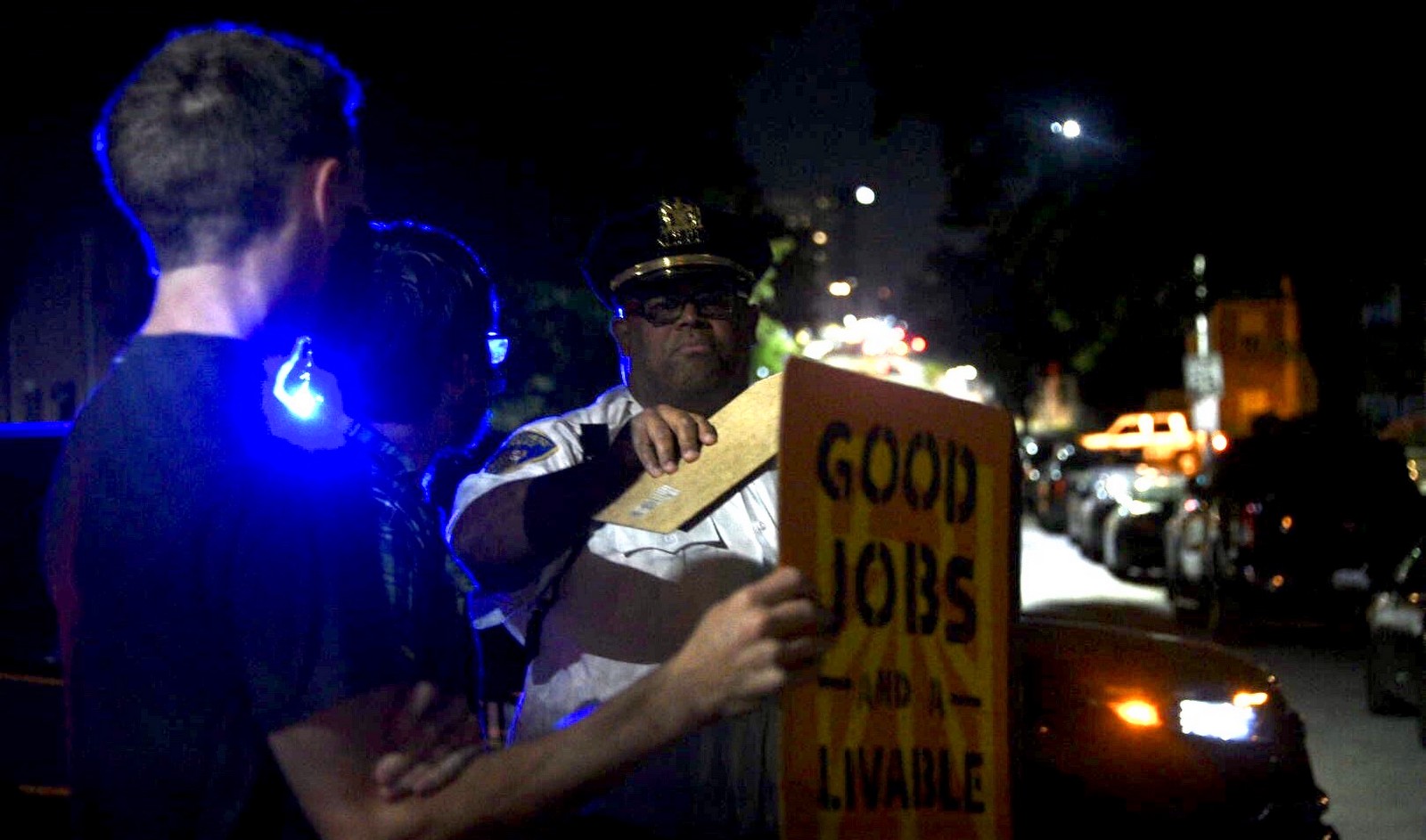 Sunrise, Wilson explained, is “a movement of people across the country to stop climate change in its tracks and the corrupting influence of fossil fuels on our politics and economy and to promote thousands of new jobs in the process.”

City officials say they are committed to increasing the use of recycling, composting and other zero waste strategies, but argue that ending its use of BRESCO after the contract expires at the end of next year is too costly and unworkable.

Sunrise, along with the South Baltimore Community Land Trust and other BRESCO foes, say the transition to a post-incinerator solid waste strategy is affordable and must happen now.

At the 5 a.m. action, protesters chanted, “Wake up Jack!” as they stood behind a banner that said, “This is an emergency – act like it!”

Young’s spokesman has not responded to a request from The Brew for comment – or confirmation that Young was even in the North Central Avenue rowhouse at the time of the protest.

But some of the mayor’s neighbors who did hear the commotion were not happy about it.

“I’ve lived here all my life,” a 65-year-old resident of the neighborhood told a reporter. “If you want to change something, vote or take it to City Hall. People here work all night. We need sleep, not this.”

The protesters said the situation is urgent, affecting the health of citizens across the city but especially those living in the South Baltimore neighborhoods that have had higher rates of asthma and other respiratory disease. 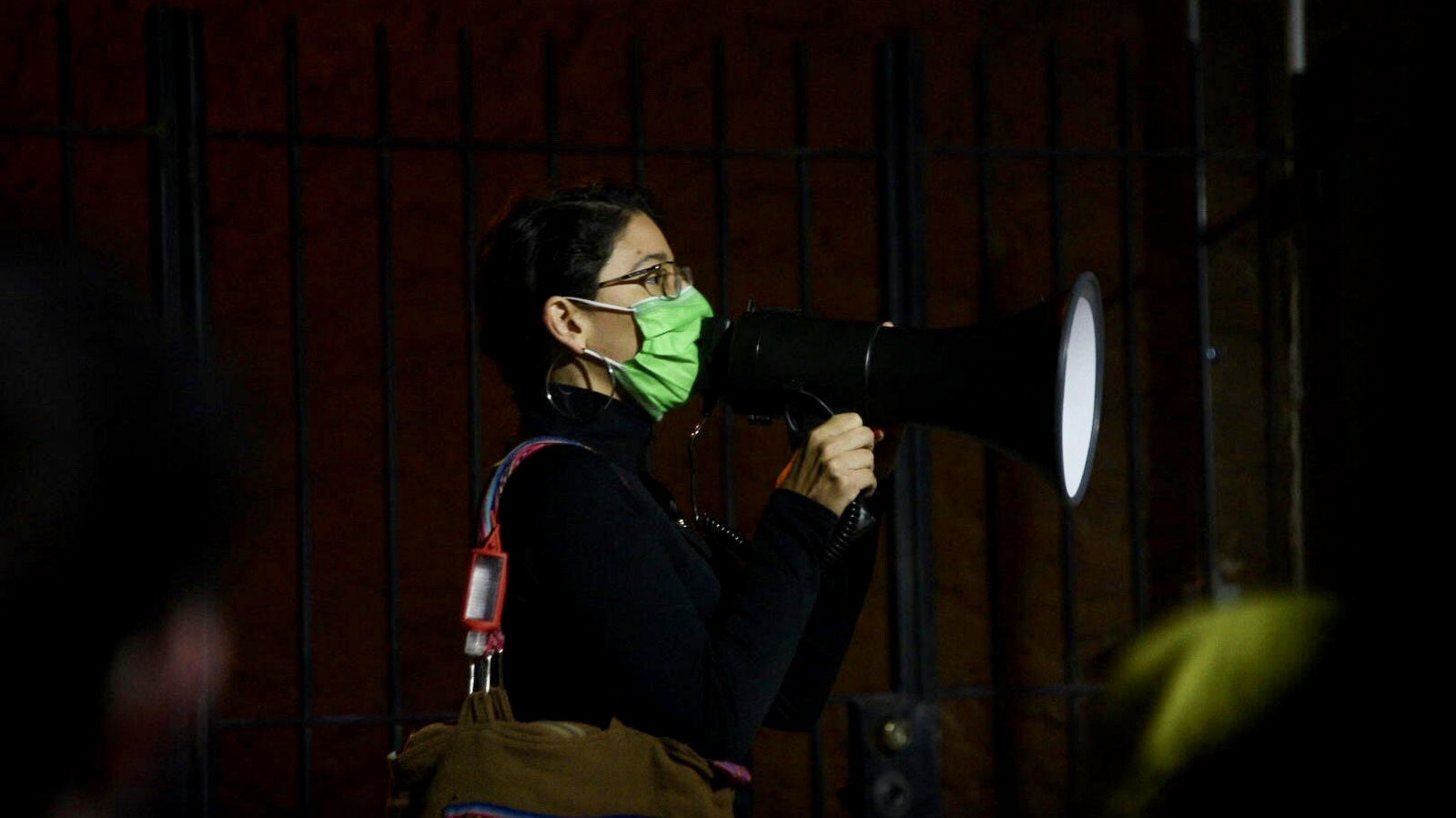 The offer to extend Wheelabrator’s contract comes as part of negotiations over a legal challenge to the strict emissions standards imposed earlier this year under the “Baltimore Clean Air Act.”

Pushing to keep pressure on Young, Councilwoman Mary Pat Clarke recently introduced the “Ban the Burn Act,” a bill to prevent the city from entering into contracts with incinerators.

“Whether it’s five more years or five more days of having this incinerator, it’s going to continue to poison our families” – Franca Muller Paz.

Pointing out that the presumptive next mayor, Council President Brandon Scott, is on record calling for the shutdown of the incinerator, the activists yesterday said Young should leave the decision about BRESCO to his successor and not commit the city to its continued operation.

“Whether it’s five more years or five more days of having this incinerator,” Muller Paz said, “it’s going to continue to poison our families.”

• J.M. Giordano contributed to this story