The program – in which camera-mounted planes circle the city during daylight hours, recording everything within range below – is less intrusive than other government aerial surveillance programs permitted by the Supreme Court, the U.S. Court of Appeals in Richmond concluded.

“What a person knowingly exposes to the public is not a subject of Fourth Amendment protection,” Judge J. Harvie Wilkinson III said, writing for the majority in the 2-1 decision.

He also said the risk that the program would infringe on constitutional rights is balanced by its potential to address the city’s serious crime and violence problem.

“Baltimore is one of the more dangerous cities in America, with hundreds of people being murdered every year,” Wilkinson wrote, attributing this observation to Alec MacGillis’ 2019 New York Times Magazine article, “The Tragedy of Baltimore.”

“Citizens have a strong interest in the AIR program not being strangled in its infancy”  – Judge Harvie Wilkinson.

“As cherished as constitutional rights are, the Founders understood that the Bill of Rights was not the only source of rights worthy of protection,” he continued, citing the Declaration of Independence’s “life, liberty and the pursuit of happiness.”

“When hundreds of Baltimore residents are killed on their streets each year, their rights to life are not protected,” he wrote. “Citizens have a strong interest in the AIR program not being strangled in its infancy.”

“Head in the Sand”

The decision comes in an April lawsuit and subsequent appeal filed by the American Civil Liberties Union and ACLU of Maryland, seeking to stop a six-month trial of the AIR Program, which it called a “society-changing threat to individual privacy.”

Dissenting in today’s ruling, Chief Judge Roger L. Gregory said the majority opinion rests “on a fundamentally warped understanding of the facts” and that “no crime rate can justify warrantless aerial surveillance of an entire city, wholly unchecked by the judiciary.”

The majority concluded that the program is “short-term surveillance,” acceptable because of its self-imposed limitations of only flying during daytime hours, capturing pixelated dots rather than identifiable faces.

Gregory argued that the program does amount to long-term surveillance because it makes it possible to track patterns over time and combine data with other information, gleaned from CCTV cameras, security cameras, license plate readers and other sources.

“While most people understand that a security camera may record them as they walk down a city block, they also reasonably expect that police will not secretly monitor and catalogue every single movement of an individual’s car for a very long period,” he wrote.

“Dragnet law enforcement tactics are nothing new for many neighborhoods in Baltimore”  – Judge Roger Gregory.

He said the majority’s portrayal of the AIR program “aligns with BPD’s public assurances about how the program is intended to be used, but requires putting one’s head in the sand about the program’s capabilities.”

He predicted that the consequences of the AIR program’s “unconstitutional nature” are likely to be felt in the same Black neighborhoods “where BPD’s discriminatory practices have already left generational legacies.”

“Dragnet law enforcement tactics are nothing new for many neighborhoods in Baltimore,” Gregory wrote.

Scott Urged to End it

The lawyers who brought the case, on behalf of Leaders of a Beautiful Struggle, Erricka Bridgeford and Kevin James, said they were “extremely disappointed” by the decision.

“This kind of aerial surveillance could become a chilling, all-seeing part of daily life across the country,” said Brett Max Kaufman, senior staff attorney in the ACLU’s Center for Democracy.

“This oppressive surveillance is likely to fall on exactly the kinds of minority communities who have suffered under decades of segregationist and exclusionary policy and policing,” Kaufman said.

“If we do not stop it here, this technology will surely spread and trample the rights of people in other cities”  – David Rocah, ACLU of Maryland.

David Rocah, senior staff attorney at the ACLU of Maryland, urged mayor-elect Brandon Scott not to resume the surveillance flights.

“If we do not stop it here, this technology will surely spread and trample the rights of people in other cities across the country, particularly those of Black and Brown people,” he said. 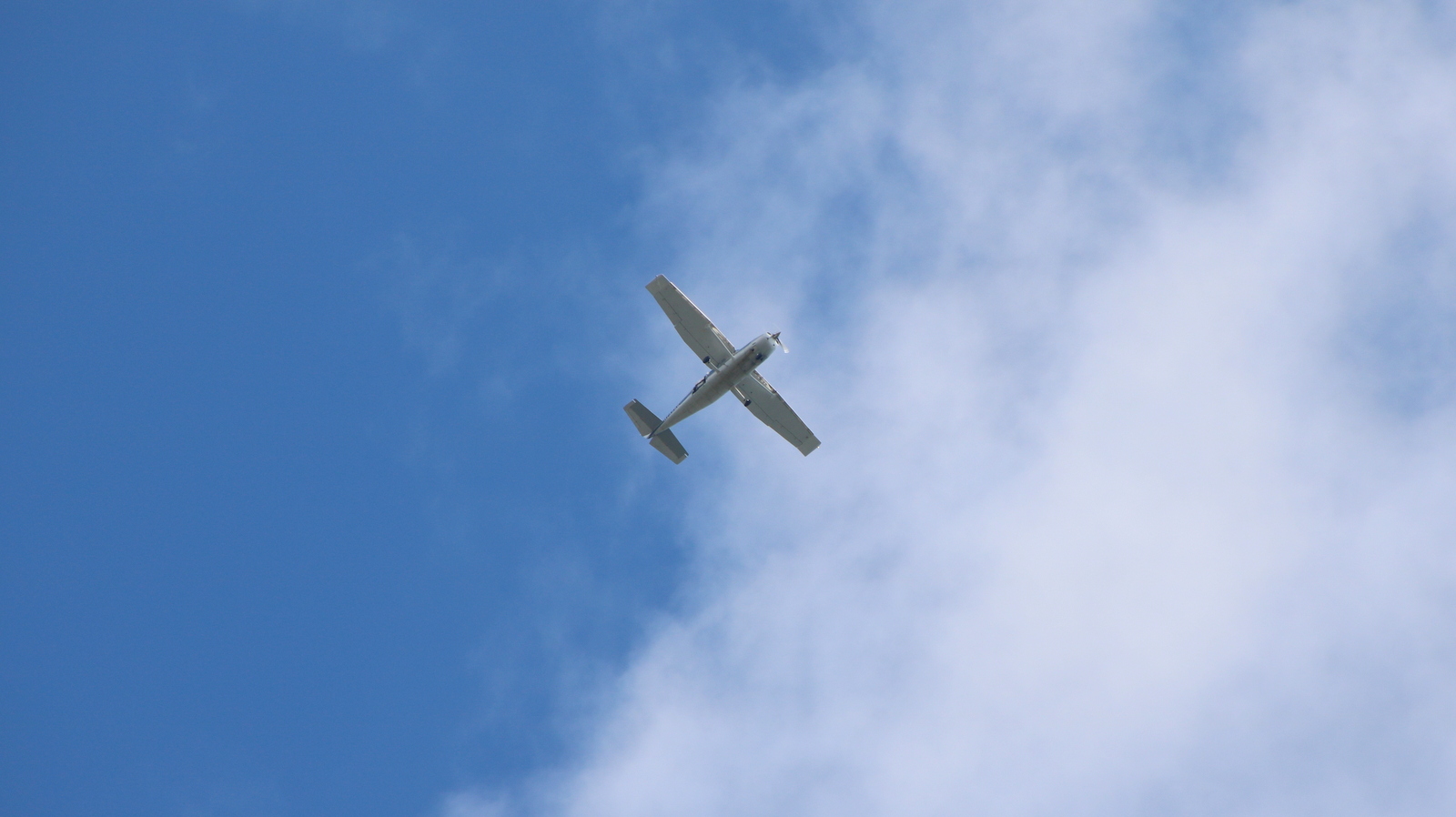 The spy plane’s future is hazy, despite today’s ruling. It was issued just days after the program, backed by outgoing Mayor Bernard C. “Jack” Young, ended its six-month trial period with unimpressive results.

Last month, the City Council passed a unanimous resolution calling on the Board of Estimates to hold a public hearing on the controversial program before extending AIR

Councilwoman Mary Pat Clarke, who introduced the measure, said she was responding to concerns about privacy and widespread complaints about the planes’ droning noise as they fly, loop after loop, over the city.

Meanwhile, City Council President Brandon Scott, who takes office as mayor on December 8, is on record saying he believes the surveillance plane is ineffective and indicated he does not support continuing the program.

• To reach this reporter: fern.shen@gmail.com