An ACLU lawyer hammered away at Baltimore’s surveillance plane program in a federal appeals court, calling it an unconstitutional violation of privacy, but two of the three judges who listened appeared mostly unconvinced.

Senior ACLU attorney Brett Max Kaufman argued that the planes – flying since May, mounted with an array of cameras recording vast swaths of the city below – must be be stopped immediately because the program violates the Fourth Amendment’s prohibition against “unreasonable searches.”

“Society does not reasonably expect that government cameras in the sky will record the whereabouts of an entire city population, second-by-second, for 12 hours a day over 180 days,” Kaufman said yesterday, during arguments in teleconferenced oral arguments before a three-judge panel of the U.S. Court of Appeals in Richmond.

“Whose constitutional rights is this violating?” Wilkinson, a Reagan appointee, asked.

“These are simple observations of public movements, and it’s not inside someone’s dwelling, it’s public streets, where someone’s expectancy of privacy is minimal,” he said. “We’re not talking about excessive police force, so is it the right of the pixel whose rights are being violated?”

The police and Persistent Surveillance Systems, the Ohio-based company that is providing the technology, have dismissed privacy concerns, saying the low-resolution footage captures individual people with just a pixel or two.

But the program allows the aerial footage to be cross-referenced with security cameras or other ground level video, making it possible for police to identify thousands of residents whose license plates or faces are caught on street cameras.

Allowing the city to potentially track anyone who steps outside their door is an alarming expansion of the city’s surveillance capability, Kaufman said.

“If the purpose of the program wasn’t to identify people, they wouldn’t be using it in the first place,” he said.

Controversy has followed the “spy plane” program since the disclosure that Persistent Surveillance partnered with the Baltimore police department to secretly fly a surveillance plane over Baltimore in 2016.

But Persistent persisted, and the Board of Estimates approved a six-month privately-funded pilot program, with police saying the footage would only be used to help solve homicides, shootings, armed robberies and carjackings.

The ACLU and the ACLU of Maryland sued the BPD, seeking an emergency injunction to halt the program. But U.S. District Judge Richard Bennett ruled in April that it does not violate privacy rights and allowed it to go forward. 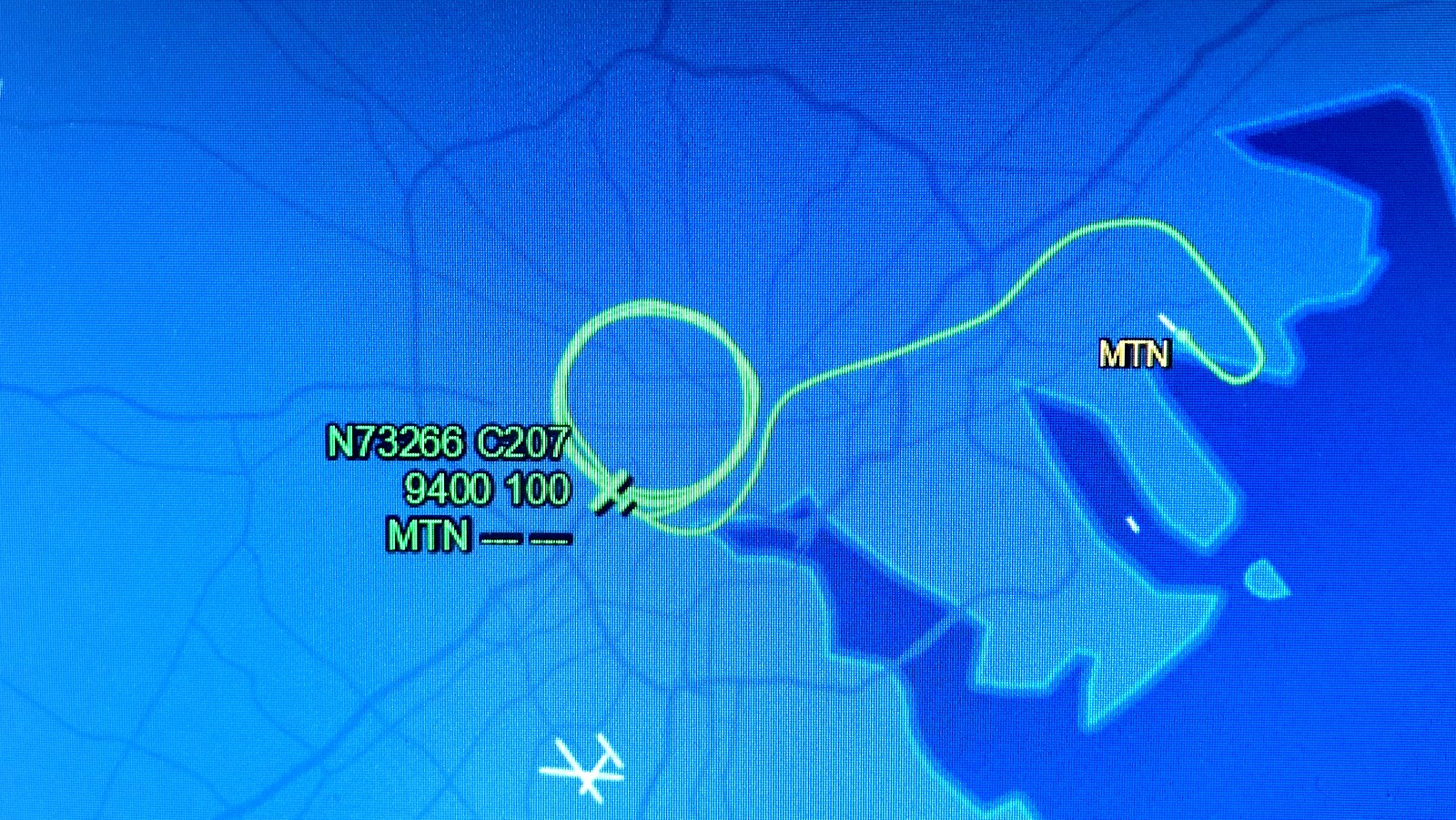 The path of the Baltimore Police aerial surveillance plane as it flew over the city on May 2, 2020. (flightaware.com)

Since then, as many as three planes have been flying above Baltimore at any given time, although on some days only one or two of the small Cessnas have been aloft, according to flight radar websites.

The droning sound of the planes, flying in tight circles over the east and west sides of the city, has generated widespread complaints and even a parody Twitter account.

Although Police Commissioner Michael Harrison previously stated that the plane would stay at 8,500 feet, it has often flown as low as 3,000 feet.

Asked in July about the planes’ effectiveness, Harrison said their footage helped close two cases, a homicide and a nonfatal shooting. In court yesterday, the city’s attorney, Rachel Simmonsen, was unable to provide any additional information.

“I don’t know anything more about the success of the program,” she said.

Yesterday’s oral arguments demonstrated the judges had sharply differing views of the technology before them and its implications.

Wilkinson and Judge Paul V. Niemeyer said that the issue at hand is the filming from the air, not the investigative process that it facilitates.

“Clearly, the program says that you cannot pick up the pixel from the prior day, because you can’t distinguish them,” Niemeyer said. “This is so generalized, that I’m not sure it even fits within the language of the Fourth Amendment [about] protecting the privacy of individuals or protecting people, their papers and their houses.”

“Like invading someone’s home with a camera and taking a photograph of you, then say, ‘It’s no problem because we never developed the film.’”

But Chief Judge Roger L. Gregory was highly critical, asking Simmonsen to explain the circumstances under which police and analysts would connect a pixel representing a person with the footage collected from street cameras.

Only individuals at a crime scene, or those who have crossed paths with one, would be identified and tracked, she assured him.

Gregory, a Clinton appointee, countered that it is unconstitutional to gather such information in the first place.

“That would turn the Fourth Amendment on its head,” he said. “That’s like invading someone’s home with a camera and taking a photograph of you, then say, ‘It’s no problem because we never developed the film.’”

“Your honor, they could already pull someone’s info off a pole camera near a crime scene,” she pointed out.

Kaufman acknowledged that currently used surveillance techniques are constitutional, but said the scope of the surveillance program crosses a line.

What the city is proposing, he said, “is the most ambitious mass surveillance program ever deployed in an American city.”