Baltimore’s  preservation commission voted 9-0 today to reject a developer’s proposal to construct a large building on a small plot of land in Woodberry, despite its own staff recommending that the project be approved with conditions.

The vote came after residents who live near the site at 3535 Clipper Road said they thought the proposed apartment building was too tall and too massive for the historic millworker community.

CHAP, the Commission for Historical and Architectural Preservation, had received more than two dozen letters or emails from people opposed to the project, in addition to public testimony during a virtual hearing that lasted nearly two hours.

The vote came after Larry Jennings of Valstone Partners revealed himself to be the force behind the proposal.

Residents said they had previously understood that Katherine Jennings was the lead on projects planned for Clipper Road, while Larry Jennings, her ex-husband, was behind the development projects in Clipper Mill, a separate planned community in Woodberry.

Today Larry Jennings referred to the Clipper Road development as a project of “the Jennings family” and took on the mantle of advocacy.

Commission members were told the new building was designed to be a twin to a 51-unit apartment building planned for 3511 Clipper Road.

That was part of the site where two 1840s millworkers houses were razed last year, with Katherine Jennings getting the blame and the community uniting to be designated a local historic district to prevent further unexpected demolitions. 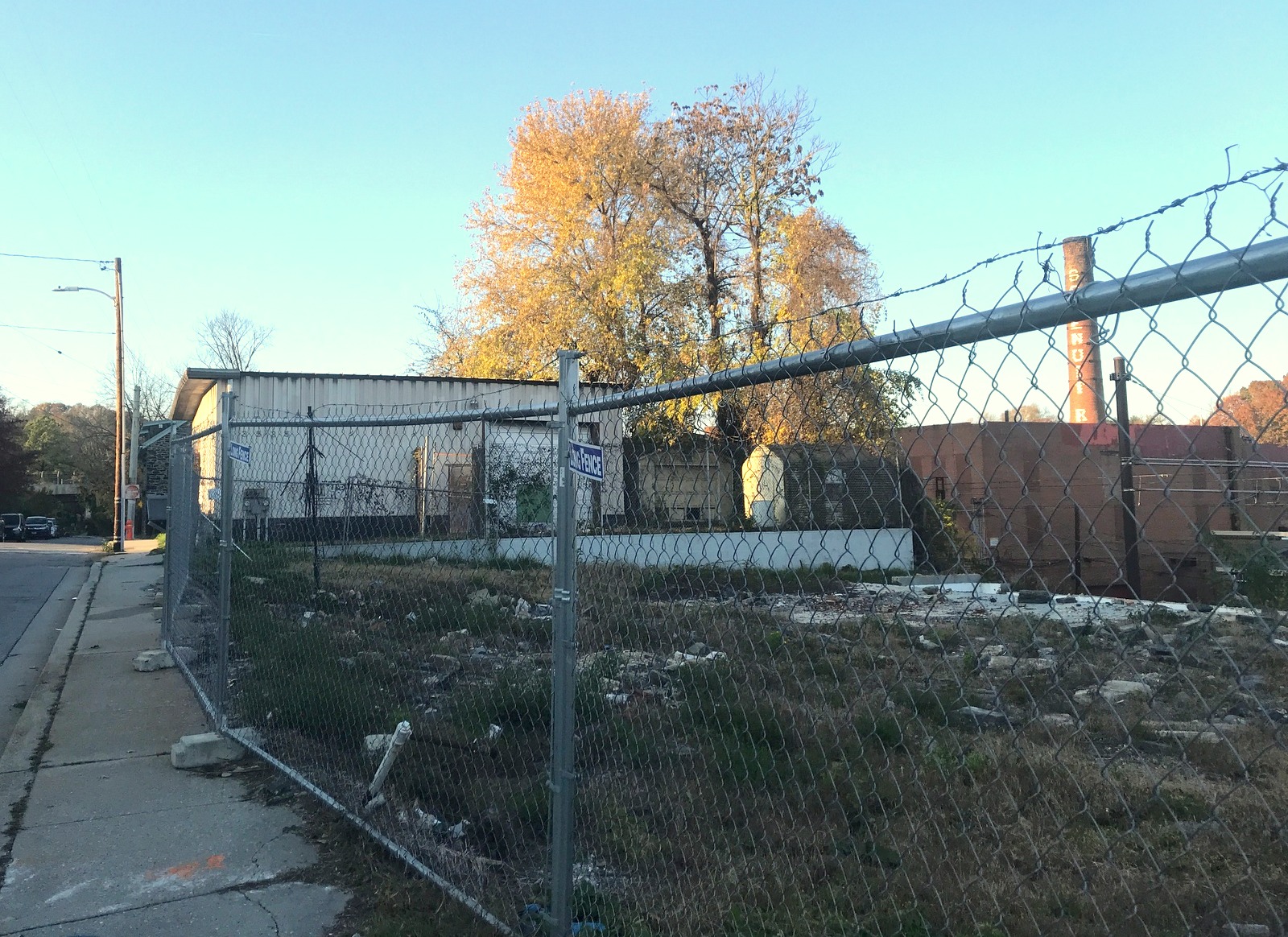 The stretch of Clipper Road where Larry Jennings wants to erect two buildings with over 100 apartment units. (Mark Reutter)

CHAP’s staff recommended that the commission give conceptual approval to the new project on the condition that Jennings remove a floor or part of a floor, so the building would be lower and more compatible with the surrounding houses.

But Jennings argued he shouldn’t have to lower the height at all because Woodberry had buildings that were taller than the houses in the immediate vicinity.

After deliberation, the panel decided to overrule its staff and not grant approval. It invited the Jennings family to come back at a future date with a revised design that responded to residents’ concerns about height and scale and fit in better with the community.