A portion of the Schenuit Rubber Tire Factory building in Woodberry, the site of one of the city’s earliest textile mills and the future site of a self-storage facility, collapsed last night.

Neighbors said the collapse took place at about 8:30 p.m. and that its proximity to the tracks temporarily halted Light Rail service.

By mid-morning today, Light Rail service had resumed, but workers were keeping the public away from the badly damaged three-story brick structure.

The fallen-in middle section of the graffiti-tagged industrial building, whose address is 1750-1760 Union Avenue, could clearly be seen from Clipper Road.

The roof has collapsed, exposing rusty machinery and spraying bricks, pipes, metal girders and cinder blocks out towards the tracks.

• As Woodberry becomes a historic district, a key historic site is targeted for demolition (7/29/20)

Members of the development group that represents the building’s owner, Remington Clipper Mill LLC, said they could not yet comment on the collapse.

“We’re still trying to get our arms around what happened,” said Matthew T. Allen, director of development for Klein Enterprises. 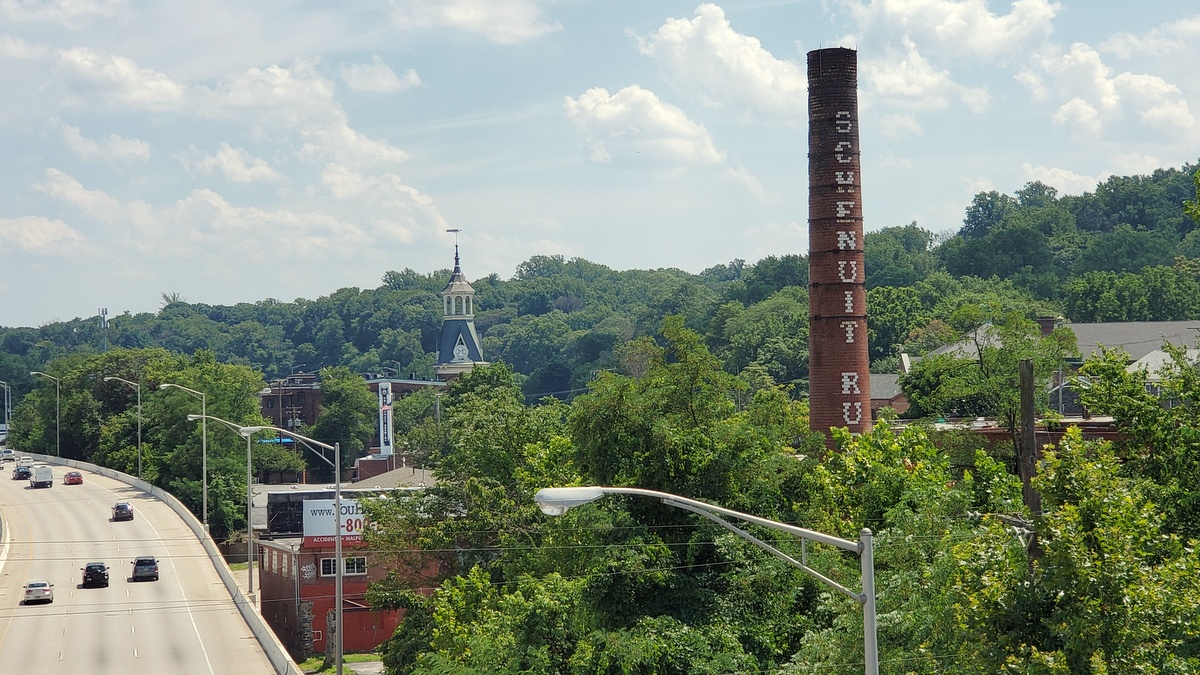 A familiar sight to motorists on I-83, the smokestack of the Schenuit building, which partially collapsed last night. (Ed Gunts)

The collapse was the latest sign of neglect in one of Baltimore’s most historic areas.

The Schenuit building was constructed on the site of the Woodberry Factory, a textile mill opened in 1843 by Horatio Gambrill and David Carroll.

It became part of the Mount Vernon Woodberry Cotton Duck Company, a conglomerate that made cotton duck for sails on ships, one of the signature industries of 19th century Baltimore.

The mill was sold in 1924 to Frank G. Schenuit Rubber Co., which manufactured tires for cars and trucks, but destroyed by fire in 1929. When the mill was destroyed by a fire in 1929, Schenuit put up the current building, framed by that towering stack, a familiar sight to motorists on I-83.

Earlier this year, Woodberry was designated a local historic district, but the Schenuit building was exempted by a last-minute amendment to the legislation that created the district.

The amendment was approved after a group that included executives from Klein, a regional strip-mall developer, called on the 7th District councilman, Leon F. Pinkett III, to be excluded from oversight by the Commission for Historical and Architectural Preservation (CHAP). 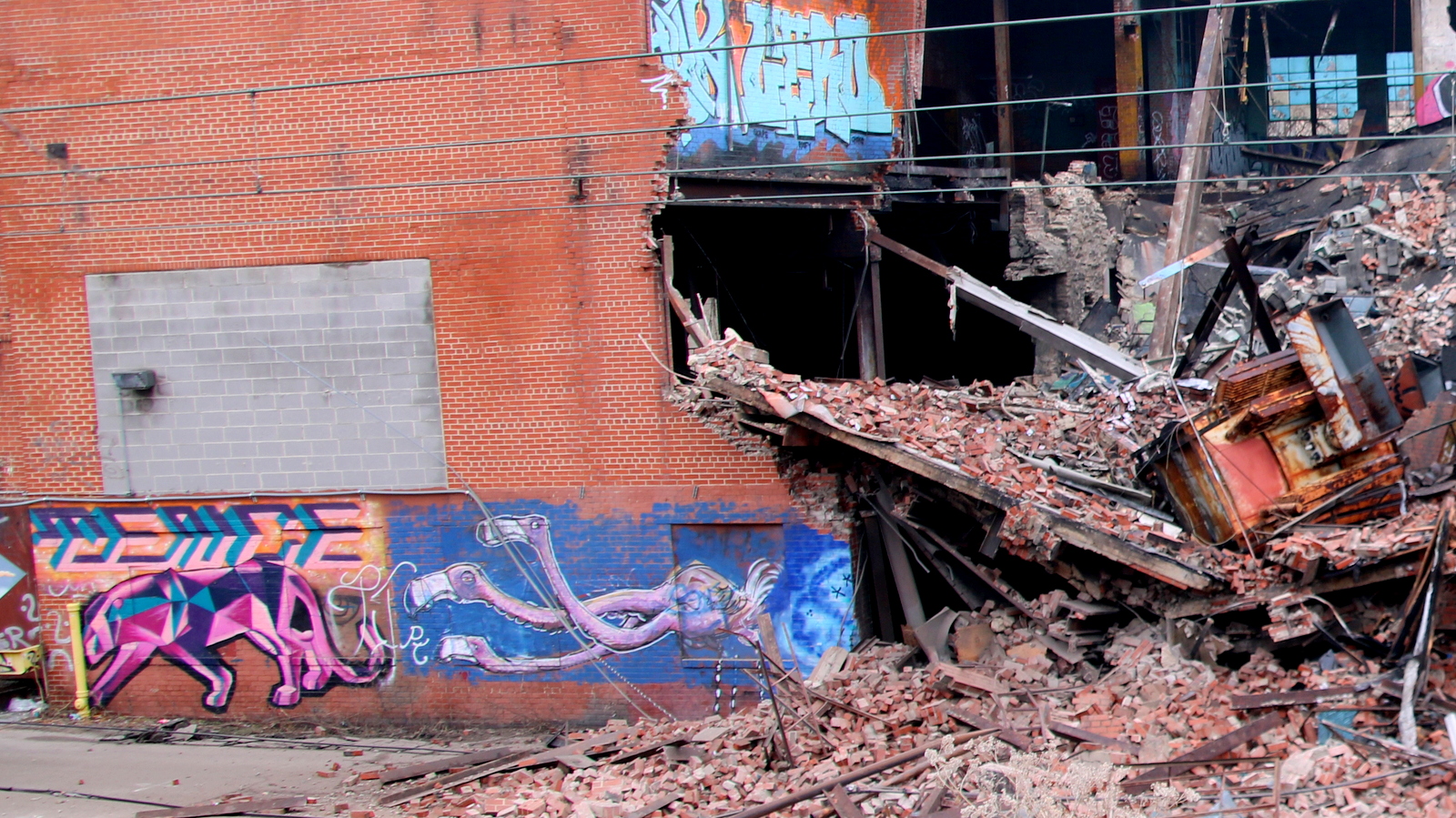 Vacant and unused for decades, the Schenuit building has been a canvas for Baltimore street artists. (Fern Shen)

A lawyer representing the developers argued it would be unfair to make them go before CHAP – and possibly be told they cannot tear the building down – after the money they had invested in planning.

The building has been so damaged by small fires that it was unsafe and couldn’t be preserved, lawyer Joseph R. Woolman told members of the Planning Commission at a meeting last July.

Community members and preservationists objected to demolition that would replace the old factory with “a strip-mall-style storage facility.”

The Woodberry Community Association and Baltimore Heritage both urged that the historic district measure be passed without the amendment that exempted the Schenuit building.

But except for 3rd District Councilman Ryan Dorsey, the City Council approved the amendment.