Six days after developer Larry E. Jennings Jr. revived a $25 million lawsuit against Clipper Mill residents who spoke out against his plans before Baltimore’s Planning Commission, the panel is holding another public hearing about one of the projects.

On the agenda this afternoon is an item involving the Tractor Building, a historic structure that Jennings wants to partially demolish and replace with 98 apartments built inside the remaining shell.

The massive building, where the columns of the U. S. Capitol were made, is part of the new Woodberry Historic District. The planned conversion, Jennings says, represents an investment of about $35 million.

The hearing is the first to take place since Jennings, senior director of ValStone Partners, sued residents to punish them for testifying against the projects he wants to build at Clipper Mill.

Jennings’ suit was dismissed by a Baltimore Circuit Court judge, but the developer filed notice to appeal the dismissal last Friday.

Today’s hearing is potentially a test for whether Jennings’ $25 million complaint might have a chilling effect on citizen participation in a public hearing.

It will also be the first commission meeting on a Jennings-related project since Brandon Scott became mayor and named Jennings to serve on his transition team, knowing that the developer sued city residents for publicly criticizing his projects.

Also on Scott’s transition team is Sean Davis, who was chair of the commission during the tenure of former Mayor Bernard C. “Jack” Young, when the board approved two controversial projects that Jennings wants to build at Clipper Mill. Davis remains the chair.

Additionally, this will be the first panel meeting since the Woodberry Community Association elected a new slate of officers. The group’s new president is Alyssa Brown. 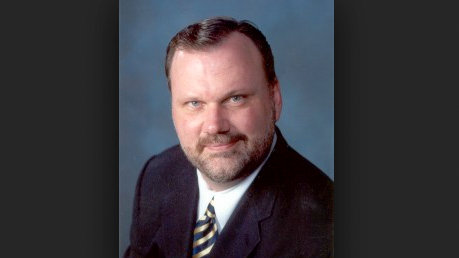 Nugent is the judge who dismissed Jennings’ lawsuit against the residents, saying it was a textbook example of a Strategic Lawsuit Against Public Participation (SLAPP), which is illegal in Maryland.

The residents had argued in their appeal that the Planning Commission didn’t provide “findings of fact,” as required by law, to support its votes to approve Jennings’ project. According to the agenda item, the hearing will be a “discussion of facts that led to approval of minor change and final development plans” for the Tractor Building project.

John Murphy, an attorney representing two homeowner groups at Clipper Mill that appealed the commission’s action, said he wants the commissioners to address three issues the residents raised in their appeal.

First, he said, the Planned Unit Development (PUD) zoning legislation that controls development at Clipper Mill requires that changes to the Tractor Building be reviewed by the Maryland Historical Trust and the National Park Service, and that was never done.

Second, he said, the developer proposed to construct a parking garage on land just west of the Tractor Building, and the residents contend that a garage is not a permitted use for that site under the PUD legislation currently in place.

Third, he said, the residents believe the proposed 98 apartments may exceed the number of residences allowed at Clipper Mill by the PUD.

At the hearing last June, Davis and other members of the commission said the PUD was vague and much modified, so they were relying on the planning staff to tell them if Jennings’ plans complied with the PUD legislation.

Eric Tiso, division chief for land use for the city planning department, told the commission that staff found that Jennings was in compliance on the number of residences and the garage proposal. Tiso said the Maryland Historical Trust didn’t want to review the design because the developer wasn’t seeking tax credits for historic preservation.

Murphy said the residents contend that the commission didn’t have the authority to unilaterally waive zoning regulation and absolve Jennings from complying with the terms of the PUD.

He said the only public body that can change the requirements of the PUD is the City Council by passing an amending ordinance, and that was never done.

Tiso said that might be true if the changes were considered major amendments to the PUD, but the staff determined they were all minor amendments and that the Planning Commission could be the final authority.

The Tractor Building appeal is one of three that citizens of Baltimore have filed within the past year related to pro-developer rulings by the Planning Commission.

Others involve a 30-unit stacked townhouse development planned by Jennings at Clipper Mill and the subdivision of the Mount Vernon Place United Methodist Church property so that a developer can sell off the historic church office building.

The Planning Commission hearing is scheduled for 1:30 p.m. today. After the panel takes whatever action it decides on, Judge Nugent intends to hold a court hearing within 60 days to rule on the residents’ appeal.