Not everyone wants to stay home from school, even though Covid-19 is spreading faster than ever in Maryland and across the country.

Some students complain their grades and motivation have been slipping without their school communities – and say they feel safe going back to the classroom.

“I do believe that it’s safe,” said Kyree’ Sykes, a Dunbar High School junior and the student member of the Board of School Commissioners. “As a district, I believe we’ve taken all the precautions that we need to, to protect our students.”

Teacher and parent groups have strongly opposed Baltimore’s limited return to poorly ventilated school buildings – even more so with the past week’s precipitous spikes in Covid case numbers – but Sykes disagrees.

He doesn’t belong to any of the groups being prioritized for in-person instruction. He’s not homeless, isn’t an English learner, doesn’t have disabilities, regularly attends class online, so he won’t be back to Dunbar anytime soon.

• PART 1: Despite Covid spreading faster than ever, Baltimore moves ahead with partial reopening (11/19/20)

But he has his hands full, helping his younger siblings with virtual learning and attending Board meetings. He said his grades have been worse this semester because of the added responsibilities.

“I tend to forget about my own self, my own school work, to support others,” Sykes told The Brew. “It’s hard, because I’m not getting the support that I really desire, and I think I deserve. It’s like a lose-lose situation.” 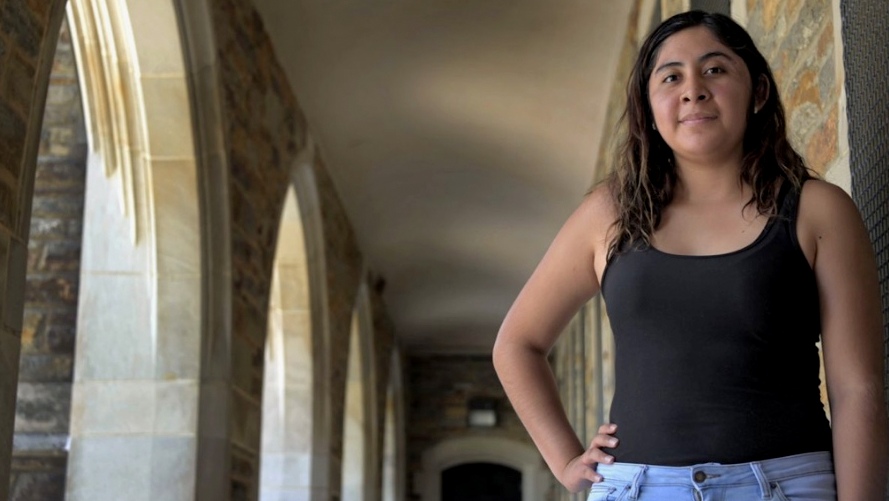 Haydee Berdejo, an English learner, favors returning to the classroom with precautions. (@FrancaMullerPaz)

Haydee Berdejo, profiled by The Brew earlier this year, arrived in Baltimore and started at City College just a few weeks before schools closed in March.

It’s a lot harder to learn another language on a screen.

“It’s pretty slow, but it’s going,” she told a reporter earlier this year in Spanish.

Berdejo also said she wants to go back, with precautions in place, so she can get the in-person instruction she needs to learn English, and so she can resume her involvement with the youth advocacy group SOMOS (Students Organizing a Multicultural and Open Society).

City College is not one of the 27 schools that partially reopened this week.

In response to the pandemic, City Schools has spent millions on Chromebooks and internet access for students, and Comcast has expanded its affordable offerings.

But while most have internet access now, students and teachers say Comcast’s Internet Essentials offering is too slow, especially for households where many people have to be online at the same time. Zoom frequently malfunctions on Chromebooks.

“A lot of students just don’t have the internet capacity to have cameras on. They even struggle having their microphones on,” said Franca Muller Paz, who teaches at City College and ran unsuccessfully for City Council this year.

“As soon as their camera comes on, their signal goes out,” she said.

“I want to make it better for them, and for them to see their friends, but I want them to be safe”  – Kelly Hope, Patterson High School teacher.

Kelly Hope, who teaches English for speakers of other languages at Patterson High School, opposes reopening, but says the virtual learning experience for city students must be improved.

Fewer than half of her students show up on a daily basis, though the vast majority show up at least sometimes. Her students often have to turn off their video in order to maintain a connection to the class.

“I can’t look at them, I can’t read their body language,” said Hope. “I want to make it better for them, and for them to see their friends, but I want them to be safe.”

For BTU spokesman Corey Gaber, this year has shown the need to replace Comcast with municipal broadband.

“We need internet as a public utility,” Gaber said. “That way we don’t have to navigate through a for-profit monopoly.” 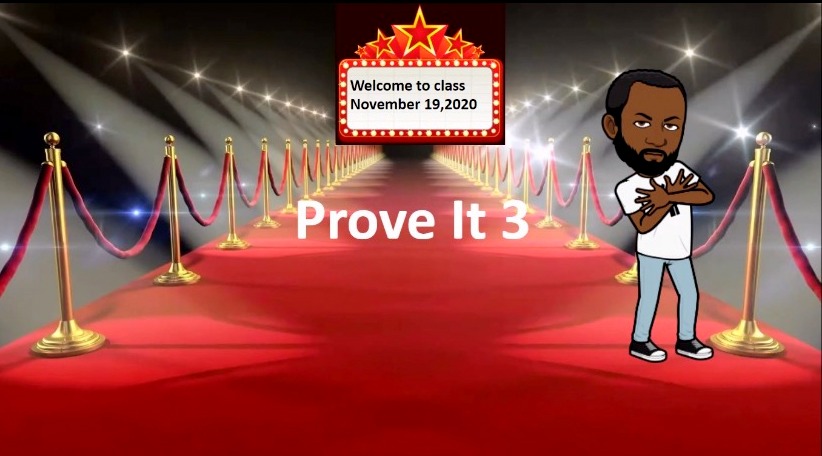 Ja’sha Prince, a senior at Mergenthaler Vocational-Technical High School, is active in at least three extracurricular groups, and has her heart set on the University of Maryland, College Park.

“I feel very safe to go back to school,” she said. “I’m more concerned about: Will I get into college?”

Prince wants to be a lawyer, and before the pandemic she would often go to school early, make herself coffee and tidy things up, getting ready for the day. Online, she’s had a hard time holding herself accountable to focus and get her work done. She and her friends commiserate about it via text.

“I wouldn’t do that in class because of expectations,” she said. “There’s no rules to follow. Sometimes I just go to sleep. Math is boring – period.”

“Anxiety: am I doing everything right? Am I working hard enough?” she continued. “That’s what I’m worried about, for all my hard work to disappear.”

“I feel very safe to go back to school. I’m more concerned about: Will I get into college?” – Ja’sha Prince, Mervo senior.

Administrators sometimes drop in on classes to observe, which teachers say has hurt morale. Prince said they ask what the class is doing, which she says is not the most important thing.

She said she’s struggling without her friends and teachers. She misses when she and her friends would laugh so loud on the bus that the driver would threaten to kick them off.

“I never knew I could miss school. It was a comfort zone for me. It was a safe haven. Once I walk through that door, all my problems go away. I feel like everything is falling apart right now.”