Christopher J. Shorter, a veteran bureaucrat in D.C. government who currently is an assistant city manager in Austin, Texas, is the leading contender for the new post of Baltimore city administrator, The Brew has learned.

Shorter is the clear favorite of incoming Mayor Brandon M. Scott, who engineered the passage of the 2020 charter amendment (“Question K”) that establishes the new position.

Scott is expected to announce his choice for city administrator around the time he is sworn in as mayor next Tuesday.

His office had no immediate comment about Shorter or his expected appointment.

12/7/20 UPDATE: Scott today announced the selection of Shorter as city administrator and promoted Michael Huber as his chief of staff. Shorter will officially start in mid-January.

As the name implies, the city administrator will handle day-to-day operations and supervise the annual budget. Scott says the position will modernize and professionalize City Hall.

Under the charter amendment, Scott has the exclusive right to hire (and fire) the city administrator.

The biggest hurdle to Shorter coming to Baltimore, sources tell The Brew, is an opening in D.C. government for city administrator.

“The overall [financial] package is better here, considering the difference in the cost of living in Baltimore versus Washington,” said a source, who praised Shorter as “a well-liked and respected guy who is looking for a career opportunity.”

On Wednesday, the Board of Estimates cleared the way for funding the position, reclassifying a chief of staff vacancy to city administrator, the latter with an annual salary of up to $290,000. 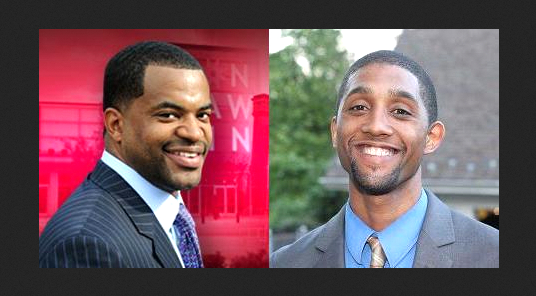 Scott says the city administrator’s salary will not increase the shortfall that Baltimore faces due to substantial tax revenue losses stemming from the Covid-19 pandemic.

Instead, the $80,000 salary difference between the COS position and the city administrator position “will be entirely covered by the existing mayor’s office funds,” Scott’s spokesperson, Stefanie Mavronis, said yesterday.

An additional position, for a deputy city administrator, will also be funded out of the mayor’s current budget, Mavronis said.

This is in contrast to the nine posts created for the office of incoming Council President Nick Mosby.

The salaries for Mosby’s new staff are not currently funded, setting up a source of conflict between Mosby and Scott before the two assume their new elected positions.

The budget office has estimated the price tag for Mosby’s new staff at $715,000.

This expenditure will require approval by a Board of Estimates that will be under Scott’s control with three of the panel’s five votes. Mosby will hold just one vote.

• Mayor Young explodes at his successor, saying his personnel decisions shouldn’t be questioned (10/28/20)

Hired by Austin in February 2019, Shorter now directs its health, culture and environmental services. His portfolio includes parks, libraries, garbage collection and health services with combined annual budgets of $340 million and 1,926 full-time employees, according to his LinkedIn profile.

He previously worked his way up a chain of offices in Washington, serving as special assistant and chief of staff for the D.C. Department of Youth Rehabilitation Services (2008-2012), chief operating officer for the Department of Health (2013-2015), and director of the Department of Public Works (2015-2019).

He is a graduate of the Florida Agricultural and Mechanical University with a master’s degree from the University of Pittsburgh.

Another person lobbying for the administrator job, sources said, is Andrew Kleine.

Baltimore’s budget director between 2008 and 2018, Kleine went on to become chief administrative officer for Montgomery County.

Kleine resigned last August under pressure from the county council after he was penalized for ethics violations stemming from his promotion of a book he wrote about being Baltimore’s budget director and for maintaining business ties with two companies he worked with while in that office.