After spending $133.6 million on upgraded equipment and a raft of consultant reports, Baltimore City and County still possess a water billing system that fails to collect millions of dollars of revenues and is plagued by over 22,000 non-functioning meters.

The lion’s share of the spending since 2011 – $129 million – was footed by Baltimore City residents, whose home water rates have skyrocketed over this period, according to a joint report issued today by the city and county Office of the Inspector General (OIG).

Despite substantial investments “to make water and sewer bills more accurate,” the report says, “there remain significant [problems] with the city’s water billing system, which are costing the city and the county millions of dollars in revenues.”

As chief of the water bureau and as DPW director before his retirement last February, Chow oversaw an $83 million contract with Itron, a West Coast utility manager, to replace over 400,000 mechanical water meters with Itron’s “smart” digital communication modules.

The digital modules were installed in the vaults of the old meters, which are buried in the ground or underneath sidewalks and driveways.

While DPW subcontractors replaced the cast-iron lids of the vaults (so the meters could better transmit data wirelessly), the city did not require replacement of the vaults themselves.

As earlier reported by The Brew (here and here), it became evident early on that the equipment was vulnerable to rainwater or snow seeping into the vaults, especially in Dundalk and low-lying areas of south and southeast Baltimore.

Other problems with the new system, according to the IG report, included eroding magnets in the meter vaults, power outages at buildings that housed the network receivers, and vehicles parked over vaults that blocked transmissions.

What’s more, 8,000 “tickets” about problems with county water accounts have not yet been resolved by DPW’s customer billing office.

Over $26 million a year is being lost from the malfunctioning “smart” meters, based on DPW estimates of household water usage.

The inspectors general did not estimate how much the city has lost in revenues, but a rough estimate can be made by DPW’s assertion that the average residential water bill in Baltimore was $100 a month in 2019.

That means that the city is losing just under $17 million in yearly revenues from the over 14,000 broken meters.

Based on the same level of consumption, those 8,000 “zero usage” meters in the county are costing another $9.6 million, for a total loss of over $26 million a year. 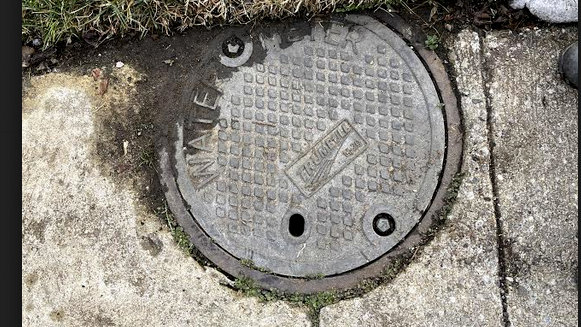 Moisture and dirt from last week’s snowstorm has seeped into this water meter, whose lid is new but whose vault is old and not waterproof. (Fern Shen)

They include errors that resulted in millions of dollars of unbilled water consumption by commercial users, including the Johns Hopkins medical campus, chemical manufacturer W.R. Grace, and the Sagamore Pendry hotel and Sagamore Spirit distillery owned by Under Armour founder Kevin Plank, The Brew reported last February.

(Commercial users are equipped with larger-sized water lines, therefore they are recorded and billed under different arrangements from residential users.)

As problems multiplied at DPW’s billing office, so did the costs of using high-priced consultants from Itineris. The Brew disclosed some of the money that DPW agreed to pay for support services, including $150 an hour for consultants and over $560,000 for meals, travel and lodging:

The original contract, for $8.4 million approved by the Board of Estimates in October 2014, has since ballooned to $26.7 million, according to today’s report.

The report does not explain why such widespread troubles were never fixed, except to blame “a fundamental lack of communication between the city and county” and “frequent turnover of leadership” in the customer billing system.

In fact, there were several years of blame deflection and suppression of data by both city and county governments. Today’s report cites expensive consultants’ reports that were never publicly posted by either jurisdiction.

• EXCLUSIVE: Baltimore is not collecting millions of dollars from commercial water users (2/28/20)

One example was a $420,000 contract that Baltimore County awarded to Baker Tilly Virchow Krause LLC in May 2018 to study the city’s water billing and operations system.

“The county shared this draft report with the former head of the city’s DPW for feedback; however, this official [Chow] never provided a response to the report. Therefore, the report was never finalized by Baker Tilly. Thus, this $420,000 is yet another form of waste,” they concluded.

Because Rudy Chow never gave a response, a $420,000 consultant report was never finalized.

Last March, Baltimore County commissioned another consultant, Texas-based NewGen Strategies & Solutions, to conduct an $845,000 review and evaluation of “existing contracts and overall water operations between the city and county.” A draft report is scheduled to be completed by the end of the year.

Meanwhile, a promised audit of commercial water bills by former Mayor Young – precipitated by leaked news that the Ritz Carlton Residences hadn’t been billed for 12 years and owed the city $2.3 million – was suspended last March.

The Young administration originally said the report would be completed by mid-April. But The Brew reported that the mayor’s office didn’t want anything released before the Democratic mayoral primary because it might jeopardize Young’s chances of winning. (He wound up with 6.2% of the vote.) 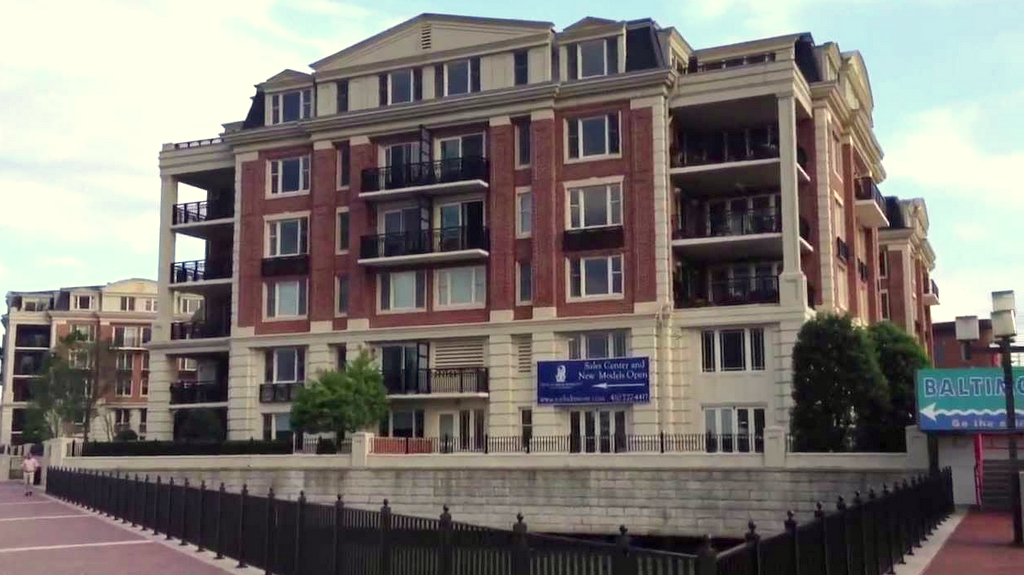 Ritz Carlton Residences still hasn’t paid its past water bill, caused by the city’s failure to hook up its meter to the new billing system. The enclave’s lawyers are now negotiating a settlement. (Mark Reutter)

Today’s report notes that the water audit was suspended in March, reportedly because of the Covid outbreak. Two months later, Sheryl Goldstein, who was in charge of the audit, resigned as Young’s deputy chief of staff.

In August, a Charlotte-based financial consultant, Raftelis, was hired at $96,000 to complete the audit by now-departed chief of staff Kimberly Morton.

Meanwhile, Rudy Chow has moved on.

After retiring from DPW last February, he was hired by Redlands, Calif., as director of municipal utilities.

In September, he returned East to become chief operating officer and interim general manager (GM) of the Washington Aqueduct, the drinking water system for northern Virginia and Washington, D.C.

“We are fortunate to have Mr. Chow lead this transition as we work toward filling the GM position,” announced Col. John Litz, commander of the Baltimore District of the U.S. Army Corps of Engineers, which operates the water system.

Litz cited Chow’s accomplishments in Baltimore, saying “Under his leadership, much-needed upgrades were made to Baltimore’s aging infrastructure” for which he was named one of the “Top 10 Public Works Directors” by the American Public Works Association.