Before she was deported from the United States in 1919, labor organizer and anarchist leader Emma Goldman was considered one of the most magnetic speakers of her time, drawing huge crowds whenever she lectured.

A century later, community leaders in central Baltimore are hoping that the bookstore and coffeehouse that bears her name will draw crowds to the Waverly Main Street renewal district and the Greenmount Avenue corridor.

After more than three years in Mount Vernon, the worker-owned cooperative that runs Red Emma’s Bookstore Coffeehouse has announced plans to leave its current location on Cathedral Street.

The co-op’s new home will be two buildings in Waverly – a former meeting hall and nightspot at 415 East 32nd Street and a former cocktail lounge at 3128 Greenmount Avenue.

The buildings will be combined to create a “multi-level community coffeehouse, bookstore and social center,” with the initial phase to open by the end of the year.

“We’re so excited to call Waverly our forever home,” Red Emma’s said in an announcement on social media. “Many of us live in Waverly/Abell, and we are so excited to join the diverse community of businesses that are already here.” 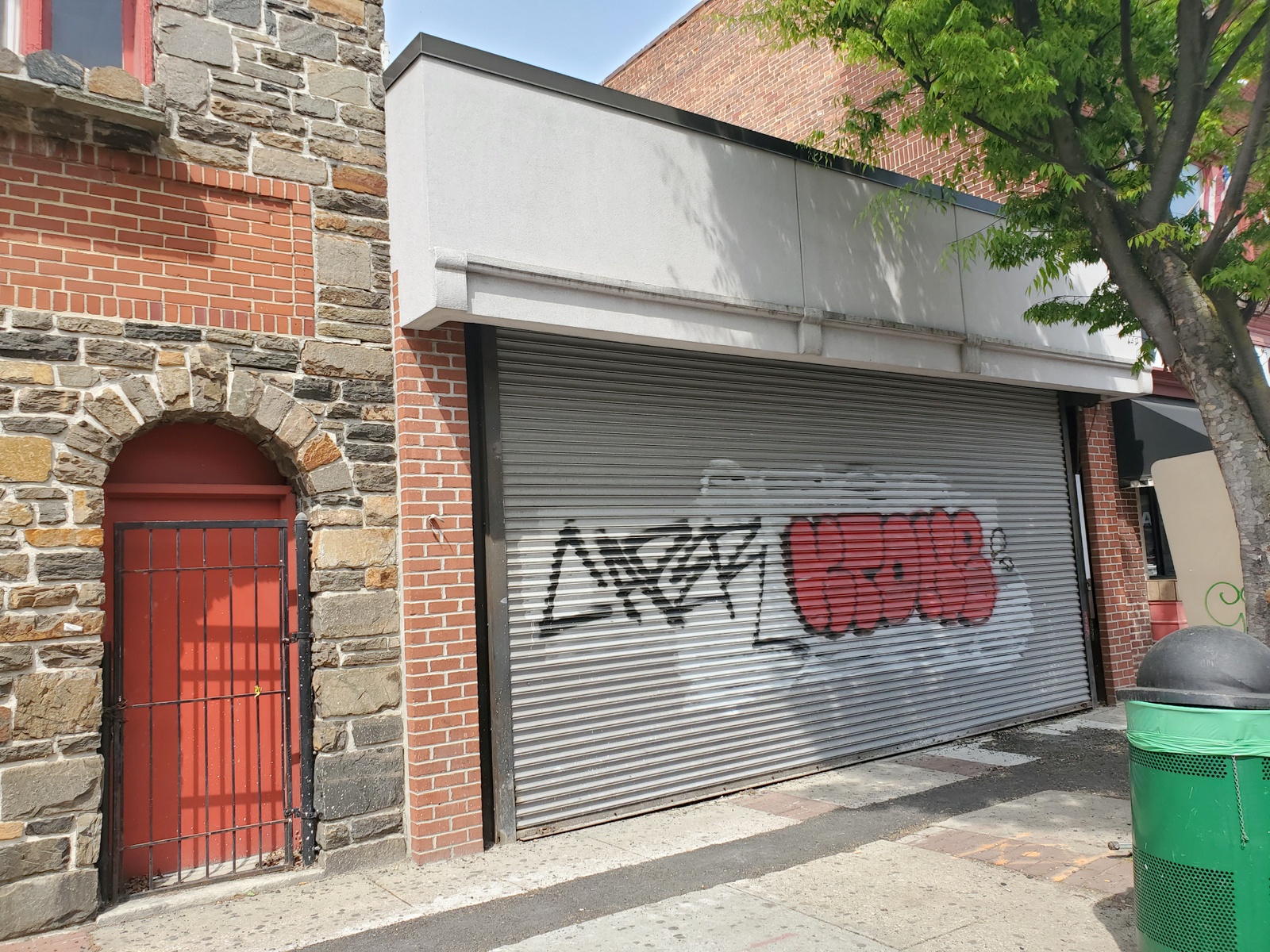 The move represents a potential investment of about $1.6 million to buy and fully renovate structures that have been vacant or underused for years.

The two-story building on 32nd Street is a prominent backdrop to the weekly Farmers Market in Waverly and stands next to Pete’s Grille, the breakfast and lunch spot famously patronized by Olympic gold medalist Michael Phelps.

But more importantly, she added, “the principles that they espouse, the worker-run co-op, will also bring new energy to Greenmount Avenue.” 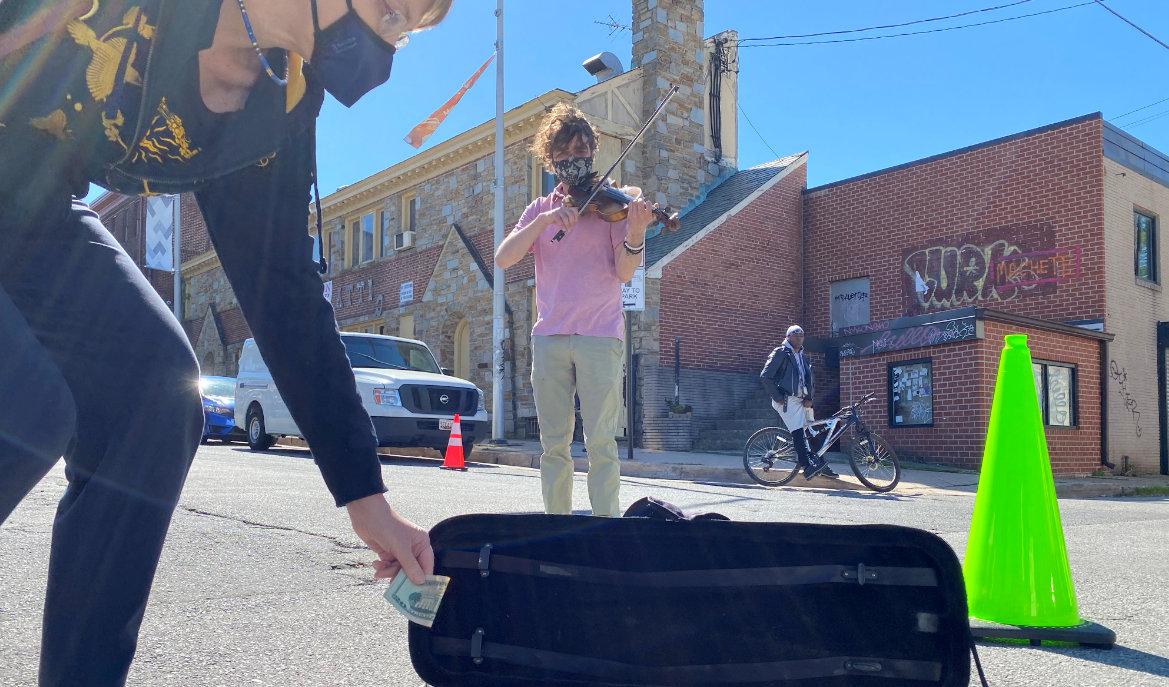 Leigh Kramer, president of the Waverly Main Street program, is also pinning her hopes on the opening, saying Red Emma’s should attract other businesses “we desperately need.”

Community leaders say Red Emma’s should fit in well with other development they are courting along the once-thriving, now-bedraggled commercial stretch of Greenmount between North Avenue and 34th Street.

“We’ve supported a number of small businesses, like My Mama’s Vegan and Human Being Productions and Motzi Bread,” said Ellen Janes, executive director of the Central Baltimore Partnership.

“There’s just been so much activation of vacant space, and we have more groups who are interested,” she added.

What about road and conduit construction that has given Greenmount Avenue a post-apocalyptic look through much of Waverly?

Kramer said the city’s latest timetable calls for construction to be completed by the end of 2021, around the same time Red Emma’s may be moving in.

Constructed in the 1920s, the 32nd Street building most recently housed the Early Attic antiques store (or as the sign on the building now says, “Early Atti”).

Before that, it was the New 32nd Street Plaza, also known as the Phase III nightclub, which was shut down by the city liquor board after complaints of rowdiness and a fatal shooting.

Old-timers may remember 3128 Greenmount as the home of Sweeney’s Cocktail Lounge, which advertised three multi-level bars, a “dance-a-rama” for “happy fun loving patrons” and, for its grand opening, offered “a cash prize to the lady with the most beautiful bonnet.”

Red Emma’s will solidify Waverly and Charles Village as the local destination for book lovers.

Red Emma’s will be the sixth bookstore within a half-mile radius, solidifying Waverly and Charles Village as the local destination for book lovers.

The others are Normal’s Books and Records at 425 East 31st Street, Urban Reads Bookstore & Cafe at 3008 Greenmount Avenue, Bird in Hand at 11 East 33rd Street, Barnes & Noble Johns Hopkins at 3330 St. Paul Street and, opening this month, a Charles Village branch of Busboys and Poets at 3224 St. Paul Street.

Kate Khatib and Ino Aksentiev, members of Red Emma’s cooperative, said the team wanted to find a property that it could purchase rather than rent, and wanted to be close to where many of its members and customers live. 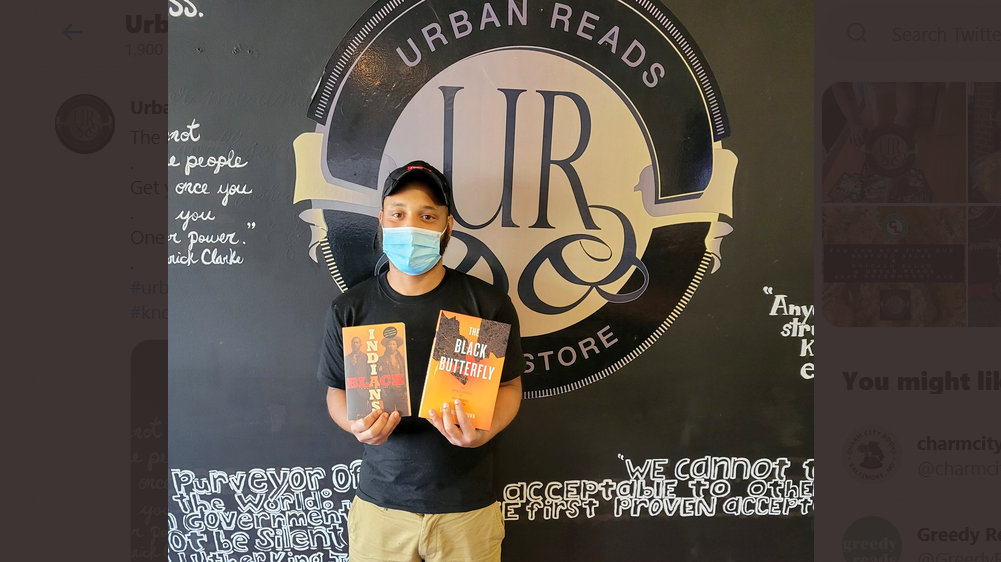 Khatib said Red Emma’s reached out for guidance to the Central Baltimore Partnership, an organization that works to revitalize areas including the North Avenue and Greenmount Avenue corridors. The partnership put them in touch with the Waverly buildings’ owner, Greenmount Partners.

The sale has not been completed, and a purchase price has not been disclosed. Aksentiev said Red Emma’s has signed a letter of intent to acquire the properties.

Khatib said Red Emma’s has gotten far enough along in negotiations with Greenmount Partners that its members felt comfortable disclosing their plans. She and Aksentiev said Red Emma’s intends to continue operating on Cathedral Street until the Waverly project is ready to occupy.

F. Carl Schwartz is the architect for the project, Aksentiev said.

In addition to the bookstore and coffeehouse, the Waverly location will have a “Free School” component with meeting space for talks, classes, workshops and other gatherings, and the cooperative plans to make use of community outdoor space across 32nd Street, the members said.

“In order to phase ourselves in, we will probably open in Greenmount with a hybrid cafe-bookstore space,” she added. “It’s not Red Emma’s if you don’t have both the cafe and bookstore.”

They’re hoping the meeting space will be ready by the end of the year, she said, “but if not, it will be early 2022.” 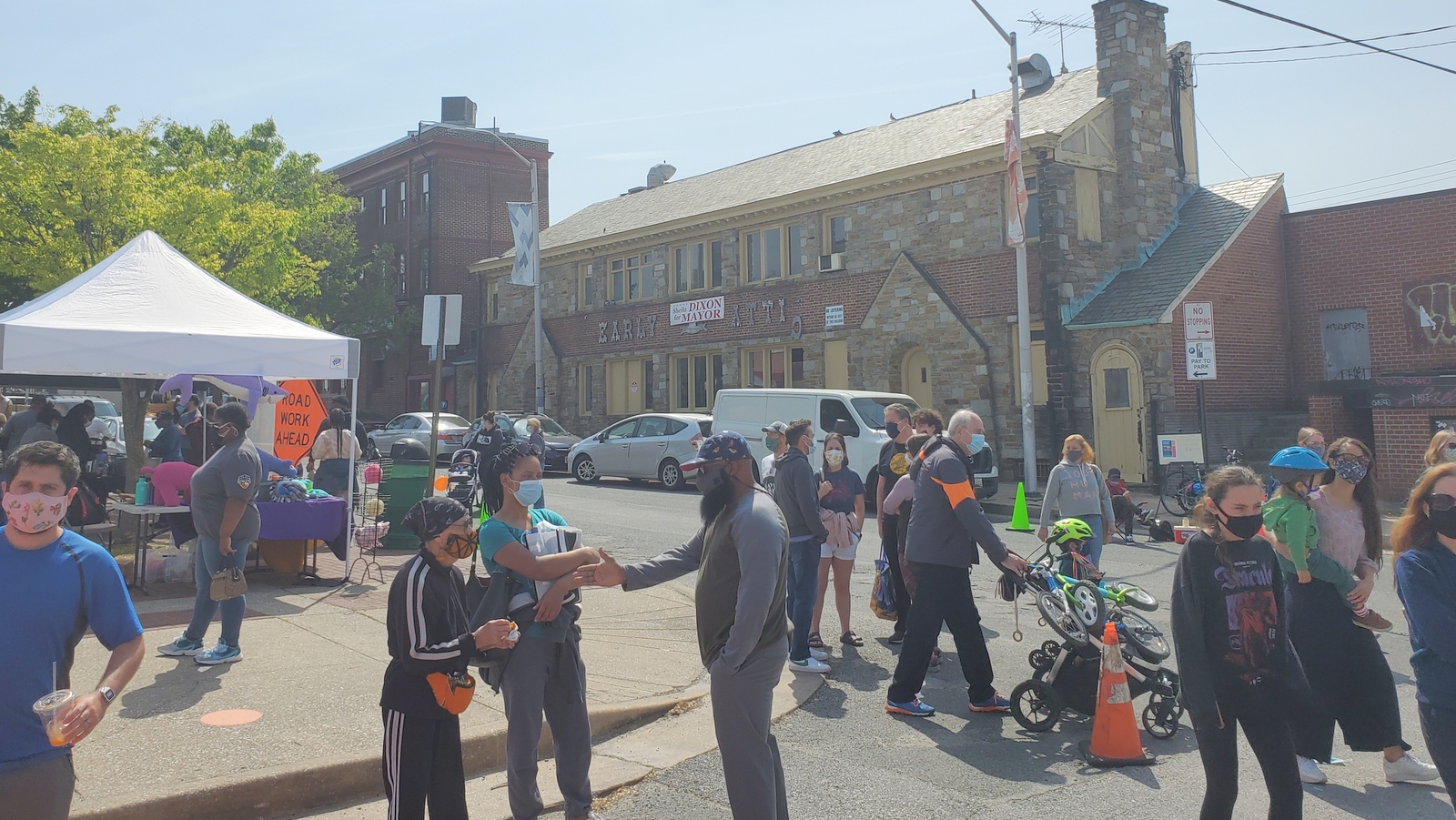 Janes said Red Emma’s will use a mix of public and private funds to purchase and renovate the two properties for its new home.

Although the budget is still being finalized, Janes said, the move represents an investment in Waverly of about $1.6 million, counting both acquisition of the buildings and renovation.

The Maryland General Assembly has allocated $3 million in the past  two years to renovate buildings along Greenmount Avenue and North Avenue in keeping with legislation introduced by Delegate Maggie McIntosh and Senator Cory McCray.

The state legislature has allocated $3 million to renovate buildings along Greenmount Avenue and North Avenue.

Janes said part of the state’s $1 million allocation for fiscal 2021 will be combined with other funds to pay for renovation of the buildings that Red Emma’s will occupy.

(The same source of funds, she said, is being used to convert the former Odell’s nightclub on North Avenue to a home for two arts- and technology-oriented non-profits.)

Janes said the Future Fund will provide both grant money and a loan for the Red Emma’s project.

Other funding sources, she said, are the Baltimore Regional Neighborhoods Initiative program run by the Maryland Department of Housing and Community Development and a facade improvement program administered by the Baltimore Development Corp.

In its announcement of the move, Red Emma’s acknowledged assistance from the Baltimore Roundtable for Economic Democracy and Seed Commons, a “community wealth cooperative” that channels investment to marginalized communities.

Born in Lithuania in 1869, Emma Goldman emigrated to the U.S. with her family at the age of 16 and settled in Rochester, N.Y.

Four years later, according to the Red Emma’s website, “she had joined the anarchist movement, dedicating her life to the struggle against state tyranny, capitalist exploitation and patriarchal oppression.”

The cooperative that runs Red Emma’s, founded in 2004, chose the name “to pay tribute to her spirit of informed, creative and multifaceted revolt.” 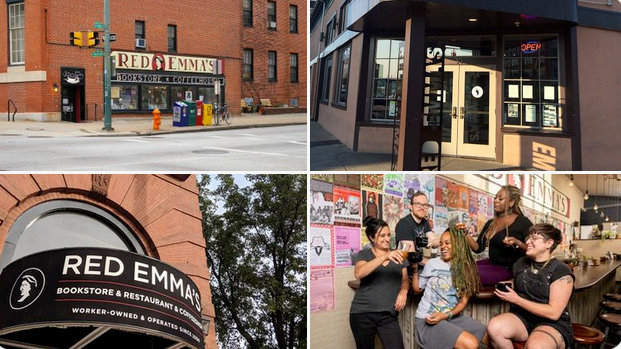 Past locations, tweeted in November 2019, on the occasion of Red Emma’s 15th birthday (@redemmas)

Waverly will be Red Emma’s fourth location. It first opened in a basement-level commercial space on the side of a rowhouse in Mount Vernon.

It moved to the North Avenue Market, and then to its current location across Cathedral Street from the Joseph Meyerhoff Symphony Hall.