His request was made, according to an email obtained tonight by The Brew, so that his office could work “on additional clarifying and strengthening amendments to the policy that will not be ready for consideration at tomorrow’s meeting.”

The finding was part of a broader IG report that criticized the city’s top prosecutor for using a non-income-producing company to deduct travel expenses from her federal taxes and not disclosing a subsidized trip to a health spa. 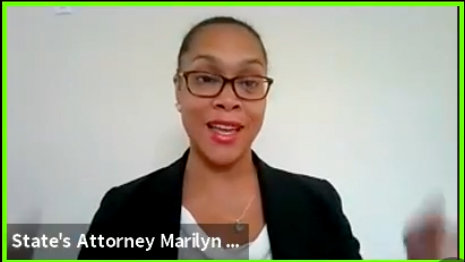 The revised rules first came up on May 19 before the Board of Estimates, which Mosby chairs but in which Scott holds the majority vote.

Mosby stopped the vote from taking place, saying through his spokesperson that he wanted more time to learn about “how the revisions would affect reporting standards for the members” of the City Council.

The revised rules were to be part of the June 2 BOE agenda when Comptroller Henry tweeted that the new travel policy “will not be heard tomorrow.”

The comptroller “is supportive of the travel revisions,” a spokesperson said tonight, and had been looking forward to the opportunity “to clarity the Board of Ethics participation in the process.”

In his memo to the board, Nick Mosby said his staff was in contact with the city solicitor and Department of Human Resources to improve the revised rules, which, as currently written, would require elected officials to report work travel that exceeds $100 (if paid for by a third party) or $800 (if paid for jointly by the city and a third party).

Non-elected city employees have long been required to report their out-of-town travel to the board.

Mosby did not say in his memo when he thought the “clarifying and strengthening amendments” he proposes would be ready for Board of Estimates consideration.