A 79-space parking lot at Druid Hill Park, opposed by citizen groups but given new life by a zoning bill introduced by the Scott administration, has been scotched by the city.

The Department of Recreation and Parks issued a statement to The Brew this afternoon saying “the parking lot has been removed” from its capital program and “there are no plans at the current time to find alternative parking” at Druid Hill Park.

The statement echoed a tweet today by Councilman Ryan Dorsey that the controversial parking lot was dead.

Still under consideration, however, is a change to Baltimore’s zoning laws that would allow parking lots to be built in public parks – as well as in cemeteries – without a public hearing or “conditional use” approval by the City Council.

Dorsey said he opposes that provision, which is contained in the administration bill. “The zoning code should reflect a commitment to keep parking lots out of parks entirely,” he said.

The bill (21-0113) is now before the Council’s Economic and Community Development Committee chaired by Sharon Green Middleton. 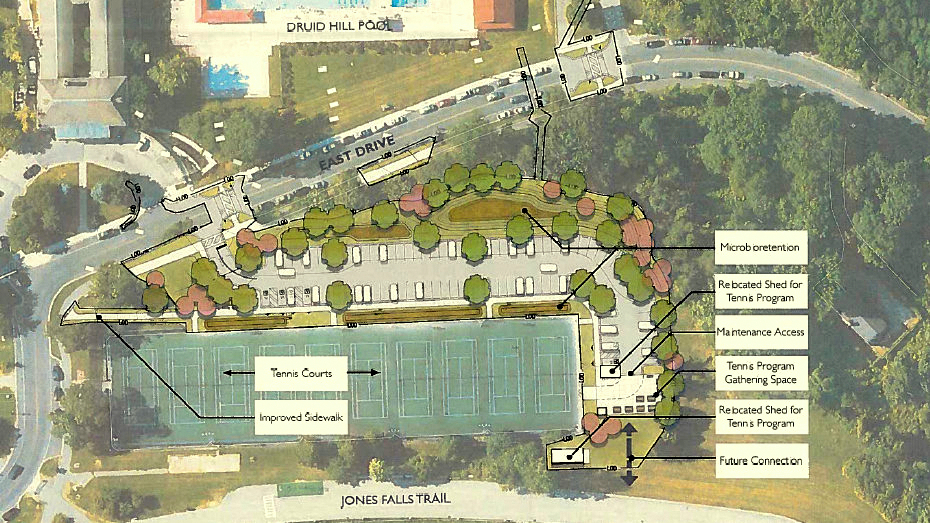 The 2020 site plan for the parking lot alongside the tennis courts. BELOW: Rec and Parks also wanted to pave over this green space, east of the tennis courts, for cars, sheds and maintenance access. (Mark Reutter) 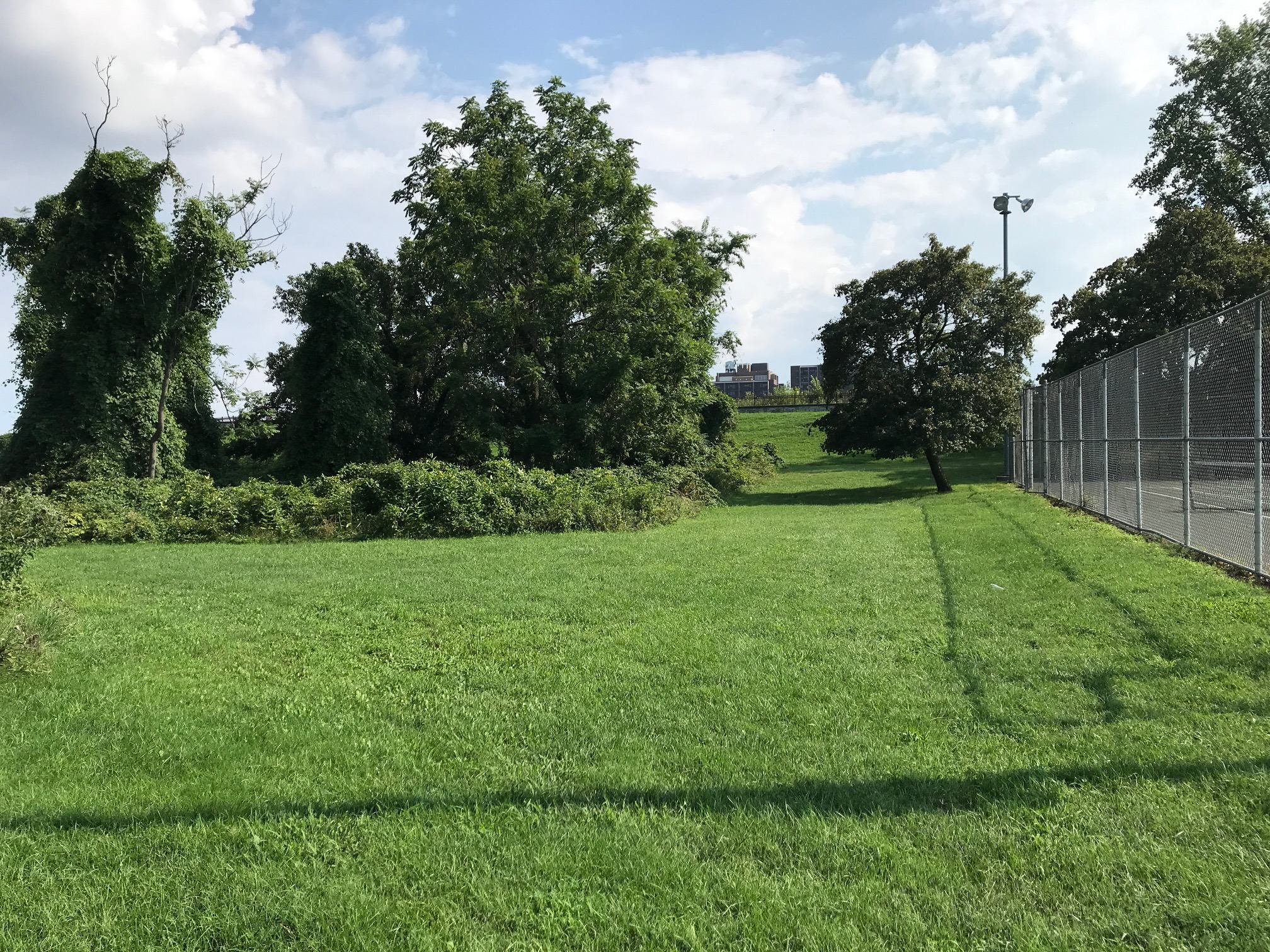 Early last year, the Board of Estimates approved a $10.1 million package to rebuild the Druid Lake Park pool and construct a parking lot across East Drive next to the tennis courts.

Unanimously denounced or sharply questioned by residents and community groups at a City Council hearing, the finance package allowed pool reconstruction to go forward but required the parking lot to secure approval by the Council.

No such approval was ever passed by the Council, which led Dorsey to express concern last week that the Scott administration may be trying to circumvent the legislative branch.

Attempts to get a statement from Scott’s press office about the mayor’s position on the Druid Hill parking lot have been unsuccessful.

Multiple attempts last week and today to get a statement from Mayor Brandon Scott’s press office about his position on the Druid Hill parking lot were unsuccessful.

“I have slight confusion how it made it into the Board of Estimates agenda while it’s still in City Council committee,” Scott said at a February 2020 BOE meeting when the package was put forward by Mayor Bernard C. “Jack” Young, then his rival in the upcoming Democratic Party mayoral primary.

Scott ultimately voted against the finance package despite dire warnings by Recreation and Parks Director Reginald Moore that any delay in approving the funds would disrupt and seriously delay the pool rebuild.

In fact, the pool reconstruction has proceeded. It is expected to be completed by the 2022 swim season.

Today Recreation and Parks, still headed by Moore, said it negotiated a credit with the contractor, Plano Coudon Construction, that covers the money that was allocated for the unbuilt parking lot. 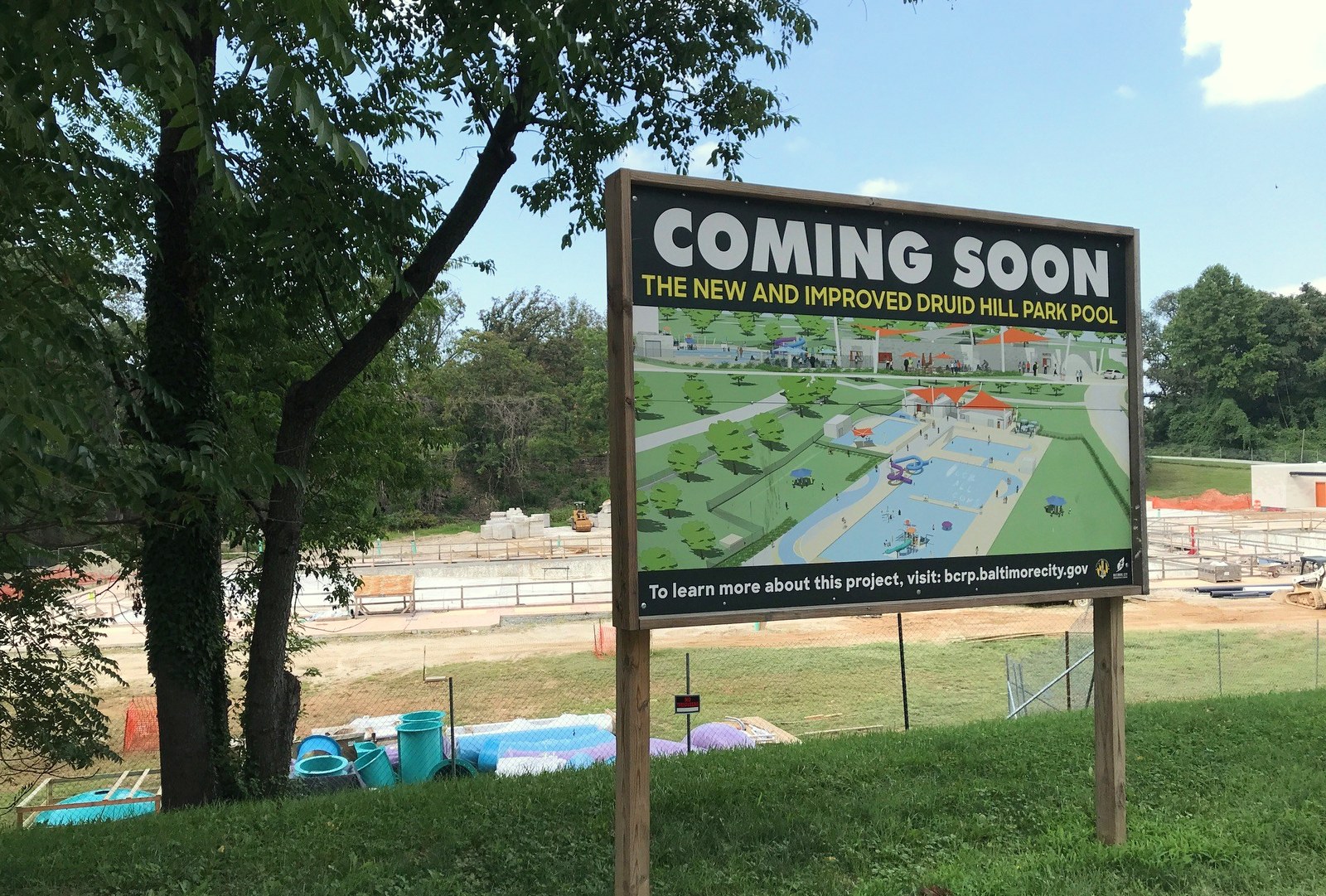