Speaking before the City Council last June, Baltimore Police Commissioner Michael Harrison described his department’s 2022 budget as “a current service-level budget, meaning there are no new enhancements or new initiatives beyond what was provided last year.”

The only major capital cost cited was a records management upgrade to digitize police paperwork, which would “allow officers to spend more time in community engagement,” according to a budget note.

“Today you have a department that is actively concerned about reining in costs and enhancing accountability,” Harrison said, concluding his budget presentation with this:

“I respectfully and humbly ask you to show your support for these efforts, for these reforms and for making the BPD the greatest comeback story in America.”

How is it then that midway through fiscal 2022, the Board of Estimates approved a $17,926,923.23 expenditure to buy a fleet of new police helicopters nowhere found in the budget?

A major purchase nowhere disclosed, discussed or reviewed by the City Council that Harrison embraced as his partners?

A long-term capital expense that comes after many citizens have clamored for reductions in BPD spending, whose operating budget increased to a record $555 million this year?

We will follow up with a story on their statements (here), but first our findings.

Past City Hall leaders have tried to curb helicopter spending.

In 2010, the newly installed mayor, Stephanie Rawlings-Blake, proposed grounding the helicopter fleet to balance the city’s recession-battered budget. She quickly reversed herself and, a year later, the Board of Estimates that she controlled approved the purchase of four new choppers.

In her first budget in 2017, Mayor Catherine Pugh cut the helicopter budget by one chopper, reportedly saving $1 million in operating costs. In the following year, the helicopter returned to active duty.

Comptroller Bill Henry, secretary of the Board of Estimates, told The Brew he was unaware of the latest helicopter contract until he saw it on the board agenda a few days before it was approved on December 22.

Police explained to him at a private briefing that the new helicopters would replace the current fleet (purchased in 2011 and delivered in 2012) that are approaching the end of their usable lifespan and needed to be replaced.

“That seemed a pretty straightforward explanation,” Henry said, and he approved the expenditure without asking BPD to publicly explain their request at the December 22 meeting.

Also approving the expenditure was City Council President Nick Mosby (despite the contract not requiring the local minority participation he publicly champions) and City Administrator Christopher Shorter (who was subbing that day for an absent Mayor Brandon Scott). 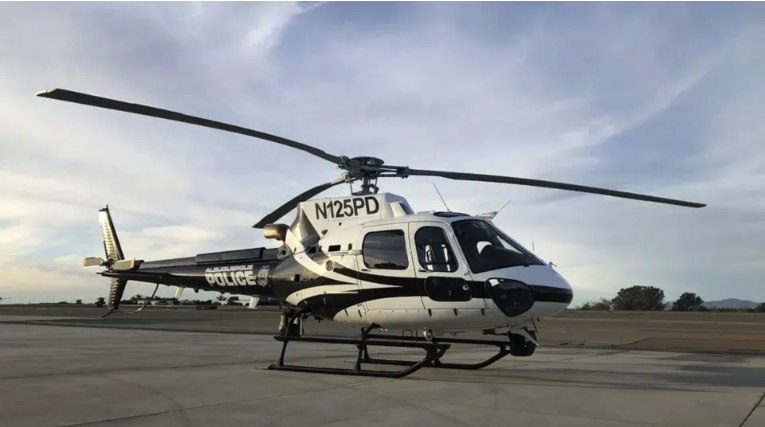 An Airbus H125, the same type ordered by Baltimore Police, was delivered by Davenport Aviation to the Albuquerque Police Department in 2020. (davenportaviation.com)

“It did not come up”

Caught unaware of the contract’s existence was the City Council’s Public Safety Committee.

“It did not come up” during the committee’s regular police oversight hearings, said David Pontious, spokesman for committee chair, Councilman Mark Conway.

“Neither our office nor the committee received any special advance notice of which I am aware,” Pontious stated.

The $7 million worth of customized equipment ordered for the three helicopters includes:

Mayor’s Scott, Council President Mosby and City Administrator Shorter have not responded to questions about the contract submitted to them and their spokesmen by The Brew.

The Police Department did supply some basic contract information over the last two weeks, but none of Harrison’s staff answered the following questions:

Typically, a city contract takes 6-9 months to process – and longer if it is competitively bid. This contract took less than six weeks.

Typically, 15-30% of a contract is allotted to local minority and women-owned businesses that are registered with the city. In this case, all MBE/WBE participation was waived.

Typically, a contract that touches on a controversial issue is placed on the “non-routine” agenda for board discussion. At today’s meeting, for example, a $99,000 payment to cover attorney’s fees arising from a lawsuit by the Leaders of a Beautiful Struggle against Commissioner Harrison and the BPD for the agency’s use of Persistent Surveillance System’s “spy plane” will be aired.

The helicopter contract, however, was approved in a blanket voice vote of “routine” spending items. There was no public mention of the contract’s name, purpose or dollar amount. 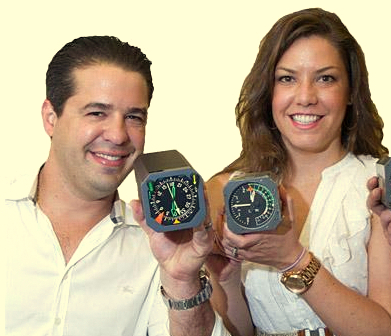 Going to an Ohio Supplier

Based on documents obtained by The Brew, the contract had a similarly atypical origin:

• On November 11, a city purchasing agent solicited a “Request for Quote” for three Airbus H125 helicopters from Davenport Aviation Inc., a General Services Administration-approved aviation parts supplier, after asking informally for quotes from other vendors nationwide.

This constituted the city’s first contract with the Columbus, Ohio, company, which has about 30 employees, was started in 2009 by João Simões and is now certified as woman-owned through his chairman wife, Leah Simões.

• On November 22, Baltimore’s local minority participation rules were waived at the request of the purchasing office, which said the contract “cannot be segmented.”

• On December 6, Davenport Aviation submitted its price quote, which included over 80 custom items that were collectively described as the “law enforcement configuration.”

The basic price of each new helicopter was $3.4 million. Add-ons increased the unit price to $5.7 million, or 68%.

This price compares to the $9.5 million total for the four current helicopters, known as the “Foxtrot Four.”

• Davenport’s price quote was accepted, down to the penny, by Acting City Purchasing Agent Keasha L. Brown and was approved for funds by the city budget office on December 14.

• Immediately, the item was placed on the Board of Estimates agenda for December 22 as an “informal award” subject to unanimous approval unless it was called out by a board member or a protest filed by a competitor.

Based on his private briefing, Henry said the contract “was not one which necessitated a non-routine presentation” by the BPD at the December 22 meeting. It was not subject to a protest by another bidder because the was none.

Purchase of the new helicopters will come under a master lease agreement with Banc of America Public Capital Corp., which will received a commission for financing the helicopters, to be delivered between November 2022 and August 2023.

The city plans to trade-in the four Eurocopters and apply the credit to the final payment for each aircraft. According to a 2009 U.S. Department of Justice report, Aviation Units in Large Law Enforcement Agencies, 45% of all aircraft (helicopters and planes) used for law enforcement activities were 20 years or older.

Federal law requires helicopters to undergo a stringent safety inspection when they reach 12 years of service.

That hurdle could prove difficult for the Foxtrot Four, a source in told The Brew, “because it’s an open secret that they’re not kept in top shape by the police.”

A Crash and Rebirth

BPD deployed its first light-weight “observation” helicopter in 197o; it was gifted by a federal grant. In 1998, a police officer pilot was killed and his partner seriously injured when a two-seat chopper crashed on the parking lot of the B&O Railroad Museum and burst into flames.

The department seriously upgraded the aviation program with larger craft and a new base at Martin State Airport. Especially during the tenure of Commissioner Frederick Bealefeld, the Foxtrot fleet was lauded and publicized.

Since the aerial surveillance (“spy plane”) controversy and the “defund the police” movement, Baltimore Police have avoided talking about the arrest assists and surveillance activities of the helicopters that circle the city at night.