The newly sworn-in City Council president promised to “eradicate these persistent and pervasive” billing problems through “data, research and analysis” so that the city “charged everyone – including Baltimore County residents and big business – their fair share.” (See his full statement below.)

But a year later, Mosby and his wife, Baltimore State’s Attorney Marilyn Mosby, are part of the very problem he lamented, having stopped paying the water bill at their Reservoir Hill residence.

Online city records show the couple made their last payment in March 2021.

Despite a combined yearly income of $375,000, they owe $907.63 for water and sewage usage, according to records reviewed by The Brew.

Asked today about the delinquent bill, Marilyn Mosby emailed back, “It’s been paid.”

She did not reply when asked when a payment was made. Online records show that – as of this afternoon – there has been no recent payment. 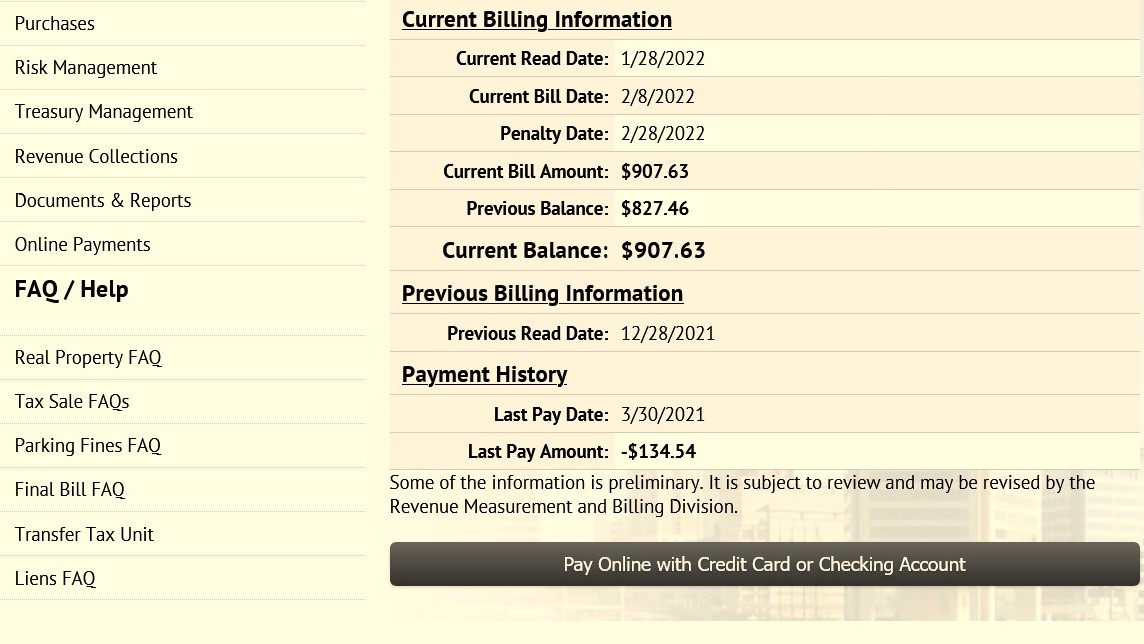 The Mosbys’ status from the DPW online billing portal, screenshot at 12:38 p.m. today.

Nick Mosby has not responded.

As chairman of the Board of Estimates, Nick Mosby helps set residential and commercial water rates, which have risen sharply over the last decade.

As Baltimore’s two-term top prosecutor, Marilyn Mosby is up for re-election this year.

The Mosbys’ finances have been under intense public scrutiny since they became the target of a federal criminal probe that resulted in a four-count indictment in January against Marilyn Mosby for perjury and signing false mortgage statements.

Declaring her innocence in court filings prior to her May 2 trial, Marilyn Mosby has blamed her husband for concealing a tax lien on their residence.

She said she was unaware of the lien or of a 2020 IRS delinquency notice, sent to the Reservoir Hill house, because she is not listed as an owner of the property

City water bills are sent to the same address, care of Nick Mosby and Prescott and Marilyn Thompson.

The latter are Marilyn Mosby’s grandparents, who were co-purchasers of record when the house was sold by Baltimore City to Nick Mosby and the two Thompsons in 2005.

In her state ethics forms, Marilyn Mosby names herself as the co-owner of the property. Last April, she and Nick Mosby were joint borrowers of a $58,000 loan from Harbor Bank of Maryland, which was secured by the Reservoir Hill house.

The loan was apparently used in part to pay off the $45,000 tax lien, which IRS records listed as settled last July.

The Mosbys have declined to discuss the tax lien, except for Nick Mosby telling The Brew in November 2020 that he had paid off the lien in full.

In her recent court filings, Marilyn Mosby said her husband told her, falsely, that the lien had been paid in 2020.

This assertion forms her “innocent spouse” defense for signing a mortgage application for a Florida condominium that figures in the federal indictment for her alleged false statements.

So Far, No Penalties

The city’s water billing system – including its failure to collect charges from high-profile customers – has come under scrutiny, as The Brew has documented.

A wide range of institutional customers – from the Johns Hopkins medical campus to high-end waterfront hotels and condominiums – have been allowed to run up multi-million-dollar unpaid bills.

Residential water bills include this warning: “Failure to make timely payment may result in penalties and discontinuance of service.”

The Mosbys have yet to be assessed a late fee or threatened with a water shut off, according to the billing records.

However, a city official, who confirmed their delinquent account, said he doubts the couple is getting special treatment.

Instead, “they’re getting away with what just about anyone can get away with these days.”

The official, who requested anonymity so as not to risk termination for speaking to the media without authorization, said current city policy is not to turn off water on delinquent accounts “because of Covid.”

But more generally, there is still no organized system to collect money due, the official said, despite $129 million spent to place “smart” water meters in city residences and to install a state-of-the-art UMAX billing system.

“The Department of Public Works gets a detailed report on delinquent water accounts every month from UMAX. But if senior management can’t read it, you got a problem,” the official said.

“And when you got a problem, the customer support staff is under strict instructions not to do anything about it.”

The Mosbys’ water bill is lower than a typical bill for a family of four (they have two children).

Their January 2022 bill (unpaid) was for $80.17. The monthly bills of neighboring properties on their rowhouse block ranged up to $131. 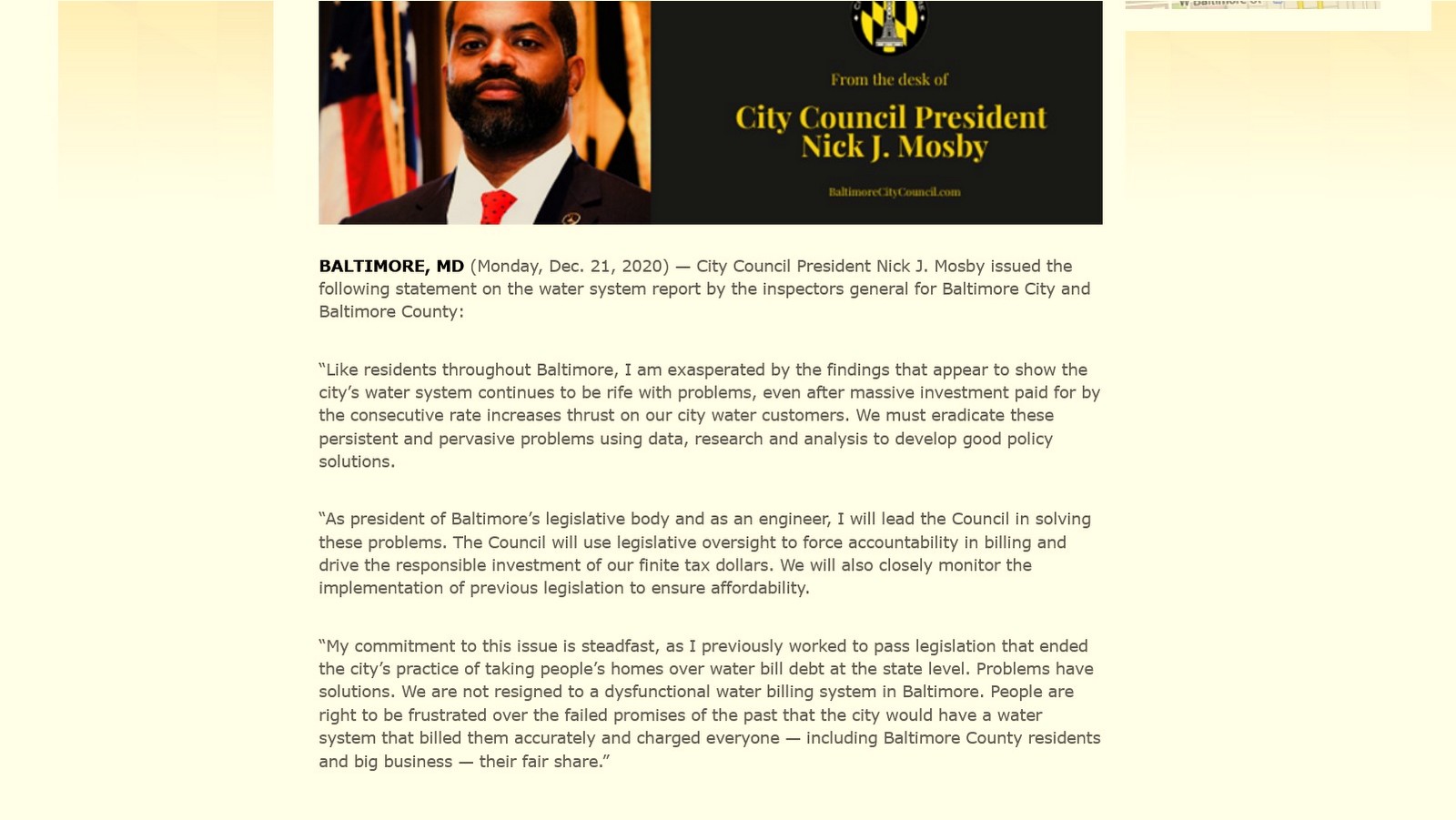