After telling a judge he’d have to search as far away as “southern Maryland or even D.C.” to retain counsel, Mosby has hired a local legal fixture, Robert Fulton Dashiell, to combat charges that he violated the city’s gift solicitation rules.

A 26-page memo that Dashiell filed last week in Circuit Court – or four months after Mosby blew past an earlier deadline for submissions – is likely to spur a fresh delay to a judicial review of the Ethics Code violations pending against Baltimore’s second highest elected official.

Sources tell The Brew that the Board of Ethics will ask Judge Lawrence Fletcher-Hill to reschedule the January 10 administrative hearing, so the panel can address Mosby’s last-minute objections to the order.

Recently, the ethics board asked the judge to penalize Mosby for noncompliance, saying he “is seeking only to delay” the proceedings. A fine of up to $1,000 a day can be imposed for failing to follow a city ethics order. Fletcher-Hill has not ruled on the motion.

The increasingly acrimonious dispute involves a legal defense “trust” set up in 2021 by Baltimore publicist Robyn Murphy as Mosby and his wife, Baltimore State’s Attorney Marilyn Mosby, faced a federal criminal investigation into their financial affairs.

Many Twists and Turns

But following multiple trial delays, Mosby served out her term as state’s attorney and was replaced yesterday by Ivan Bates, who defeated her in the July primary.

Now set to go on trial in March 2023, Mosby is asking for her case to be moved to a courtroom outside of Baltimore.

Nick Mosby was not charged in the federal indictment, but was cited last May by the ethics board as part of its own investigation of the legal defense fund.

Using the names, credentials and pictures of the Mosbys, the fund raised over $14,000, including $5,100 from “controlled donors,” or persons doing business with Baltimore City.

The Mosby Defense Fund raised over $14,000 online before it was taken down. (mosbydefensefund.com)

Last May, the board ordered Nick Mosby to “disclaim” any beneficiary interest in the fund, release the names of all donors and return money given by controlled donors. (Governed by state ethics rules, Marilyn Mosby was not part of the case, even though one of her defense lawyers, Kelley C. Miller, set up the fund with Murphy.)

He refused, filing for a judicial review last June pro se, or without the help of an attorney.

Days before the November 21 hearing on his appeal, Mosby filed an emergency motion to postpone, telling Fletcher-Hill that he had been unable to secure legal counsel because of “conflicts of interest” involving his role as City Council President.

Last Tuesday, Dashiell notified the court that he and his partner, Senchal Dashiell Barrolle, would serve as Mosby’s counsel.

A well-known procurement attorney, Dashiell regularly appears before the Board of Estimates, which Mosby chairs, on behalf of city contractors.

In arguing that Mosby knew nothing about the fund created in his name and has received no financial benefits from it, the memo provides a few new details.

It says that around the time Robyn Murphy was questioned about the fund in late 2021, she relinquished her role as trustee to Derek Simms.

In an interview with The Brew, Dashiell said he had no information on Simms other than his name. A Derek Simms, of Upper Marlboro, gave $500 to Nick Mosby’s campaign committee in 2020, according to State Elections Board records.

Simms is currently listed as a senior gift officer at the Smithsonian’s National Museum of African American History & Culture in Washington.

He has not responded to phone messages and an email query from The Brew. 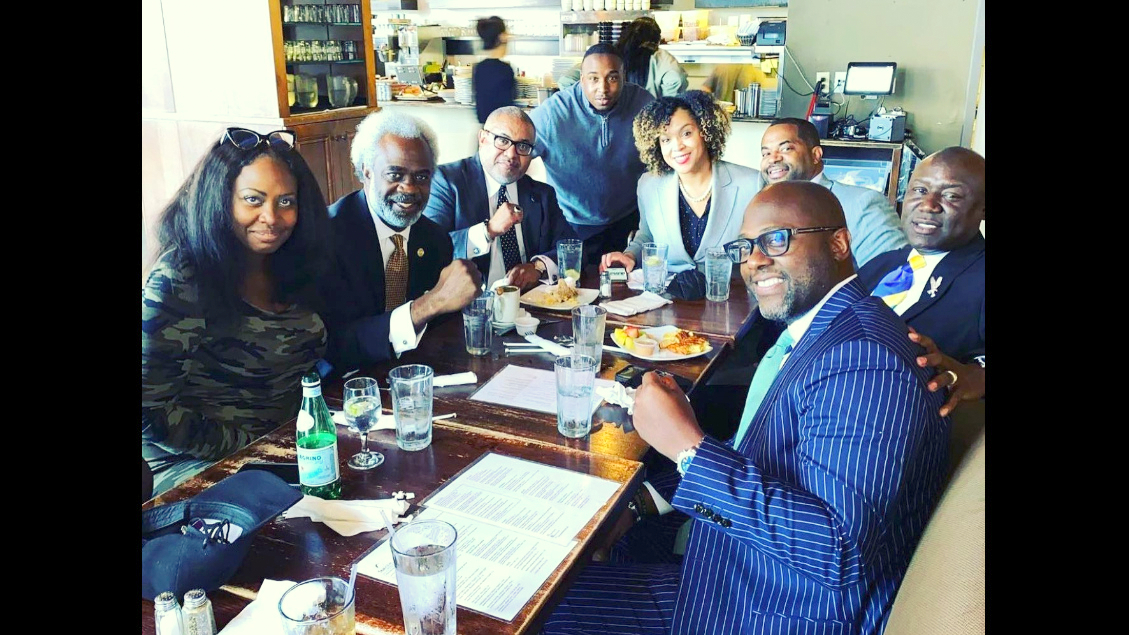 Dashiell argues that the ethics board misapplied ethics rules and prohibitions against gifts to elected officials to ensnare Mosby.

“The record as a whole lacks substantial evidence that Petitioner ‘consented’ to the Mosby Trust’s formation or operations or engaged in ‘facilitation’ of solicitation of public contributions,” it concludes.

Mosby did not list contributions to the fund as “gifts” on his annual financial disclosure statement because he never received any money from the fund, the memo says.

“Petitioner does not have any vested legal or equitable interest in the money held by the Mosby Trust unlike a 401k with his name on it,” the memo further says.

“Maybe all the donations will be distributed to Marilyn Mosby. Perhaps no distribution would be made during Petitioner’s tenure as a public servant at all, which would render the issue moot.”

In its report last May, the ethics board concluded that Mosby had “a social relationship with the trustee” (Robyn Murphy) but made a “conscious effort to obfuscate his knowledge of the affairs of the Mosby Trust.”

Over a period of six months, it said, Mosby refused to cooperate with the board’s investigation of contributors – whose names still remain unknown – or take steps to assure that donations were not being made by contractors whose projects came up – or would come up – for approval by the Board of Estimates he chairs.

FOR THOSE SEEKING MORE: