Since December, Baltimore dumped 38 million gallons of sewage into the Jones Falls – and two environmental groups are questioning why the city failed to publicly report over two thirds of it.

The Environmental Integrity Project and the Baltimore Harbor Waterkeeper assert that the Department of Public Works is not following state law that requires sewage pipe releases of more than 10,000 gallons to be reported to the public and the press.

“The city is not being candid with residents about how much raw human waste is being deliberately piped into the city’s economic heart, the Inner Harbor,” Tom Pelton, EIP’s director of communications, said.

David Flores, Harbor Waterkeeper for Blue Water Baltimore, added, “The problem here is not an issue of bean counting, but protecting the public. That includes homeowners who have been suffering from multiple overflows in their homes for years, and boaters and fishermen using the harbor.”

Data show that most of the sewage discharges take place underground from a pipe below 428 East Preston Street.

Environmental Integrity released records to The Brew showing that between December 1, 2015 and March 31, 2016, there have been eight sewage overflow incidents at this location, known as Sanitary Sewer Outfall No. 72.

The overflows released a total of 29.98 million gallons of sewage mixed with rainwater into the Jones Falls and the Inner Harbor.

SEE CHART at the end of this story.

Each of the eight releases was far in excess of 10,000 gallons. Maryland law requires local governments to notify the public and press of a sewage release above the 10,000-gallon mark, but in only two of the incidents did the DPW issue the required public notification, according to Pelton.

“And in one of these incidents, on February 24 and 25, when more than 12 million gallons were released, the city only publicly revealed its dumping because of a specific demand for information from The Baltimore Brew,” he said.

Pelton and Flores said the overflows under Preston Street should have been disclosed in the public sewage overflow database maintained by the Maryland Department of the Environment (MDE).

Baltimore DPW, in fact, does report sewage discharges that are accidentally released from leaking sewers into waterways, but does not regularly report much larger volumes of sewage coming from so-called “structured” releases.

According to Flores, “The city is purposefully providing selective information to the public.”

In addition to discharges from the underground pipe on Preston Street, 7.79 million gallons of sewage mixed with rainwater were released by SSO No. 67, located at 1901 Falls Road

There were three incidents of discharges in excess of 10,000 gallons at that outfall, said Pelton. “Only one of the discharges was disclosed to the public in a press release, as required by state law. And this happened again because of a specific inquiry from The Brew.”

Change on the way, MDE says

At issue is DPW’s long-held view that sewage dumped through a “structured” pipe – that is, a pipe designed to overflow in very wet weather to prevent backups elsewhere in the system – does not constitute a sewage leak or overflow that requires public disclosure.

Jeffrey Raymond, spokesman for the DPW, said that structured overflows are reported to EPA and MDE in quarterly reports required under a 2002 consent decree.

“We send MDE reports updating our consent decree work on a quarterly basis, as required,” he said in an email. “These reports include data from the structure overflows.”

But a review of DPW’s first quarter 2016 report shows that the specific number of gallons of sewage recorded by flow meters installed at the overflow pipes were not disclosed.

According to Pelton, such disclosures are only released in private communications between DPW and the regulators. 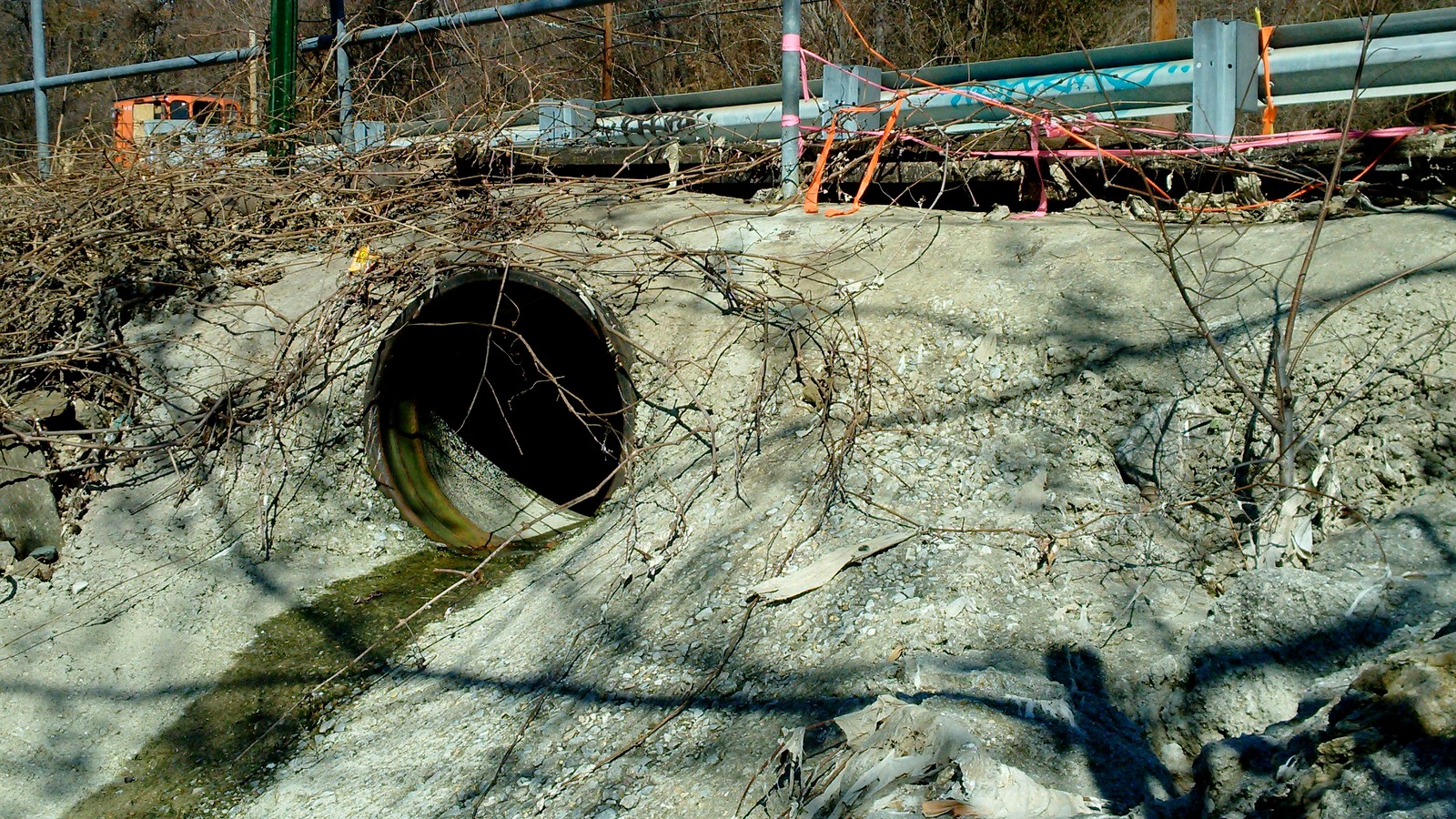 Flores said his group has been pressing MDE and the Maryland Attorney General’s Office to crack down on Baltimore’s violation of the state law.

MDE spokesman Jay Apperson said the agency recently worked out a plan in which DPW will begin submitting to MDE “24-hour verbal reports” of sewage overflows, followed by “five-day written reports with volume estimates of overflows from the [structured] outfalls.”

Raymond confirmed that DPW is “working on a new process for issuing public notifications related to our structure overflows.” So far, DPW has not yet submitted any reports to the state, Apperson said.

Hazardous to Your Health

Such information, Flores and Pelton argue, would help warn the public of the health risks of close contact with the water in the Jones Falls and Inner Harbor, especially after heavy rainfall. “And it wouldn’t cost the city a penny and could be done immediately with little effort,” Pelton added.

A report by Environmental Integrity in December revealed that levels of fecal bacteria in the Inner Harbor – where adults kayak and children and their parents play in tourist “dragon boats” – exceed safe levels for limited water contact recreation at least 35% of the time.

Levels of Enterococcus bacteria in the harbor – an indicator of potentially dangerous pathogens – have spiked to more than 400 times safe levels, according to water quality monitoring data.

In 2002, the U.S. Justice Department sued Baltimore because of its chronic release of raw human waste into local streams, the Inner Harbor and Chesapeake Bay in violation of the Clean Water Act.

To settle the lawsuit, then Mayor Martin O’Malley signed a consent decree that required the city to “eliminate all” sewage overflows and spills by January 1, 2016.

The Rawlings-Blake administration says it has finished about half of the work required by the consent decree and is now in closed-door negotiations with EPA and MDE to secure a lengthy extension of the deadline.

There were 42 million gallons of overflows recorded by flow meters in the first 11 months of 2015, according to Environmental Integrity. Nearly matching that total were the recent discharges made between December 1, 2015, and March 31, 2016 – 38 million gallons.

Sewage Discharges from SSO No. 72 at 428 East Preston Street:

(Source: Data released by EPA to the Environmental Integrity Project)