The magnitude of the unconstitutional stopping, searching and harrassing of African American people in Baltimore documented by the U.S. Justice Department last week was, even for those who have experienced it for generations, breathtaking.

All the patterns and abuses decried for years (and, to be honest, that were cited in a raft of previous reports) were laid out by the federal government in 163 data-rich pages – this time destined to become a legally-binding consent decree overseen by an independent monitor:

Excessive use of force, unnecessary stops for minor offenses or no offenses at all, glaring racial disparities and race and gender bias, failure to hold wrongdoers accountable and much more.

We hope these info-graphics make the report more accessible and invite readers to dive deeper, as the big question looms – what needs to happen next to make city law enforcement more effective, more just and truly accountable to the community it serves? 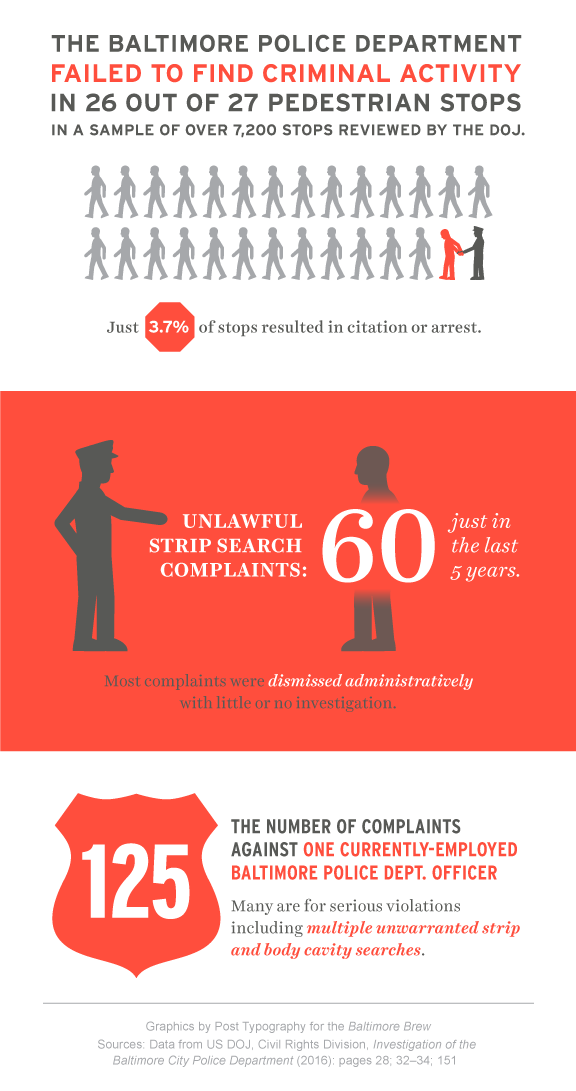 “BPD arrests far more African Americans for drug offenses than would be expected based on drug usage and population data.” (U.S. Department of Justice.)

“We find reasonable cause to believe that BPD officers use unreasonable force in violation of the Fourth Amendment.” (U.S. Department of Justice) 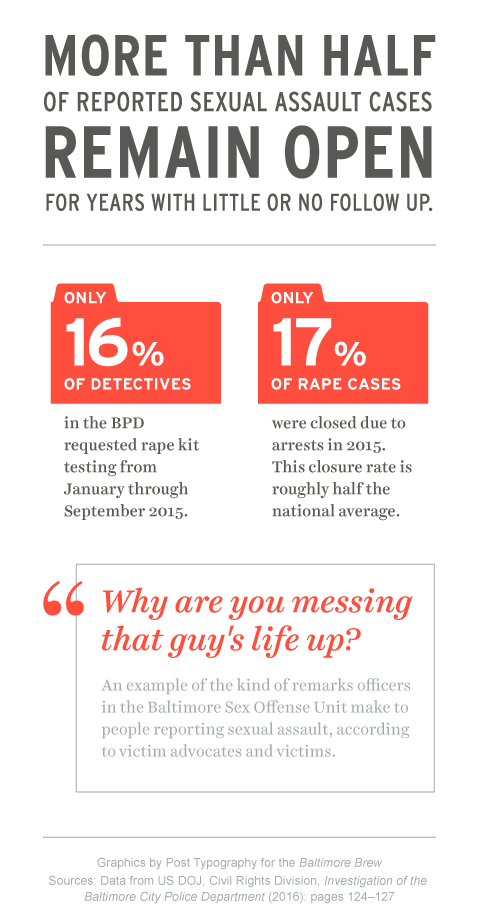 Officers “often question victims in a manner that puts blame for the sexual assault on the victim’s shoulders.” (U.S. Department of Justice) 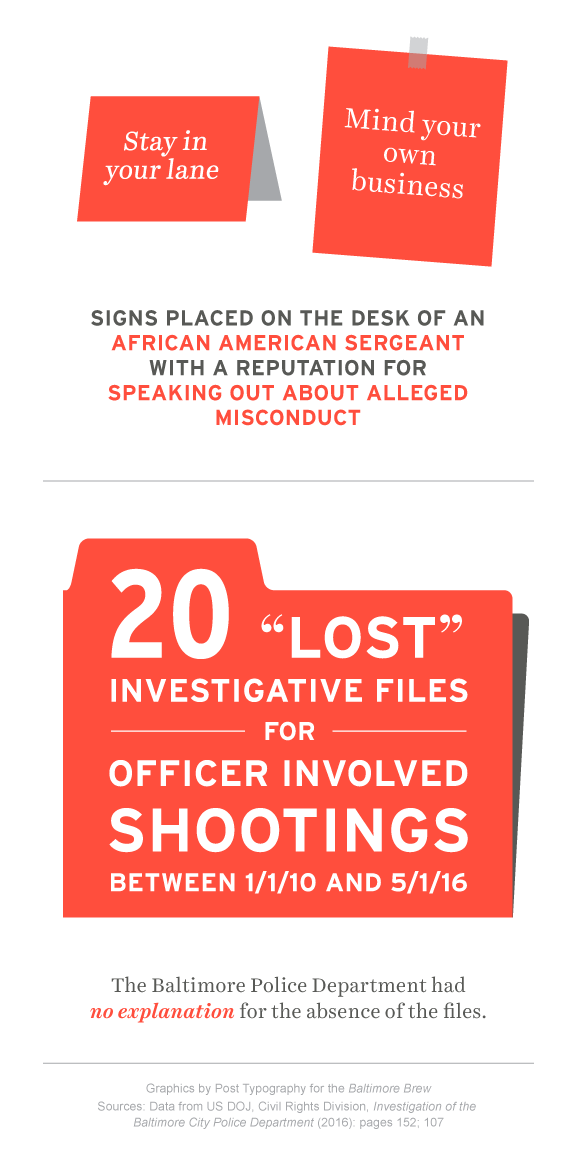 The DOJ report on the Baltimore police Department found “a culture resistant to accountability.” (U.S. Department of Justice)

Community.Baltimore@usdoj.gov
Email contact for citizen input on the Consent Decree