If the streets of Northwest Baltimore appear a bit dirtier these days, that’s the price for a new patrol vehicle that Councilman Isaac “Yitzy” Schleifer wanted for a neighborhood watch group.

Acting on his request to use Pimlico slots money to buy a $50,000 Chevy Tahoe for Baltimore Shomrim – as well as another $288,000 for an ambulance for Hatzalah – city officials had to carve up other community programs, according to documents provided to The Brew by the Pugh administration.

One victim of the cutbacks is neighborhood street cleaning.

Special crews were paid with slots money to keep sidewalks, gutters and and storm drains clear of litter and debris on main roads in the Fallstaff, Glen, Greenspring and Cross Country corridors.

In operation for 2½ years, street cleaning not only helped beautify the communities, but provided “important employment opportunities to disabled persons, with preference going to city residents [for employment],” a city report said.

But the program, originally budgeted at $135,000 this year, was slashed to $100,000 to help make way for the purchase of the patrol car and ambulance, according to a March 30, 2016 letter from Thomas Stosur, chairman of the Pimlico Community Development Authority (PCDA), to Mayor Catherine Pugh.

Public safety in the Northwest quadrant was impacted, too, by other budget changes. The spending authority, for example, reduced its promised payments to Northwest Citizens Patrol, a  longstanding volunteer watch group, from $50,000 to $25,000.

Another $100,000 budgeted for CitiWatch cameras and a future park in Cheswolde was reallocated in accordance with the councilman’s wishes.

But the biggest cut came from the zeroing out of a $180,865 program aimed at providing “development incentives” to developers and residents in neighborhoods “with the highest need” for stabilization.

The wording is convoluted, but here chairman Stosur explains to the mayor the impact of Councilman Schleifer’s requests. The mayor went along with the changes. (PCDA)

The budget changes were made in a year when PCDA announced a goal of deploying slots money to “promote visible, physical redevelopment” north of Northern Parkway and to focus on projects “with the greatest impact” in distressed Pimlico and Park Heights.

In public meetings, Councilman Schleifer has also stressed the importance of using slots money to physically rehabilitate the area around the Pimlico Racetrack.

In its letter to Mayor Pugh, PCDA said the city’s Glen Hills Redevelopment Strategy could “serve essentially the same purpose as the [zeroed-out] development incentives” that had been planned for Glen, Fallstaff, Mount Washington and other neighborhoods. 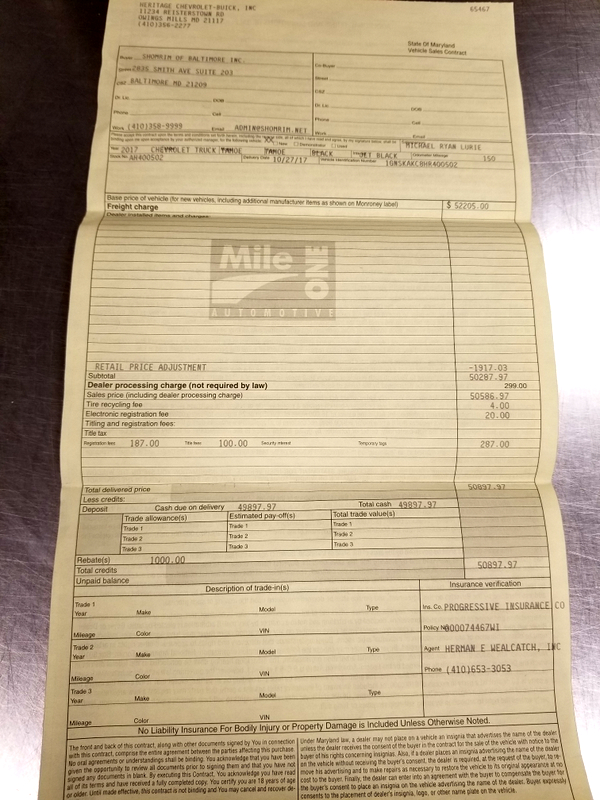 The Chevy Tahoe was purchased at Heritage Chevrolet-Buick/Mile One in Owings Mills for $50,897.97. It is now owned by Shomrim of Baltimore, whose mailing address is at a shopping mall on Smith Avenue in Baltimore County, not in Baltimore City. See below. (PCDA and Office of the Mayor) 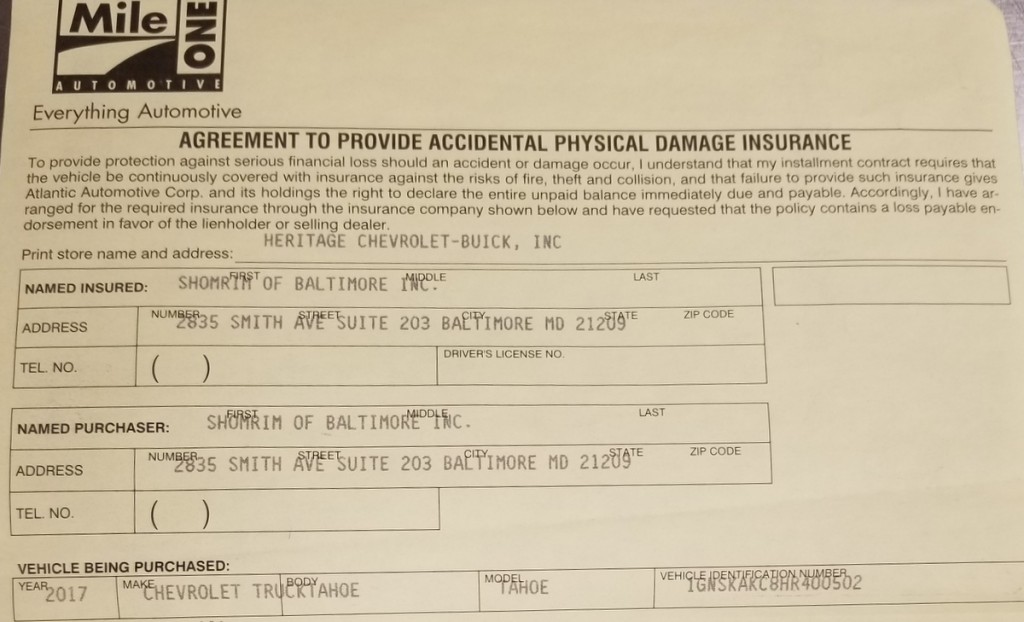 In addition to the patrol vehicle, Schleifer successfully lobbied for the purchase of an ambulance for Hatzalah, which city documents describe as “an orthodox Jewish non-profit organization” that is affiliated with Shomrim.

In prior years, $325,000 in slots money was used to build a garage and first-aid training center for Hatzalah on Taney Road.

Future slots money had been planned toward the purchase of a new ambulance (sticker price about $300,000) to supplement the group’s small fleet of private vehicles.

Councilman Schleifer sped up the process this year by lobbying the Pugh administration for the vehicle, according to PCDA chairman Stosur, who is also director of the Baltimore Planning Department.