It’s an episode straight out of a David Simon saga about crime and punishment on the streets of Baltimore – with an unexpected twist.

In this story, a poor kid is convicted of killing a college student based on a witness who repeatedly changes his testimony under the tough interrogation of three Baltimore City detectives.

The poor kid goes to prison, while the cops head to fame – first as real-life characters in Simon’s 1991 book, “Homicide,” then as inspirations for the award-winning TV series, “Homicide: Life on the Street.”

Later today city taxpayers will get the bill for the flawed work of those three detectives – $9 million, the single biggest police misconduct settlement in the history of Baltimore.

The settlement is nearly $3 million more than the record-breaking agreement made in 2015 between the city and the family of Freddie Gray.

The agreement with James Owens was disclosed Monday on the final pages of the Board of Estimates agenda for this morning’s meeting.

Owens was cleared of the murder conviction following DNA testing in 2006.

In return, the now 57-year-old will drop his lawsuit against retired BPD detectives Jay Landsman Sr., Thomas Pellegrini and Gary Dunnigan and former assistant state’s attorney Marvin Brave, whose “acts and omissions,” according to the city law department, led to Owens’ wrongful conviction for the 1987 murder of Colleen Williar.

The three former detectives “dispute virtually all of the material facts alleged by Mr. Owens,” according to the board agenda.

Nevertheless, the law department said it is “in the best interests of the Mayor and City Council and the Police Department” to settle the case before a federal jury hears the Owens lawsuit later this month.

Noting that there is no monetary cap on potential damages that could be awarded to Owens – not to speak of the bad publicity a trial would engender “in the current legal environment surrounding the Baltimore City Police Department” – the law department recommended the cash settlement. 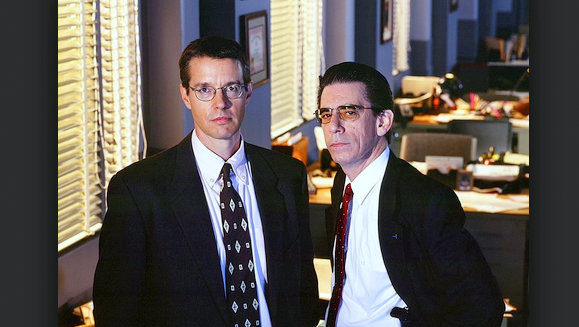 Kyle Sector and Richard Belzer, whose roles roles in “Homicide: Life on the Street” were modeled after Baltimore detectives Jay Landsman and Thomas Pellegrini. (NBC)

The department set out a detailed chronicle of the ever-shifting witness account that led to Owens’ imprisonment for a crime he didn’t commit.

Reached by The Brew, Simon responded this way to the allegations against the detectives that he later covered in his book:

“I don’t know anything about the case. I got to the Homicide Unit in January 1988 after the case was down and at the SAO for prosecution. And I didn’t follow it or the detectives or prosecutors as they worked on it for court.

“So I can’t intelligently speak to what went wrong, why it was presented as it was, or why prosecutors withheld exculpatory DNA evidence, if this is what they did,” he said.

The case was never cited in the book.

Simon portrayed the detectives as urban heroes in his best-selling book, Homicide.

Then a Baltimore Sun reporter, Simon spent a year embedded in the homicide unit to write the book. Among other things, Simon described the “genuinely deceitful art” of interrogation used by the homicide detectives, noting that they were able to close 76% of the murder cases despite a street culture of “no snitching.” (Today the rate is closer to 40%.)

“I’m reading about it [the Owens settlement] through press accounts the same as everyone else,” Simon said in an email.

Propping up an Unreliable Witness

After police found Williar’s body (raped, strangled by a sock and stabbed to death) in her O’Donnell Heights apartment on August 2, 1987, the three detectives relied heavily on James Thompson, who came to police seeking a $1,000 reward by claiming he had found the murder weapon.

Over the course of the investigation, Thompson repeatedly changed his story about Owens’ alleged involvement in the murder. The police never found physical evidence that linked Owens to the crime. 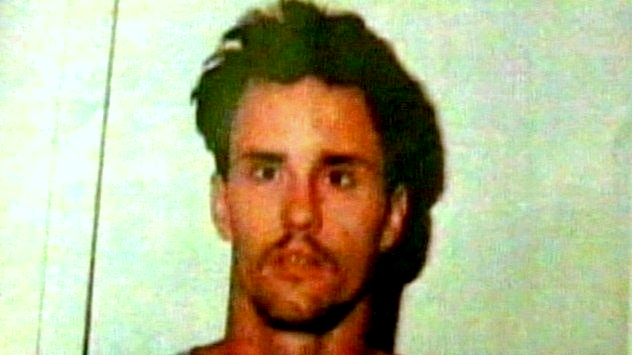 At first, the detectives didn’t tell prosecutor Brave about Thompson’s many versions of the rape-murder he said he had witnessed.

Worried about Thompson’s truthfulness, Brave directed Landsman, Pellegrini and Dunnigan to re-interrogate the witness before he went back on the stand.

During a two-hour drilling, the detectives warned Thompson he “was in a lot of trouble” and asserted he could be charged for any misrepresentations to the jury, according to the law department’s account.

Thompson responded to the prodding by changing his story six times, with the fifth version coming closest to the forensic evidence.

Brave then marched Thompson back before the jury to give that version without telling the defense or judge about the inconsistencies of his prior statements.

Thompson responded by changing his story six times, with the fifth version coming closest to the forensic evidence.

Ultimately, Owens was convicted of burglary and murder and sentenced to life imprisonment without the possibility of parole. (Thompson was separately convicted for his alleged role in the burglary and rape.)

After 18 years behind bars, the state granted Owens’ request for DNA testing of the blood and semen found at the murder scene.

None of it matched Owens’ DNA. (Nor did it match Thompson’s DNA, who was later released from prison after copping an Alford plea.)

By this time, the detectives had all left city employment.

Landsman, the squad sergeant, was retired from the homicide unit and had joined the Baltimore County Police Department.

He also moonlighted as an actor playing Maj. Dennis Mello in Simon’s acclaimed HBO drama, “The Wire.” (The squad sergeant of the series, named “Jay Landsman,” was portrayed by actor Delaney Williams.)

Pellegrini became a deputy homicide officer at the Pristina Police Force, working as part of the United Nations Mission in Kosovo, while Dunnigan retired not long after Simon’s book was published.

It has taken Owens 12 years since the fateful DNA test to reach today’s settlement.

Between 2006 and 2008, he remained in state prison while prosecutors argued that they had enough evidence for a retrial. That proved to be a bluff, and Owens became a free man in October 2008.

Since then, he has doggedly pursued a lawsuit against Baltimore City, charging that the police department, state’s attorney’s office and the three detectives violated his federal due-process right to a fair trial.

The $9 million settlement will be paid by the city in installments over the next six fiscal years.

More on the Owens case: