A hearing before the Commission for Historical & Architectural Preservation (CHAP) next Tuesday should determine whether the dilapidated building at 214 West Mulberry Street – the former Martick’s Restaurant Francais – actively contributes to the Howard Street Commercial Historic District.

Some building facades will be preserved under PAP’s plan to build a 100-unit apartment and restaurant complex on this West Side block, but the developers say Martick’s building was too far gone to save.

“The building sat vacant for 10 years and wasn’t maintained at all,” Janian said in an interview with The Brew. ” The floors are collapsing, the brick exterior is crumbling, and none of the bones are solid anymore.”

PAP’s presentation will be the first and perhaps only hearing before CHAP on the matter.

A second hearing would only occur if CHAP determines that the building does contribute to the district’s character. [They did.]

It was held almost exclusively by the Martick family since 1920 and was home to the late Morris Martick’s iconic French restaurant from 1970 until he shuttered the place in 2008.

A Long and Winding Road

Lingering interest in the building is a testament to its place in city history. Once the Martick family grocery store and source of a drink during Prohibition times, it became a restaurant serving Morris’ classic French fare at a time when there were few alternatives to standard bland American cuisine.

The crowd was diverse – white, black, gay, straight, artistic, blue-collar, business class – and patrons knew how to enter the seedy-looking window-less establishment: by ringing a bell.

PAP obtained ownership of the building on December 15, having purchased the site from Jabber Five principal Brad Shapiro, who in turn had purchased the building from the Martick family last January for $70,000, according to state assessment records.

Morris’ brother Alexander assumed ownership of the property after Morris died in 2011. And while rumors abounded in 2013 that Alexander would revamp the property, those hopes temporarily dimmed that December when the Baltimore Liquor Board transferred its liquor license to a site just west in Harlem Park. 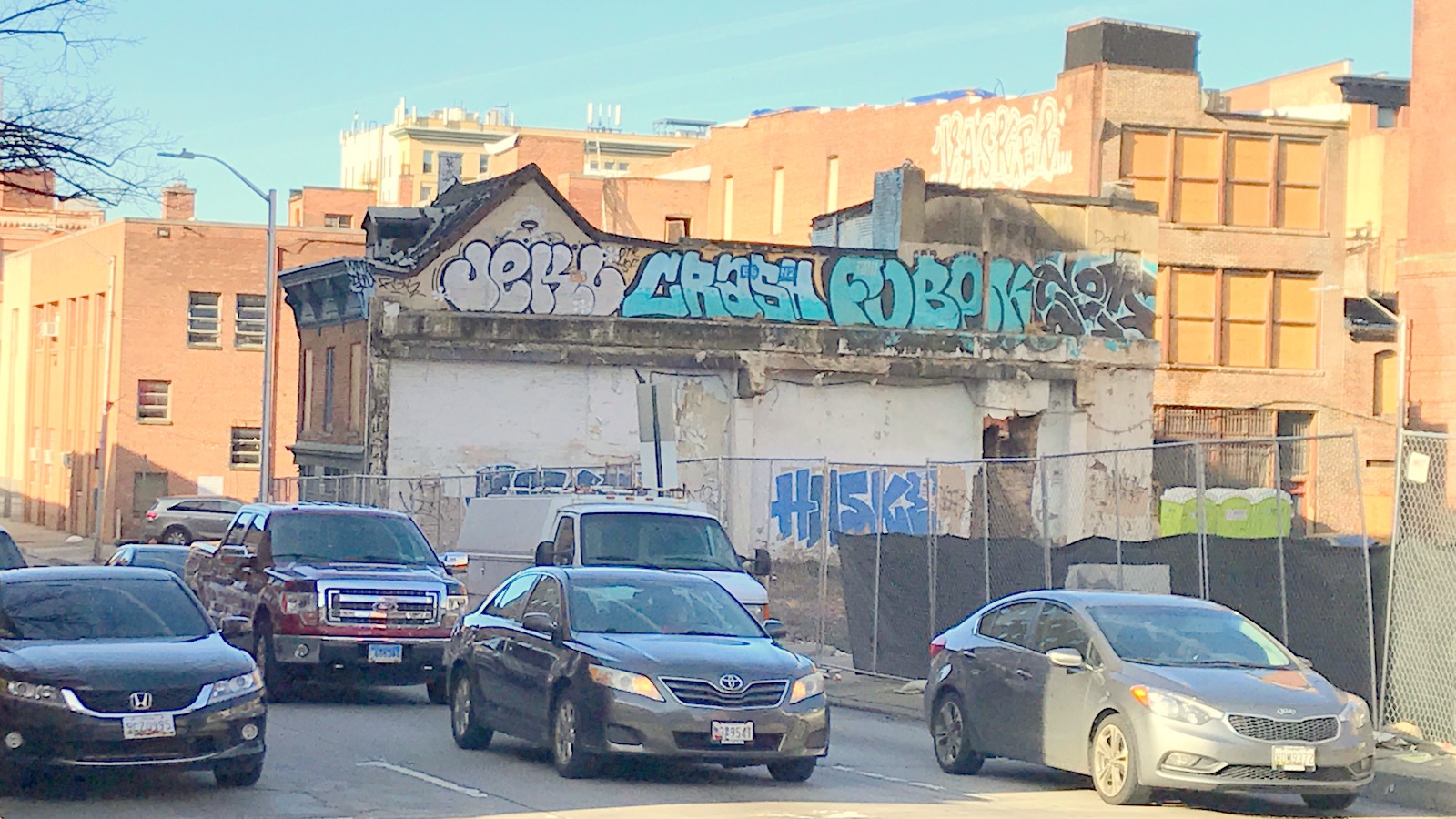 The following year, 214 West Mulberry obtained a new license. City Paper reported at the time that the Martick family intended to revamp and reopen the restaurant.

But that didn’t happen. A few years later, the family sold the property to Shapiro, who in April announced his own plans to remodel the space into a restaurant and work space for artists – a plan that did not bear fruit.

Out of options, Shapiro sold the property to Park Avenue Partners. (Shapiro did not respond to requests for comment.)

Buying up the Whole Block

Park Avenue Partners’ acquisition of the Martick’s building is part of their strategy to acquire every parcel of land on the block between Mulberry Street and Wilson Alley from Park Avenue and Tyson Street.

The conglomerate was previously before CHAP to determine the historical significance of the 70-year-old parking garage that existed directly to Martick’s east (at 400 Park). That got demolished just last month.

In August, CHAP determined that the rear additions of the buildings on 406-414 Park Avenue “do not meet the criteria for [historical] designation,” allowing the back halves of those five buildings to come down, too.

The building on the block’s northwest corner used to be a Baltimore Gas & Electric substation, but like the parking lot and buildings along Park, will soon be acquired by Park Avenue Partners from the city as part of the redevelopment, Janian said. (PAP last year acquired the Park Avenue buildings and parking lot from the city for the same purpose.) 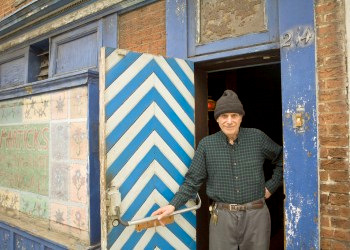 To enter Martick’s Restaurant Francais, you rang the bell and waited for someone to let you in – most likely Morris himself. (Jennifer Bishop)

Janian said the space that once housed the parking lot will be converted into apartments.

The 406-414 Park buildings are slated for restaurant space, with the street-side architecture preserved and the back-end portions set for demolition to be converted into somewhat of a courtyard for the area.

The old BGE building will be renovated. Negotiations for future tenants and uses are still ongoing.

Also destined to be folded into the apartment complex is the parcel currently occupied by the Martick’s building. Janian said his group purchased the building from Jabber Five “after they weren’t able to make the numbers work due to the incredibly deteriorated state of the building.”

Shapiro, an experienced developer, was challenged by a decade of deterioration under previous owners who also tried unsuccessfully to rehabilitate the structure, Janian said.

“After we also looked at various redevelopment scenarios,” he said, “it was determined that the only viable course of action was to demolish the building and incorporate the footprint into our new building.”

Whether CHAP will allow them to do so should become clearer at Tuesday’s hearing.