One of the most vocal critics of the Department of Public Works and its director, Rudy Chow, will now be working for, well, DPW and Rudy Chow.

The retired federal employee not only accused the agency of turning the northwest Baltimore park into “a wasteland,” but of creating a public health risk by failing to remove soil found to contain hexavalent chromium, a known cancer agent.

Today the Board of Estimates, whose members include Chow and Acting Mayor Bernard C. “Jack” Young, is set to appoint Batts to a $100,000 position at DPW apparently created just for her.

She will become a Contract Service Specialist II responsible for “developing innovative solutions and workplace models” for the agency, according to the BOE agenda.

How did Batts get the gig?

She told The Brew she was approached “by someone in DPW during my months of advocacy around tank management” and that she realized accepting the offer might look bad to some.

“Would the public think that as a result of my advocacy, I am being silenced?” she asked yesterday at City Hall following her testimony on behalf of a bill that would designate Hanlon Park a city landmark.

“For those who would say that, I would say they do not know the person named Linda Batts.” 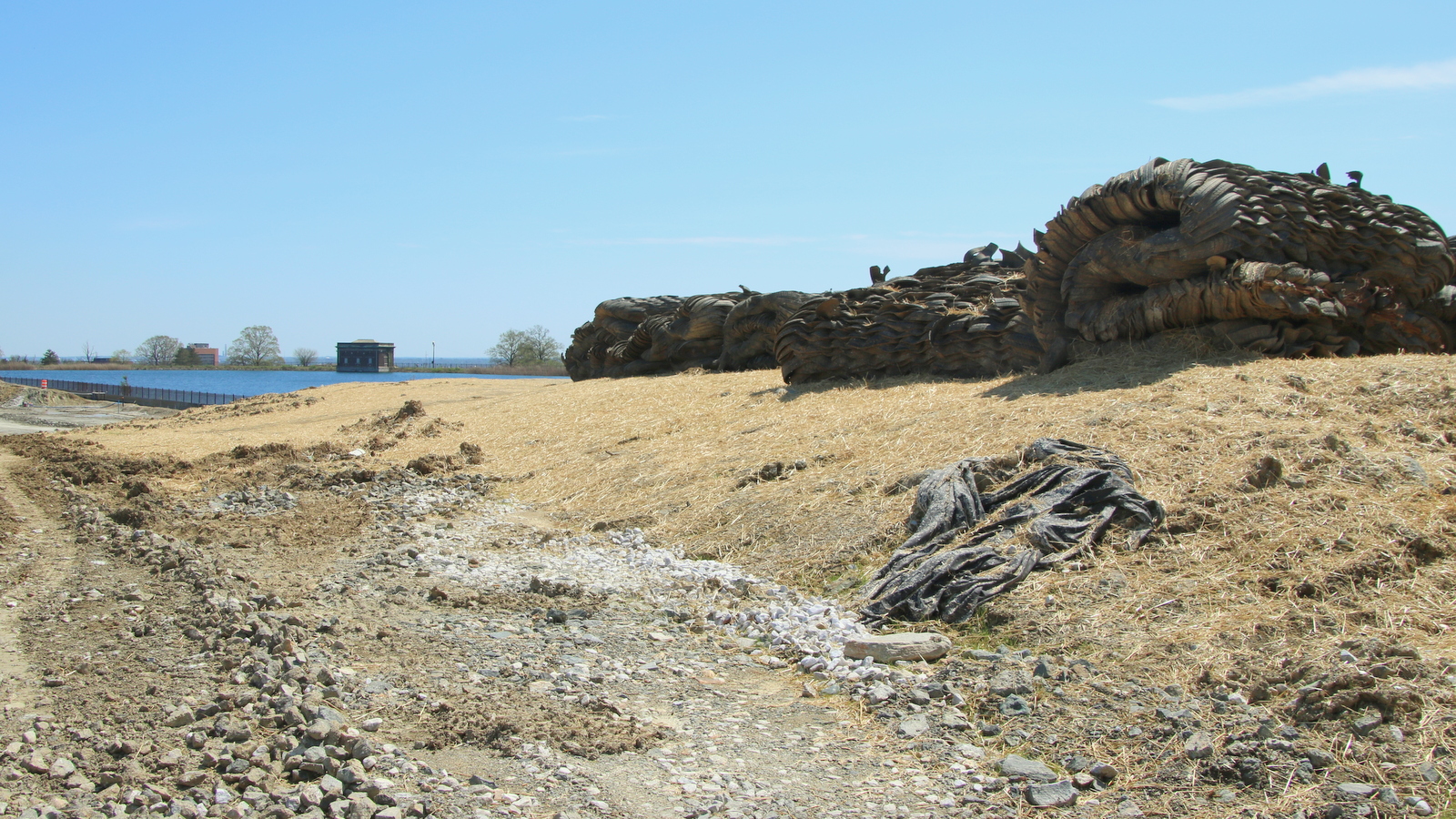 “She’s been a constant critic of DPW and what they do and how they do it,” said Hicks. “She’s said these things in public and to community leaders like me.”

That criticism has extended to the policies and practices of DPW Director Chow. “She’s never been a fan of his,” Hicks said.

A 2018 City Council hearing where Batts testified on behalf of the Hanlon Park Improvement Association. Starts at 42:10. (Charm TV)

Yesterday at City Hall, Batts came off like an insider, accepting congratulations after her testimony, including a big hug from DPW director of legislative affairs, Marcia Collins.

“I weighed, is it better to be a voice on the outside or try to shape and influence the people on the inside,” she told The Brew.

“For those who would say I am being silenced, I would say that they don’t know the person named Linda Batts.”

Giving her confidence that working inside DPW was the right choice was her knowledge of all she has to offer the agency after 31 years in the federal government.

“I’ve been extremely critical,” she said, “but DPW needs the best and the brightest from Washington, and that’s what I bring – executive thinking from a leadership era that Baltimore needs to catch up to.”

Veteran of Many Jobs

Batts said she worked “in seven federal agencies, most notably I worked at Homeland Security and was part of the reinvention and the standing up of homeland security after  9-11.

“I dealt with corruption in customs at the border,” she continued. “I implemented a national civil rights plan for the U.S. Customs Service. I retired from the Comptroller of the Currency which oversaw the banks.

“And in between all of that, I worked at the Veterans Administration, the Department of the Army, the Defense Mapping Agency and the Secretary of State.”

Batts said she is not sure if she’ll be reporting to Chow or to his deputy, Kimberly Morton.

“I would assume given my history, I would be reporting to either of them. I would be a key player.”

What will she actually do at DPW?

“I am thinking it will be to build systems of accountability and infrastructure around performance management, so that the network and the rewards are all aligned with what folks are being held to task for,” she said.

As vice president of the Hanlon Park Improvement Association, Batts had been the community’s liaison with DPW during negotiations to remove soil found to contain potentially risky levels of chromium.

At a July 11, 2018 City Council hearing, Batts accused DPW of turning the park into “a wasteland” and of “engaging in double talk.”

Two weeks later, she helped orchestrate a meeting where Chow was denounced for not protecting the community from the detected chromium and for permitting the contractor to pulverize thousands of tons of excavated rock on-site for the underground tanks.

After the second meeting, opposition to the tank project quickly dissipated as DPW promised to respond to the community.

Batts later told The Brew that her hands were tied by other community leaders who were wary of upsetting city leaders, especially Mayor Catherine Pugh, who lives in the Ashburton neighborhood.

Simultaneous to the community’s sudden silence was the end of public criticism of Chow and DPW by the district’s councilman, Leon F. Pinkett III.

Pinkett backed away from his previous “demand” that DPW remove the chromium-tainted soil at Hanlon Park.

Excavation for the tanks, to be used for storing drinking water, has since moved forward on schedule, according to DPW.