A Department of Public Works engineer was paid to perform two jobs during the same hours for more than a year, enabled to do so by working remotely at both, Baltimore’s Inspector General disclosed today.

The employee – unnamed in the public synopsis released today – is still employed by DPW, the report says.

Tamiko Bryant, DPW’s chief of human resources, did not address the employee’s current status, but said DPW plans to require all those authorized to work remotely “to have a signed telework agreement on file.”

The agency also plans to “issue guidance to agencies and employees about secondary employment outside the city.”

DPW Director Jason Mitchell, who was hired from Oakland, Calif., by Mayor Brandon Scott to provide transformational leadership to a department rocked by inefficiencies and scandal (here, here and here), did not respond to the IG report.

When the employee in question was authorized by his superiors to work from home, he did not sign the required telework form. And when he applied for a job at the private company, he listed his employment with DPW as covering years 2009 to 2020.

“During the review process, the company discovered the engineer had never ended their tenure with the city.”

“The company assumed the engineer’s tenure with the city had ended,” the report says, and he was hired to work remotely for the company Monday through Friday, 8 a.m. to 4 p.m.

This arrangement lasted until spring 2021 when the engineer applied for an internal transfer at the company, which prompted an employment review.

“During the review process, the company discovered the engineer had never ended their tenure with the city and had been working both jobs simultaneously,” the report says.

The engineer stopped filing an annual disclosure report with the city Ethics Board after 2018 when he was informed he was not required to do so. The report requires disclosure of secondary employment. 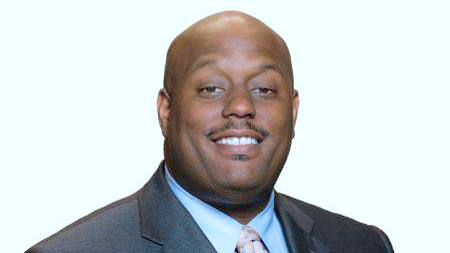 “During the investigation, DPW informed the OIG that the lack of a signed telework agreement was a departmental oversight. DPW claimed it is rectifying the oversight to bring the department into compliance.”

Another section of the city’s Administrative Manual (AM) allows secondary employment provided that such employment does not conflict with other city policies, such as the ethics law.

The AM “is unclear on the subject of dual employment while teleworking. Additionally, the policy does not address whether an employee can overlap shifts while working for the city and another entity,” the report said.

Given the prospect of at least some degree of teleworking in the future, the IG recommended the following to Mayor Scott, the City Council and the Department of Human Resources:

• Specify the exact hours of employment required while teleworking and document that employees do not work another job during those hours.

• Reevaluate telework authorization if performance issues are identified while an employee is on telework status.

• Consider requiring financial disclosure statements for all non-clerical employees and/or employees above a certain salary or skill level, including engineers and other professionals.

Telework in the Future

Expanding the use of teleworking has become a goal of City Administrator Chris Shorter.

While the restoration of “resident-facing services” suspended or limited during the pandemic is now underway, Shorter says he and Mayor Scott do not wish to return “to the status quo where all staff report on site 100% of the time.”

To reach this reporter confidentially: reuttermark@yahoo.com