As it has annually since 2014, Doors Open Baltimore is welcoming the public into the city’s historic buildings and unique neighborhoods.

But this year, this “festival of architecture and neighborhoods” kicked off with some stinging framing.

In the inaugural lecture, “Mapping Baltimore Apartheid,” Dr. Lawrence T. Brown highlighted some city buildings with lovely architecture but an ugly history, like the Mount Clare Mansion where enslaved Black people were held.

Brown showed a map of nine locations along Pratt Street related to the slave trade, as highlighted temporarily during the 2014 Light City Baltimore festival.

He asked why these places – where slave merchants had their offices, where slave ships were unloaded and where human beings were sold – do not have permanent historical markers?

“This is part of the architecture of Baltimore,” he said. “Where’s the commemoration of this activity down in this area that’s very commercial now? Where are we honoring the way that African Americans were bought and sold?”

Fast forwarding to 1910 when the City Council approved the nation’s first residential segregation law (“Baltimore leads the way! Baltimore is the prototype!”) he called out the four mayors associated with this racist policy in no uncertain terms.

“I call them the godfathers of Baltimore apartheid,” declared Brown, who documented the legacy of slavery, racism and segregationist laws and policies in his book, The Black Butterfly: The Harmful Politics of Race and Space in America. 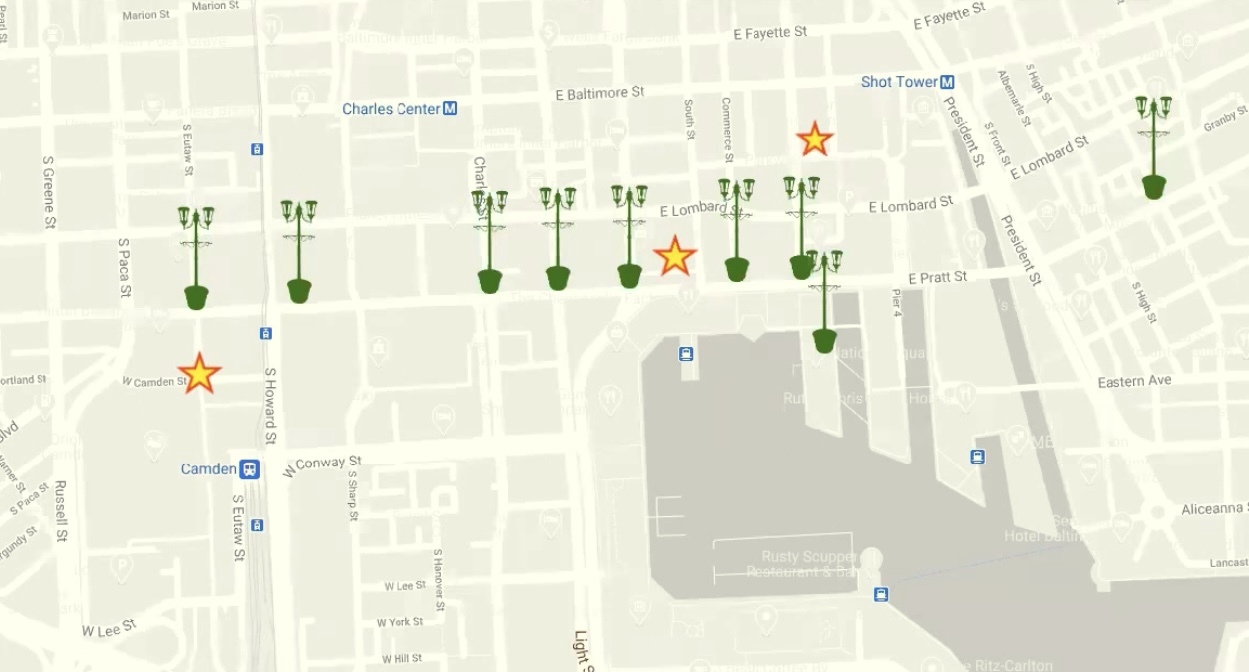 Brown’s address, and other recorded events in the series, can be found on the website of Doors Open Baltimore, which is hosted by the Baltimore Architecture Foundation and continues through October.

After Brown’s remarks on Friday, the public was invited over the coming weeks to explore, in some cases virtually, a variety of city buildings – among them the “iconic” Hoen & Co. Lithograph Building, the “breathtaking” First and Franklin Presbyterian Church and the “classical-with-a-twist” homes designed by Edward Palmer, one of the original architects for the Roland Park Company.

Other places to be highlighted as part of the Doors Open Baltimore programming include the sites of ongoing local controversies that have captured recent headlines, including Historic East Towson and the historic Poppleton neighborhood facing depopulation and demolition by the city.

“When you go to these sites I want you to keep in mind this history we’re about to discuss today,” Brown said, going on to deliver a lively presentation replete with  original documents, maps and news clippings.

“We’ve got to talk about how planning in Baltimore has been lily, lily, lily white”  – Lawrence Brown.

Brown talked about the institutions that contributed to the way Baltimore has joined the ranks of America’s most hyper-segregated cities, spotlighting the role of several, including the media.

Reviewing online databases of newspapers across the county, Brown looked at how many times “Cash for Negroes,” Negro Domination” and “Negro Invasion” appeared between 1837 and 1971.

“The [Baltimore] Sun was the No. 1 newspaper in the use of all these phrases,” he said.

“I feel safe in saying, statistically and quantitatively, the Baltimore Sun is the most racist paper in American history.” 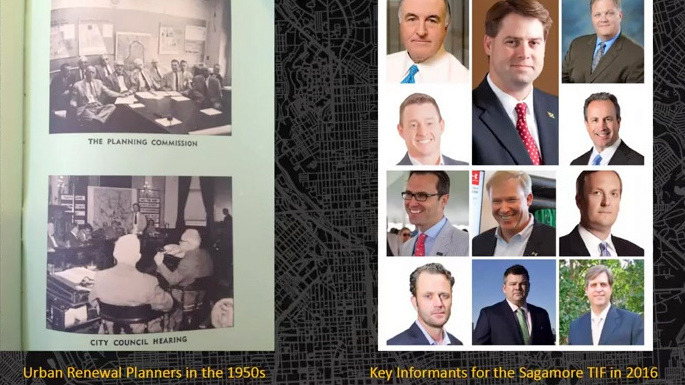 Baltimore  officials involved in urban planning in the 1950s (left) and during the approval of the Port Covington TIF in 2016. (Lawrence Brown, Doors Open Baltimore lecture 10/1/21)

He also turned the spotlight on the organizers and sponsors of the event that he was keynoting, a group that includes Baltimore’s busiest architects and restoration specialists.

“We’ve got to talk,” he said, “about how planning in Baltimore has been lily, lily, lily white.”

Brown lauded the Baltimore chapter of the American Institute of Architects as it celebrates this year its 150-year anniversary. But he also challenged them with a blunt question:

“What have you done in 150 years – how have you contributed to the hyper-segregated reality that pervades life in Baltimore city?” he asked.

“And furthermore, what are you going to do? What are people going to do about this history?”