In a decision that will have community groups and homeowners breathing easier, the Maryland Court of Special Appeals has tossed out a lawsuit by developer Larry E. Jennings seeking $25 million in damages against Woodberry residents who had opposed his land use plans.

In a 31-page decision, Judge Glenn T. Harrell Jr. likened the suit to “a killer asteriod” intended to “make extinct the complaints and complainants” who had exercised their right to speak out against Jennings’ plans at the historic Clipper Mill complex in North Baltimore.

“This is a significant victory for freedom of speech, and it’s a big deal for residents and community groups,” said attorney John C. Murphy, who represents Clipper Mill residents in other matters but did not participate in the lawsuit.

“This is the first appellate case [in Maryland] that addresses the anti-SLAPP statute, and it protects the rights of citizens to protest zoning and other decisions without getting sued.”

Since the filing of Jennings’ action in July 2020, several local developers and businessmen have threatened, or implied a threat, to sue citizens who opposed their real estate or commercial plans.

• Fells Point residents, who were threatened with a lawsuit, lose liquor license challenge (1/28/21)

The lawsuit claimed that Clipper Mill residents weren’t legally allowed to express their views at meetings before the Baltimore Planning Commission and Commission for Historical & Architectural Preservation (CHAP). 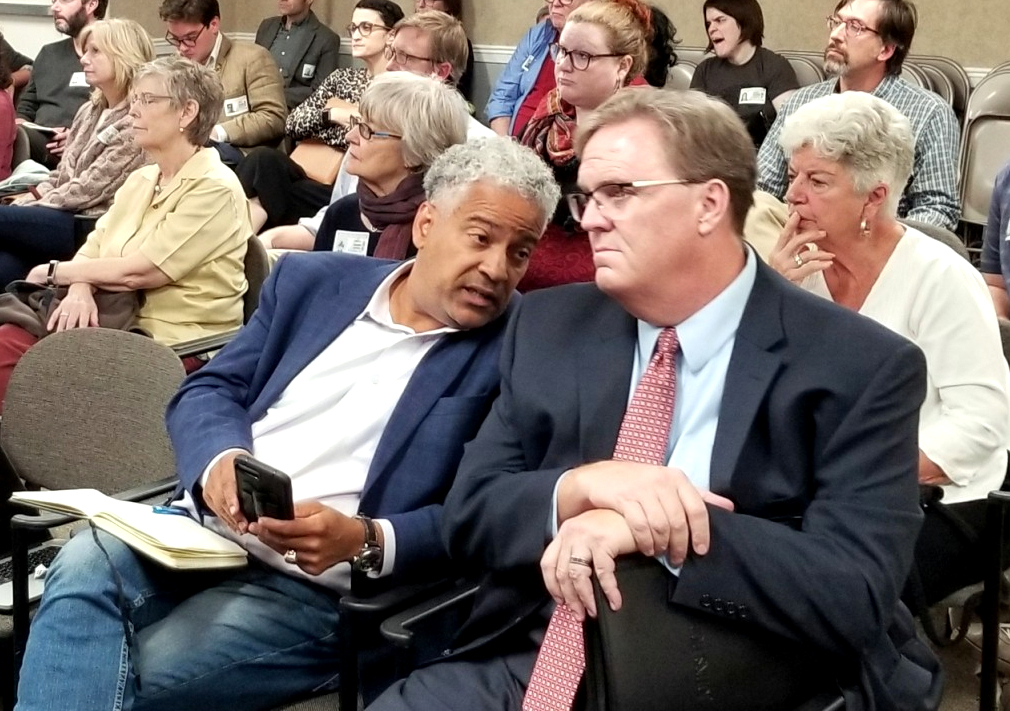 Saying the suit’s purpose was to seek “a substantial punitive award . . . to deter such conduct in the future,” Jennings’ attorneys, David Applefeld and Richard Goldberg, demanded email communications among the residents and homeowners associations as well as private bank and other financial records.

In yesterday’s ruling, Judge Harrell said, “The developer did not allege any facts showing that the residents acted with malice in making any communications” and could not plausibly claim they had violated a community association pact.

Residents had exercised their constitutional rights “within the realm of legitimate advocacy in a land use case,” the judge rules.

The residents exercised their constitutional rights in speaking before the public bodies, “all of which were within the realm of legitimate advocacy in a land use case.”

Since filing the lawsuit, Jennings’ Valstone Partners announced that it had sold its interest in Clipper Mill to another local developer, MCB Real Estate.

In October, Jennings filed a legal notice of substitution, naming MCB Woodberry Developer LLC as the successor to his group, VS Clipper Mill LLC.

In dismissing the case, Harrell referred to MCB/VS as the plaintiff and, in deeming it an illegal SLAPP action, ruled that legal costs were to be borne by the appellant.