His new job was approved in his presence in a 6-2 vote this morning by the county’s Board of Supervisors meeting in Woodbridge.

“It is truly an honor and a privilege to serve this county is this next chapter,” Shorter told the board. “I am privileged to be a public servant.”

The 44-year-old will remain on Baltimore’s payroll through December 30, then take up his new duties in Prince Williams County on January 3.

In a press release, Mayor Brandon Scott confirmed Shorter’s departure, calling it a reflection of his administration’s accomplishments.

“In just under two years, Baltimore has seen tremendous strides, much of it due to Chris’ transformational leadership,” Scott said, citing seven initiatives tied to his short tenure.

They included the creation of a “strategic action plan which outlined a clear vision for the City of Baltimore,” implementing an employee rewards and recognition program, setting up the structure for a new Transformation Management Office, supporting a new online customer payment portal, chairing the Workforce Vaccination and Testing Operations Task Force, and starting a “comprehensive procurement reform process” that is still months from completion.

As City Council president, Scott had championed the idea of a city administrator, overcoming a veto by former Mayor Jack Young and winning voter approval in November 2020 to enshrine the position in the City Charter.

Scott picked Shorter, then an assistant city manager for Austin, Texas, in his first days as mayor.

A newcomer to Baltimore, Shorter’s resume listed eight jobs over the prior 16 years, most centered in Washington, D.C. government.

A Time of Turnover

Since coming to City Hall in January 2021, Shorter has been infrequently seen at public events, instead working behind the scenes where a good bit of staff turnover has taken place.

Within a year of his arrival, his direct-report deputy, Daniel Ramos, took a job in Texas, and replacement deputy, Chichi Nyagah-Nash, left five months later. The current deputy administrator, Simone C. Johnson, was recruited from the city health department as an interim appointment, then made permanent.

In September, Scott’s chief of staff, Michael Huber, left, denying rumors he had clashed with Shorter.

Previous to this, Jason Hardebeck, first-ever director of broadband and digital equity, departed, again reportedly because of tensions with Chris Shorter.

An elected official, speaking to The Brew last January, cited erratic trash and recycling collections by another Shorter recommended hire, Public Works Director Jason Mitchell, as an example of sloppy and unresponsive management.

“Chris did start to try to address some things, but I’ve not seen a real improvement in city services in the past year”  – city official.

“Chris Shorter was hired to get the trains to run on time, but nobody can figure out what he’s doing,” the official, who asked not to be identified, said. “He dresses down people at meetings, then he gets real quiet and accepts what they say. There’s no direction.”

Asked about his current assessment, the official said today, “Chris did start to try to address some things, but I’ve not seen a real improvement in city services in the past year.”

Another insider complained that Shorter’s profile was so minimal that he didn’t respond to emails, even from department heads, which “leaves it to you to figure it out and, I guess, gives him plausible deniability.” 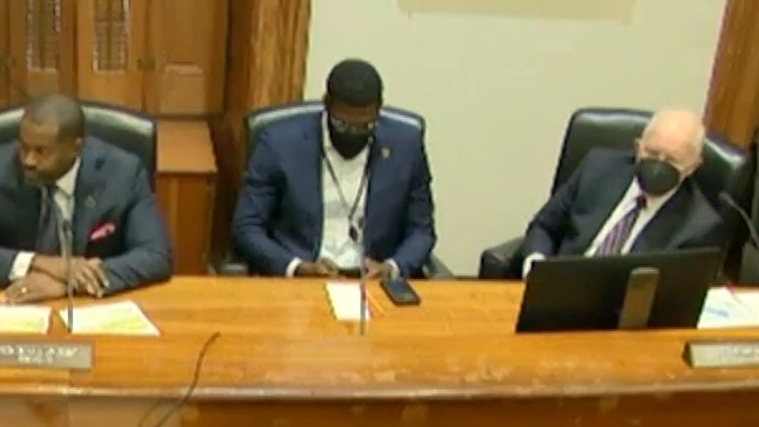 Despite these setbacks, Scott has moved to make the city administrator even more powerful. In September, the mayor and Board of Estimates let Shorter appoint three assistant deputy administrators, who were scheduled to start work on October 3.

Two days later, on October 5, he secured a $1,010,000 renewal of a prior $660,000 no-bid contract with EY (the former Ernst & Young) for advisory help in establishing the Transformation Management Office.

The renewal was approved by Scott and his two board appointees, City Solicitor James Shea and Public Works Director Mitchell.

Voting against the deal was City Council President Nick Mosby. He said he didn’t see how EY’s “theoretical findings” applied to the real-world problems the city is facing. (Comptroller Bill Henry, meanwhile, abstained after expressing concern that the city was “paying expertise prices for temp help.”)

Shorter’s annual budget has jumped 270% to a current level of $3.7 million.

In recent months, Shorter has also been stepping out, for example, spending three days in Cambridge, Mass., in August to attend a public sector executive summit at Harvard University.

Last week, he won Board of Estimates approval for a trip to Kansas City where he will attend a National League of Cities summit.

The goal of the November 16-19 gathering is to learn what can be incorporated into Baltimore City from other government initiatives.

Shorter’s office justified the trip by noting that “communities depend on forward-thinking leaders to take bold action and to share with peers, public and private sector stakeholders and subject matter experts on how to best use impact, action and service as tools for a better tomorrow.”