A group of men loitering outside a corner store scatter as Joyce Smith walks a reporter up to a couple of rowhouses in a roughed-up Southwest Baltimore neighborhood known as Shipley Hill.

Choked with weeds, vines and debris, the two attached houses are both slated for demolition – but the process has stalled for over a year.

One rowhouse, 42 South Franklintown Road,  is owned by Texas real estate tycoon Scott Wizig, who was ordered to demolish it lastAugust in a rare legal victory for communities battling out-of-town investors who hide behind opaque corporate entities.

But the other house’s owner, the City of Baltimore – the biggest vacant property-holder in town – has dragged its feet on demolition, leaving Wizig unable to comply with the court order because one rowhouse can’t be razed without de-stabilizing the other adjoining structure.

Longtime community activists like Smith have grown disillusioned with the city’s Vacants to Value program, which targets some properties for redevelopment and lets others, like 40 South Franklintown Road,  molder on a kind of demolition death row.

For the residents who live amid these dangerous structures, she said, the city’s conduct is indistinguishable from that of the private speculators who sit on dilapidated property for years.

“It’s the same game dressed up with a different bow,” said Smith, president of Operation ReachOut Southwest Inc, a coalition of 12 neighborhoods. 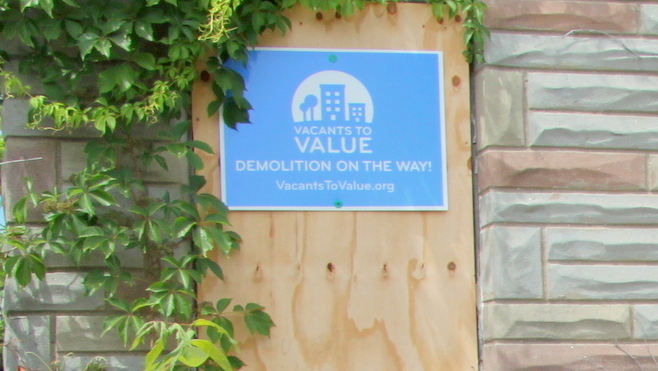 (A Baltimore Housing Department spokeswoman told The Brew on July 12 that the city made the decision to demolish the property a year ago and that it was scheduled to be razed in two weeks. As of this week the two rowhouses are still standing.)

Whether they’re tangling with slumlords or a not-always-responsive city bureaucracy, residents like Smith have a new organization on their side – a city-wide independent coalition calling itself Baltimore RENEW (Residents Engaged in Neighborhood Empowerment and Well-Being).

“The community leaders bringing this group together want to raise the voice of all under represented neighborhoods. This is a united group putting together a common agenda,” said Kristine Dunkerton, Executive Director of Community Law Center, which is supporting the  more than 30 communities that formed Baltimore RENEW late last year.

It was the groundbreaking suit targeting Wizig’s derelict properties across the city that originally brought six of the neighborhoods, plaintiffs in the suit brought on their behalf by the Community Law Center, together.

The complaint was settled with Wizig agreeing to demolish or repair more than 50 vacant buildings. The leaders, many representing neighborhoods largely written off for redevelopment by the city and its Vacants to Value program (those with alarming numbers of vacant properties), saw the need – and grass roots interest – for a city wide alliance.

Seventy-three leaders showed up from 35 neighborhoods. They came from relatively stable communities like Woodberry, Charles Village, Ashburton and Hamilton Hills, as well as many neighborhoods with mounting numbers of vacant properties: Park Heights, Rosemont, Sandtown-Winchester and Colstream-Homestead-Montebello.

The topic of vacant and derelict properties is “what everybody wants to talk about,” said Grace Willis, a longtime Barclay resident and board member in the Greater Greenmount Community Association, who is one of RENEW’s leaders.

“Even in an affluent neighborhood nobody wants a vacant house,”  Willis said. “We feel if you have 80 percent of the community associations zooming in on this problem, somebody has got to listen. That’s your power.”

More than 60 community leaders showed up for a second meeting at a church on North Fulton Avenue in West Baltimore where they shared their frustrations about property owners and the city government not addressing the unboarded buildings, trash, weeds, rats and drug addicts hiding in vacant buildings that escalate a neighborhood’s downward spiral.

“This is where I need to be,” one leader from Edmondson Village remarked, listening to the comments from audience members who again hailed from a diverse cross-section of the city.

Written Off by the City

One purpose RENEW leaders see in their coalition is to fill a void left by the city’s Vacants to Value program, which targets fewer than 5,000 vacant buildings for redevelopment. At least another 12,000 vacant buildings are not part of the program because they are located in the most blighted communities, or what Baltimore Housing calls “stressed markets” with little resale or rental potential.

Leaders of these neighborhoods say they refuse to be written off. Through the Community Law Center, RENEW has already hired a community engagement coordinator, Renee Stainrod, with money from the Wizig settlement.

The group had its third meeting in May with Baltimore officials and is hoping to find a way to challenge the largest owner of vacant properties: the city government, known legally as “The Mayor and City Council.”

The city owns 2,253 vacant buildings, as of June 2016, according to a Baltimore Housing spokeswoman Tania Baker. The Housing Authority of Baltimore City owns another 249 vacants that used to be public housing homes. The remaining 14,242 are privately owned. (These are only the vacant buildings counted by the city and assigned Vacant Building Notices. 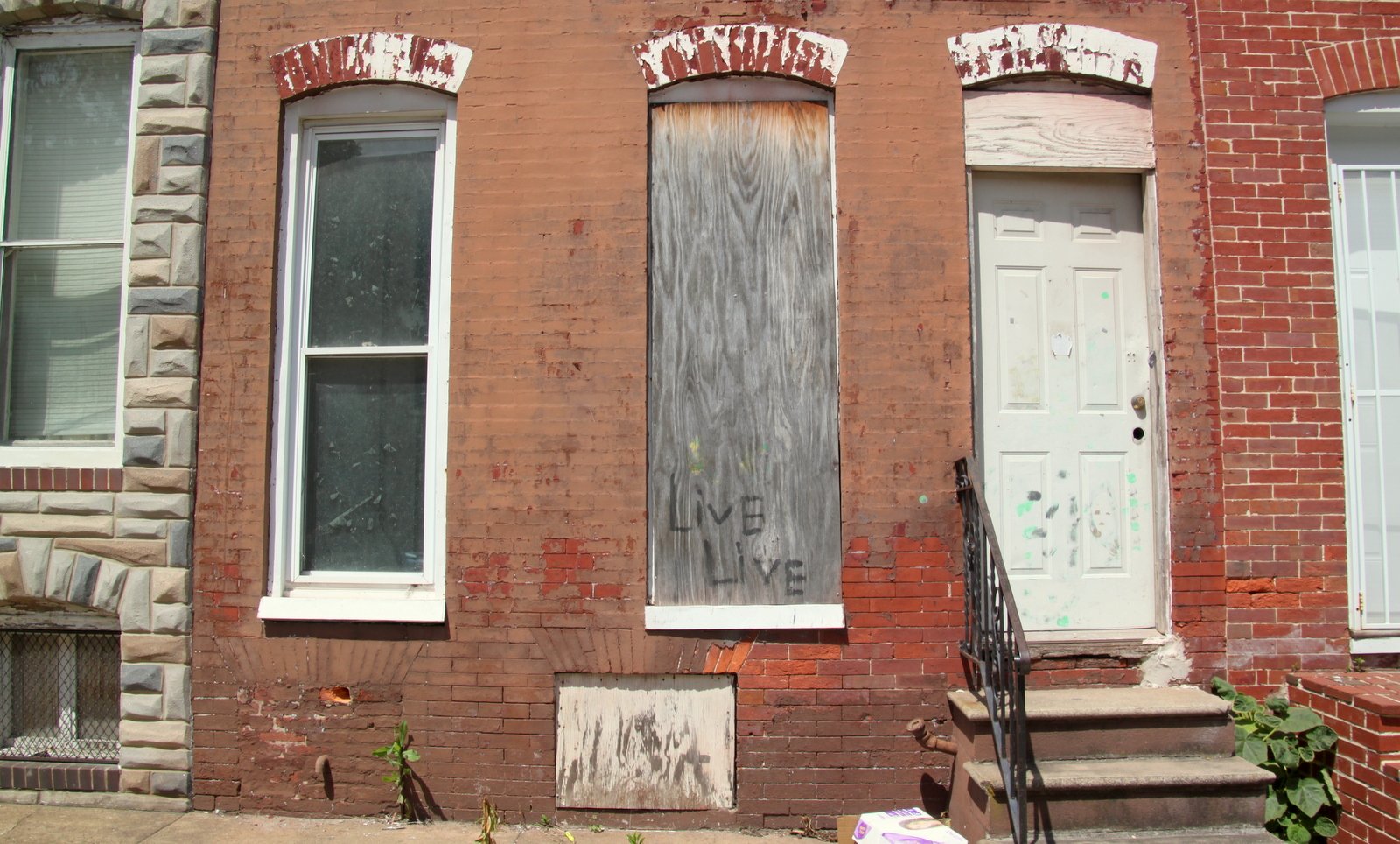 By other measures, the total number of vacants in Baltimore is greater still.

The Baltimore Neighborhood Indicators Alliance, a division of the Jacob France Institute at the University of Baltimore, estimated last year there were more likely 31,370 vacant properties, using both census and city data.) The city also counts 18,259 vacant lots, a number that will rise as the city continues to demolish vacant buildings, most without plans for redevelopment.

While city housing inspectors pressure private owners with fines and citations for broken windows, trash and weeds, many of the city’s own properties aren’t in any better condition.

“Some of the worst vacant properties are city owned properties,” said Jacobs. “People get very frustrated and feel like nothing ever gets done about it.”

Vacants to Value offers city-owned houses for sale (usually for $10,000 each) to people who can prove they have funds for rehabilitation. But, since many of the most depleted communities are not part of the Vacants to Value redevelopment program, the city-owned vacants continue to deteriorate.

A veteran of nearly three decades of community organizing in Baltimore, Smith has experience battling privately-owned properties too, which have their own set of challenges.

The Wizig lawsuit, for example, demonstrated the difficulty communities face in battling out of town property investors who hide their identities.

“There are people who just buy houses and sit on them. It’s hard to get beyond owners who are from out of town,” said Smith. “They have the resources to hide and shield” their identity through ‘limited liability companies’ that are hard to trace.

Some of Wizig’s entities, for example, have enigmatic names, including one, Harbor Pier Homes LLC, which owns decrepit houses that are neither at the harbor nor on a pier. Other names conjure up great investments for the largely valueless houses – such as Baltimore Return Fund LLC and Compound Yield Play LLC. 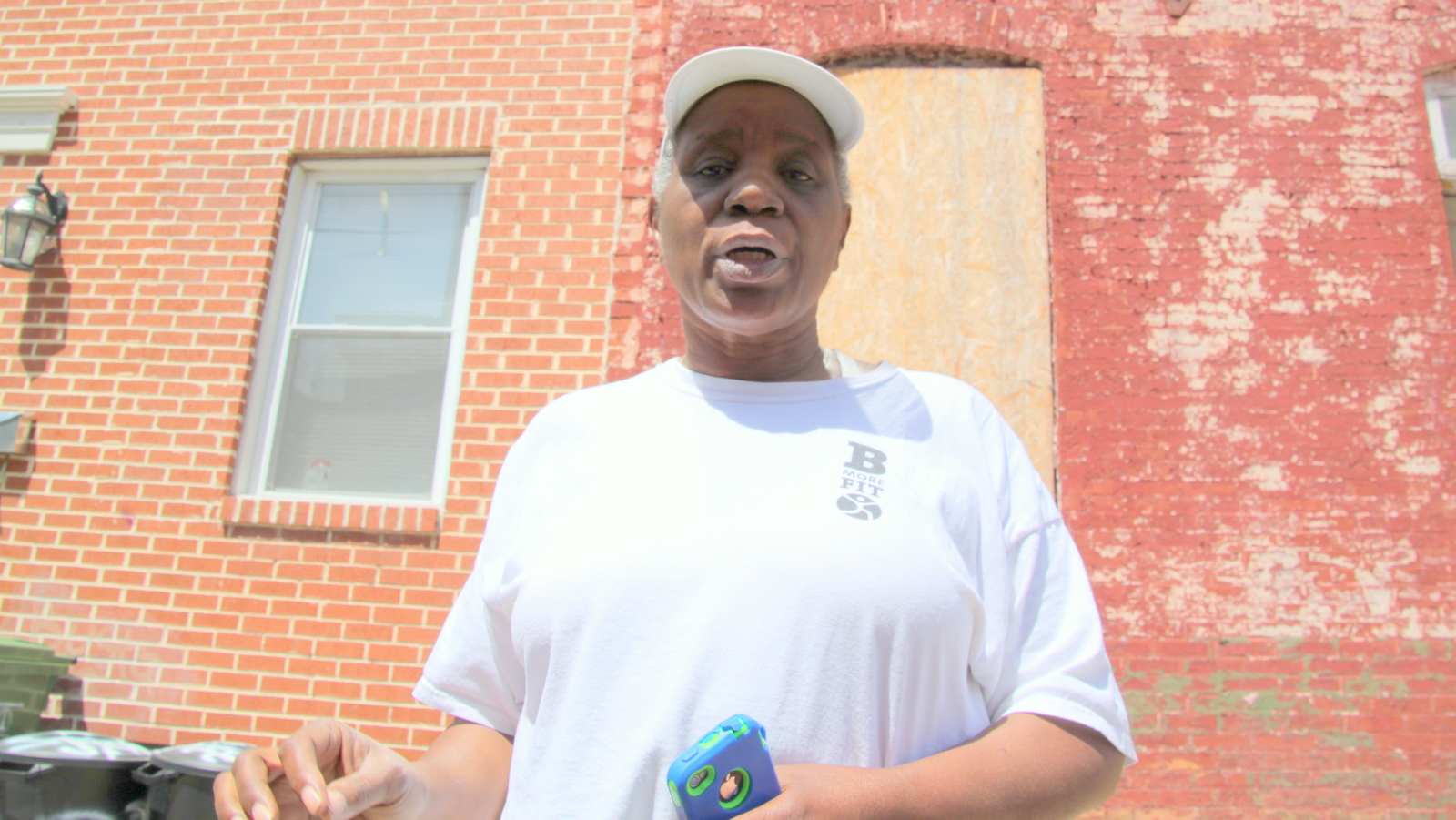 Joyce Smith: “I believed you can hold onto what you have and make things better.” (Fern Shen)

In addition to attempting to uncover the true owners of LLC’s, RENEW’s leaders hope to tackle some other entrenched problems they believe the city is unwilling or unable to address.

For example, the city has hundreds of so-called “zombie properties” abandoned by mortgage companies which fail to record new deeds in their names after foreclosure, making it difficult to find the legal owner to address deterioration and housing code violations. The city or state, advocates say, could require banks and mortgage companies to take legal title of properties they foreclose and don’t resell.

Trying to Hold On

Smith says she’s watched houses being abandoned at an alarming rate, sometimes when people die and their families leave the homes vacant. City redevelopment plans are dropped, she noted, once the vacant building rate hits 20 percent, accelerating the process.

It’s a downward slide she’s resisted not just for her neighbors but for herself.

“When I bought my house 27 years ago, my family thought I was nuts.  I knew there was white flight (to the suburbs) and I knew the glass might be half empty,” she said, “but I believed you can hold on to what you have and make things better.”

She’s had her doubts in recent years, she said, as blight has spread throughout her Southwest Baltimore community and the city’s redevelopment programs have bypassed some of the worst communities she represents.

But now, with the forming of the coalition, she said, she’s got that feeling of optimism back.

– Joan Jacobson is the author of “Vacants to Value” published last November by the Abell Foundation.