In 2017, overtime pushed more than 900 Baltimore police personnel above the $100,000 pay threshold, The Brew’s review of city payroll records found.

Also prominent among those six-figure earners were sergeants and lieutenants who were paid large chunks of overtime in addition to their annual salaries.

Overtime comprised 60% of Harris’ total pay in 2017, which was $244,914. Translated into hours, the police department has been paying him for 14-hour days consistently for years.

It didn’t use to be that way.

Traditionally sergeants and lieutenants were considered managers who put in the hours it took to operate their squads without overtime, except when their schedules were radically altered with little notice.

All that changed in mid-2000 when Mayor Martin O’Malley threw in the towel on a long-running legal dispute with the Fraternal Order of Police.

O’Malley said he wanted the matter resolved “so that this department can be entirely focused on mission.” That mission, in his eyes, was “zero tolerance.”

The FOP had brought a suit by 287 current and retired sergeants and lieutenants that argued they were not managers and thus were entitled to overtime pay under federal wage laws.

The Schmoke administration had fought the suit up to the U.S. Supreme Court, which had remanded the case back to a lower court when O’Malley decided to settle.

“In our opinion, their argument had some merit,” O’Malley said at the time, while noting that the settlement wasn’t going to be too costly – an estimated $2.6 million for current and back pay.

He said he wanted the matter resolved “so that this department can be entirely focused on mission,” he proclaimed. That mission, in O’Malley’s eyes, was “zero tolerance,” whose overtime costs soon began to break the department’s approved budget.

Nowadays, overtime for BPD’s roughly 450 sergeants and lieutenants amounts to about $15 million a year in departmental expenses.

Within their ranks stand 16 of the 25 highest-paid police in 2017, with two of them, Sgt. Harris and Lt. Mark Walrath, earning more than the police commissioner himself. 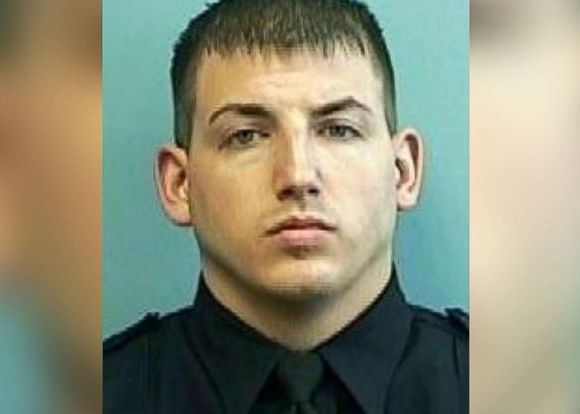 Wayne Jenkins, the former supervisor of the BPD’s Gun Trace Task Force, signed pay slips for his men when they were in New York or the Caribbean and let them start their shifts at the end of the day so they could pick up overtime on top of regular pay. (Baltimore Police Department)

Aside from the excessive cost of letting high-paid personnel grab overtime for routine duties, having supervisors be part of the same pay scheme they are supposed to police undercuts any effective system of checks and balances.

Wayne E. Jenkins, the once-celebrated sergeant of the now-disgraced Gun Trace Task Force, is a case in point.

In the federal indictment, Jenkins was depicted as its ringleader, organizing raids on suspected drug dealers to steal their cash, jewelry and guns. He let his officers start work at the end of their assigned shift, so they could pick up 8 or 10 hours on overtime on top of their regular-shift pay.

Having supervisors be part of the same pay scheme they are supposed to police undercuts any effective system of checks and balances.

He signed pay slips for his men when they were partying in New York or jetting to the Caribbean, and he granted himself extra pay when he vacationed with his family in Myrtle Beach.

They also were paid regular time and overtime when they invaded homes, framed citizens on trumped-up charges, and stole jewelry and drugs.

In other words, Jenkins was sloppy – one of his subordinates testified that the men thought he was out of control.

BPD’s response to this series:

The police department requires reporters to make all inquiries through its Media Relations Office.

“This would amount to an MPIA [Maryland Public Information Act] request,” chief spokesman T.J. Smith responded, declining to provide answers and forwarding our questions to “the Document Collections Unit.”

The Brew copied its request for overtime information to Mayor Catherine Pugh’s media office. We have received no response. We have left messages where possible with individual officers and, with the exception of one who declined to be quoted, were unable to reach the rest for a response.
________________________________