Like many waste hauling agencies around the country, the Department of Public Works is facing a worker shortage as households produce more trash while sheltering at home during the Covid-19 pandemic.

Cohen and Schleifer say the best way to get rid of the trash accumulating in Baltimore’s alleys and to resume recycling suspended in August, is to pay workers more for the difficult and dangerous job.

“They get that first paycheck and they never come back, and I don’t blame them,” Schleifer said at a press conference outside the building.

The two said giving these “essential” workers a raise from as little as $11 per hour to $15 per hour would be less costly than contracting out waste management to private firms.

One way to pay for higher wages, they said, is to use some of the $103 million appropriated to Baltimore for coronavirus relief efforts under the federal CARES Act.

There are other multiple funding sources that could be tapped by the mayor, according to Cohen. “That’s what we’re going to ask Mayor Young to do until he does it,” he said. 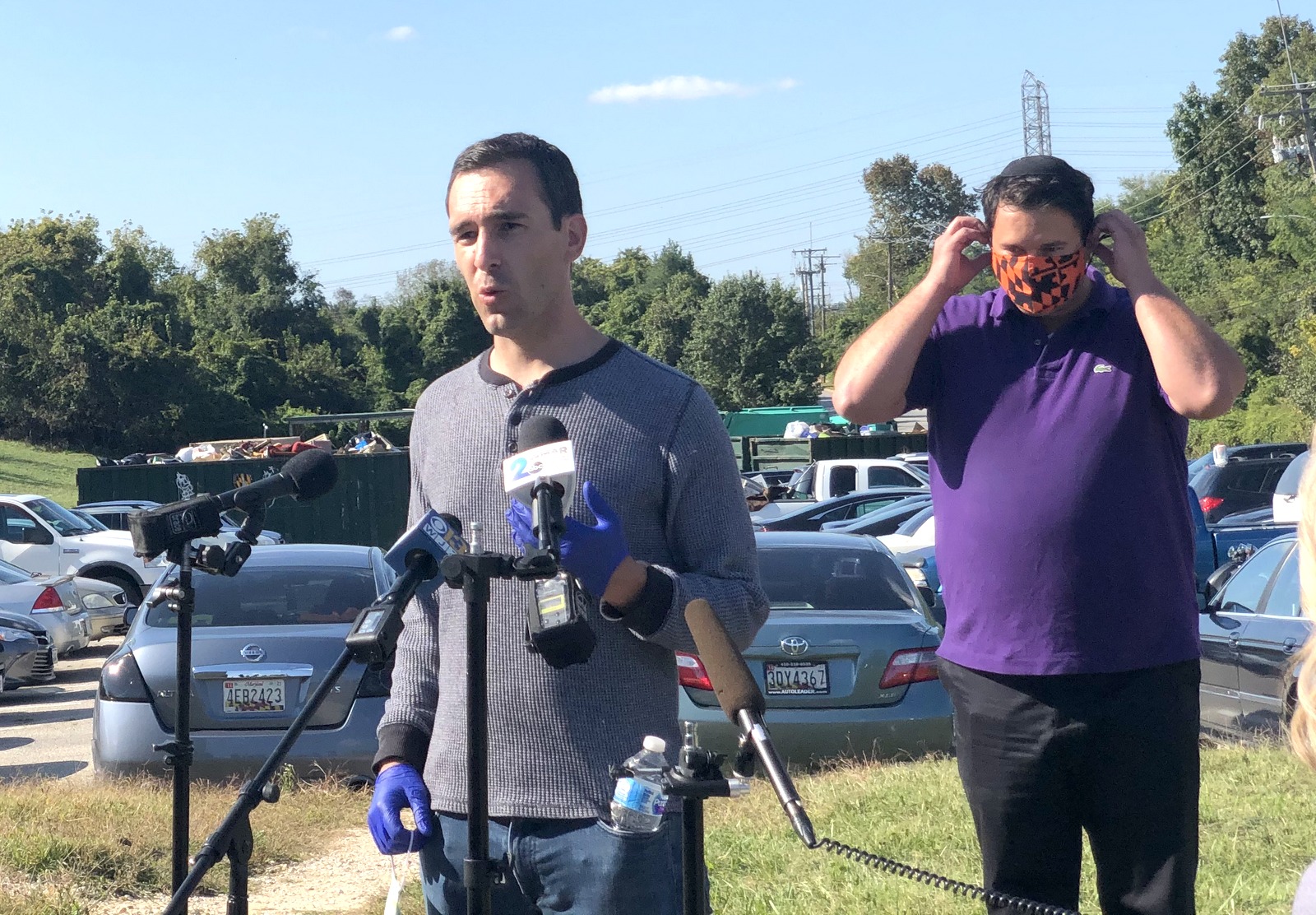 Their choice of venue was notable. The sanitation yard on Bowleys Lane was closed for weeks earlier this year because of a Covid outbreak. And the press conference followed an op-ed published in the Baltimore Sun by a fellow councilman who argued against any raises.

Eric Costello, chair of the Council’s Budget and Appropriations Committee and a close ally of Mayor Young, said he wants to give all city workers raises, but said there isn’t enough money available.

“Raising the idea of bonuses for one set of our incredible agency staff while neglecting to recognize the bravery and sacrifice of other departments is insulting to those departments,” wrote Costello, who represents the midtown and South Baltimore 11th District.

“I will not insult our employees or our residents with wishful thinking or disingenuous advocacy,” he continued.

A spokesman for Young cited a study on DPW worker pay commissioned last January, saying he would take “the appropriate steps.”

“Mayor Young has been focused on addressing this issue since before the pandemic,” spokesman James E. Bentley II wrote in an email.

Bentley said the mayor “appreciates that the councilmen are in agreement with him about the urgent need to address this pay discrepancy for some of our most essential workers.” 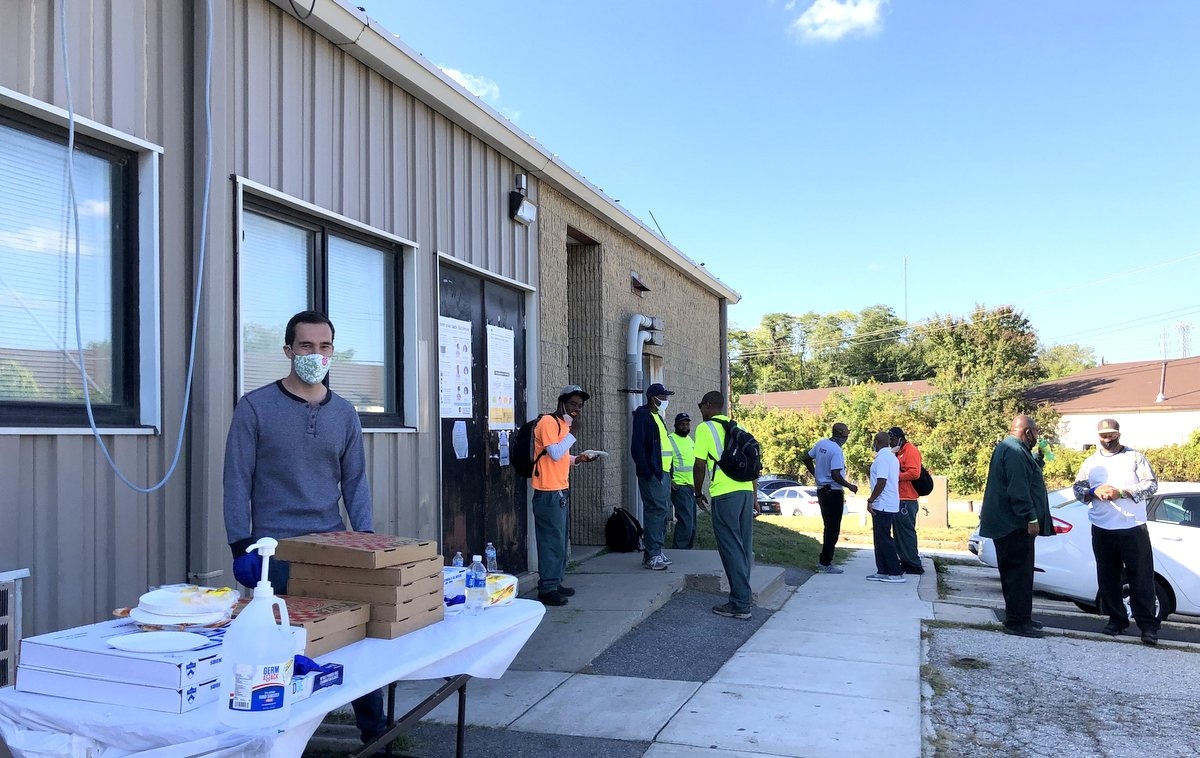 Pizza was handed out to sanitation workers coming back from their shift by Councilman Cohen yesterday. (Ian Round)

Half of Police Pay

Alan M. Weeks said he didn’t have many options when DPW hired him in 2010. “Wasn’t nothing else we could do,” he said.

Despite his seniority and recent advancement to “driver,” the highest paid category for a solid waste worker, Weeks has averaged $42,000 in annual  wages over the last four years.

That’s less than half of the $91,000 average pay that goes to employees at the Baltimore Police Department, an agency whose employee salary costs ballooned from $200 million in 2011 to $296 million last year, largely as a result of overtime pay.

Another worker coming in from work yesterday was Joseph Williams. He has been collecting garbage since mid-2017.

Despite periodic talk and occasional union agitation, no one in city government has pushed very hard to help the workers now deemed essential during the pandemic, Williams pointed out.

“Not like they are,” he said, referring to Schleifer and Cohen. “It show us that people care.”