For more than two hours yesterday, members of the Inspector General Advisory Board hammered away at Baltimore’s corruption watchdog over investigatory procedure, dancing around their core concern, which basically boiled down to this:

It wasn’t billed that way.

“I take it from time to time you decline to pursue complaints that you received. Is that right?” Shea asked.

“There are times when you feel as though the complaint is not well founded or not within your jurisdiction or requires a referral or a variety of reasons that you might not pursue an in-depth investigation,” Shea pressed on.

“My question to you is: Do you keep a record of even those preliminary decisions – all of them?”

The panel was created by a 2018 charter amendment that separated the IG from the mayor’s office and placed oversight in the hands of an advisory board.

Mayors Catherine Pugh, Jack Young and Brandon Scott had shown no interest in activating the board between late 2018 and early 2021.

Mosby demanded retractions to an IG report that she had requested in an effort to debunk The Brew’s reporting about her out-of-town trips and formation of a private company.

The fact that her husband, Nick Mosby, became president of the City Council last December strengthened her position.

“In a review of 25 independent state and local inspector general offices around the country, only seven had advisory boards,” she continued.

“But only Baltimore City has an advisory board made up exclusively of elected and appointed government employees. Asking the law school deans to join can only happen when two elected officials – the mayor and the City Council president – agree to the arrangement.” 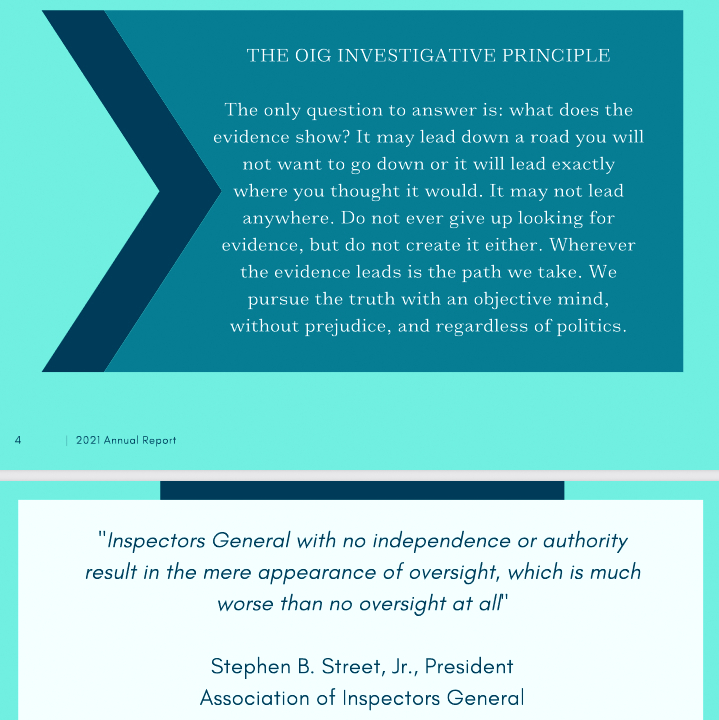 Board members disregarding or downplaying her concerns was just one oddity of the meeting.

Equally striking was that during 125 minutes of questioning not a single word was uttered by panel members about the office’s achievements, including the $7,051,000 in waste or savings the agency identified in fiscal 2021.

Nor was any concern expressed about the many examples of double dipping, contract malfeasance and serious waste documented over the last year by Cumming’s office.

Based on yesterday’s meeting, rooting out waste and corruption in Baltimore government does not appear to be a priority of the IG Advisory Board.

Rooting out corruption does not appear to be a priority of the advisory board, based on yesterday’s meeting.

Last month, County Executive Johnny Olszewski attempted to establish an advisory board that would strip away Madigan’s investigatory independence.

Legislation to that effect was withdrawn after a public outcry and “grave concerns” expressed by the Association of Inspectors General (AIS).

Shea then wondered if the manual, which is kept confidential to protect the integrity of IG investigations, could be shared with the advisory board. 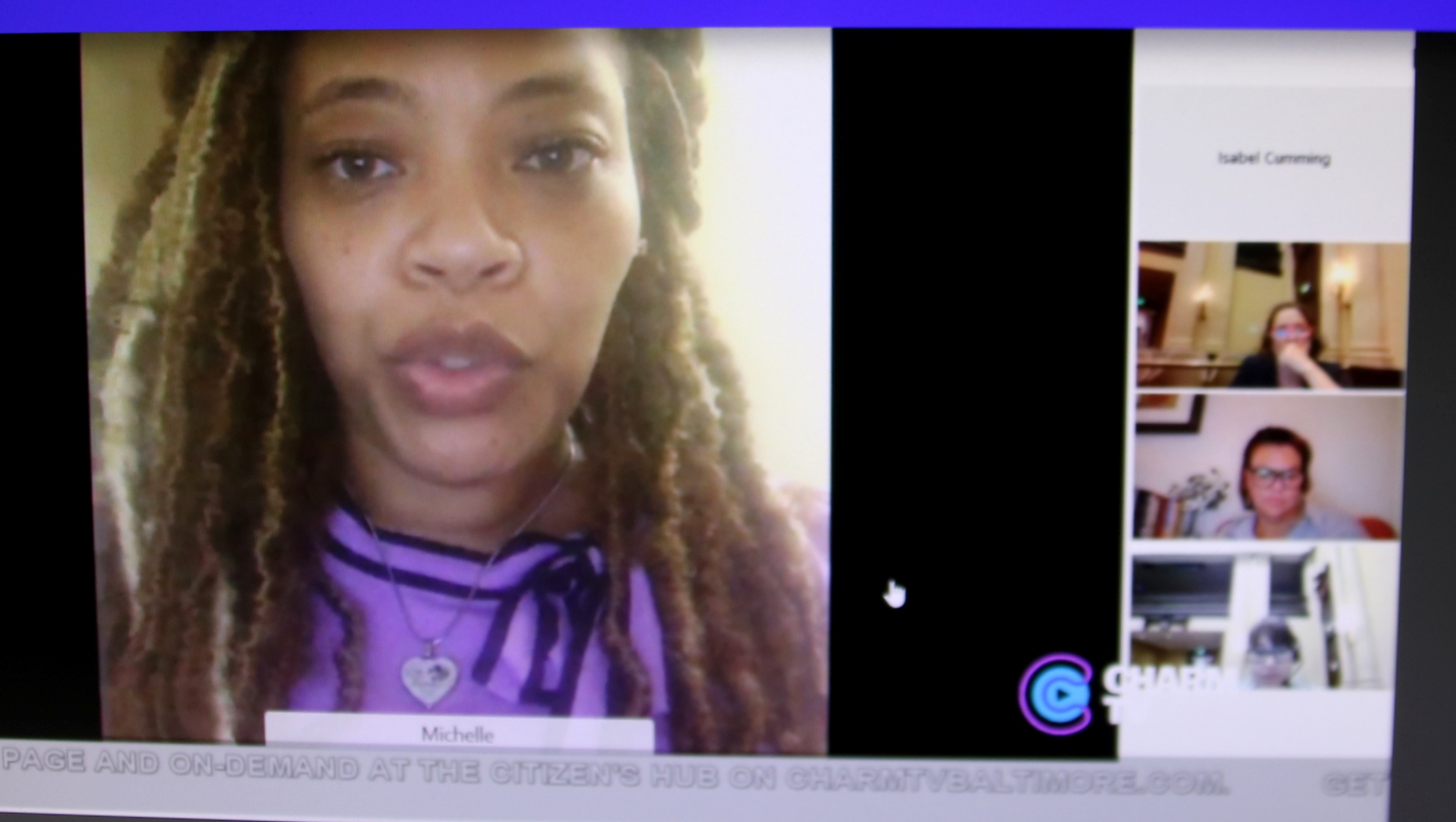 “Do equity issues factor in?”

“Do you give the agency that is the focus of a report an opportunity to comment on that draft report prior to publishing, so they can verify the information?” asked Councilman Costello.

“No, we do not,” Phillips answered. (UPDATE: The OIG, however, does submit its full investigative report to the agency in question, plus the mayor and his staff, prior to publication of the public synopsis of the report. That synopsis will include the city’s response.)

“Do equity considerations factor in the decision to move to an investigation?” wondered Michael Huber, Scott’s chief of staff and a panel member.

“Do any considerations of racial equity come into the decisions your office is making?” Huber replied.

Members of the Inspector General Advisory Board and their political sponsor.

What about flying saucers?

One of the odder exchanges took place when panelist Donald B. Tobin, dean of the University of Maryland Francis King Carey School of Law, circled back to Shea’s concern about unfounded complaints.

“What happens when you receive a claim that’s either intended to be vindictive or is from a person who may be a little mentally – doesn’t have the cognitive reality of the world?” Tobin asked.

“Many of us have gotten those letters that are concerned about someone controlling their mind or something like that,” Tobin continued.

“We have received complaints of that nature,” Phillips said. “Somebody may say the mayor put a spaceship on top of my house. They’re spying on me. You got to take a look at that. Clearly, it’s not true. We have trained hotline special agents to communicate with these individuals. We understand their concerns, but this is all out of purview. We do suggest outside agencies, like the department of health.”

“I appreciate that,” Tobin said. “That sounds completely rational and that clarifies how I was thinking,”

If the Mosbys were never mentioned by name, Scott’s attitude toward the OIG was volunteered by his top aide.

“The mayor really supports having a strong and independent inspector general,” said Huber. “As with all city government operations, the more we know, the better.”

After trying to draw out inconsistencies in Cumming’s remarks about her opposition to the current makeup of the board, Huber had this to say:

“Thank you for walking us through what I’m sure were some painful questions. The chairman said some really elementary things.”