Earlier this week, a stinging report was released documenting how water pollution enforcement “took a nosedive” under Gov. Larry Hogan.

Now the Maryland Department of the Environment (MDE) has confirmed reports that the career official in charge of water pollution compliance for the state has left.

An MDE spokesman declined to say why Harry E. Hunsicker III is no longer with the agency he has worked for since 1995.

“The reason for his departure is a personnel matter,” said Jay Apperson, deputy director of communications, in an email yesterday to The Brew.

But Apperson did confirm that the last day of employment for Hunsicker was March 4, or five days before the public release of the report.

Hunsicker, whose latest yearly salary was $105,000 according to online state data, could not be reached for comment.

He is quoted in a 2014 story in the Cecil Whig about an Elk Mills resident, Steve Bristow, complaining that MDE was mishandling his complaints about a Cargill plant sending polluted runoff onto his property.

Bristow said private test results pointed to Cargill as the culprit, but MDE  found no evidence the plant was the source.

“MDE contends that the changes to Bristow’s ponds are naturally occurring with high iron content from deer, turkeys and geese,” Hunsicker said.

In 2017, he addressed the Frederick County Building Industry Association, which described his talk as “an update on streamlining and making MDE more business friendly, fair and effective!”

Hunsicker was described as MDE’s director of compliance programs. 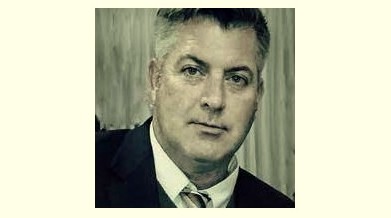 Some individuals familiar with Hunsicker’s work said they view him more as a scapegoat than a bad actor – blamed now for the negative consequences of policies pushed at MDE under Secretary Ben Grumbles.

For “many of us in the environmental public interest community . . . Mr. Hunsicker was not the problem,” an environmental advocate said. “He was always transparent with us, willing to answer questions, and generally true to his word.”

“I’m sure he didn’t see eye-to-eye with many of us on exactly how we would want MDE enforcement actions to be carried out,” this person said.

“But we were mostly on the same page about the importance of taking action – he certainly gave every indication that he was competent and committed to doing the job he was charged with.”

The report by five groups, including the Chesapeake Bay Foundation and the Environmental Integrity Project, detailed how inspections, enforcement actions and penalties for water polluters dropped precipitously in the past six years.

The analysis concluded that MDE had become less willing – and, to some degree less able because of chronic understaffing – to enforce laws to prevent water pollution coming from agriculture, industry and land development.

While the report was bruising, it was hardly the first embarrassing water pollution headline for MDE in the last year.

Lawmakers grilled Maryland’s environment chief, Ben Grumbles, about a laundry list of them in a January hearing.

The Bay Journal’s Jeremy Cox recapped the numerous lapses found under Grumbles (and discussed at the hearing) in this way:

“The state’s shortage of drinking water inspectors; the lack of penalties handed down to chicken farms that run afoul of pollution controls; the agency’s failure last fall to warn of a sewage spill before more than two dozen people fell ill from eating contaminated oysters; and two separate instances in which major pollution violations went unnoticed until watchdog groups gathered evidence and reported their findings to the state,”

The latter refers to how the watchdog group, Blue Water Baltimore, sounded the alarm about daily illegal discharges of millions of gallons of sewage into Bay tributaries from Baltimore City’s wastewater treatment plants.

And a report by the Environmental Integrity Project documented lax enforcement of poultry plants by the agency, which is responsible for issuing water pollution control permits for animal feeding operations and for enforcing the Clean Water Act.

Questioning Grumbles about these incidents before the Senate’s Education, Health and Environmental Affairs Committee, Chairman Paul Pinsky said he worried that MDE was becoming too beholden to business interests.

Pinsky told Grumbles that MDE should be “controlling the sector that they are supposed to protect. Rather than that sector controlling them.”

Grumbles promised to make changes, including hiring new Water and Science Administration staff, saying understaffing was the cause of many of the agency’s problems.

He also accepted blame for some of the agency’s lapses, telling lawmakers at one point, “I accept responsibility for a breakdown, the failure in communications.”

To reach this reporter: fern.shen@baltimorebrew.com