Seventeen of the city’s 23 best paid employees – each collecting more than $200,000 in FY2019 – were sworn members of the BPD, according to a review by The Brew of a city salary database posted online yesterday.

None of the police members of the “$200,000 Club”  are top commanders, who are salaried and cannot file for overtime.

And just a few of the 17 members go out on patrols, where a chronic shortage of officers has been blamed for Baltimore’s notoriously high homicide rate.

Instead, most of the employees with six-figure paychecks are sergeants and lieutenants who do administrative jobs, supervise special units or are part of state or federal task forces.

Not all police overtime comes out of the taxpayer’s pocket. Some is reimbursed by third parties such as the Maryland Stadium Authority and Johns Hopkins Hospital.

These increase come despite the scandalous overtime revealed by the Gun Trace Task Force indictments and trial, the periodic handwringing of members of the City Council, and the unfulfilled pledge by former Mayor Catherine Pugh to “investigate” the management of overtime.

Body camera footage showed Newberg chasing and grabbing a bystander who had criticized him for roughly handling another man during a routine warrant check. 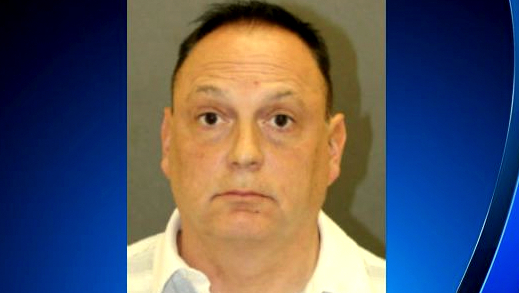 Mugshot of Sgt. Ethan Newberg after he was charged last June with second-degree assault. (CBS Local)

Newberg was suspended without pay, which indicates that his pay would have been higher if he had continued working through June 30, when the fiscal year ended. Newberg’s paycheck was first noted on Twitter last night by journalist @xoamelia.
______________________________

A report on police overtime by the city finance department noted that the SWAT team “is known to begin its work day at the gym exercising and then continue its day with unstructured and self-initiated practice exercises.”

Other top earners disclosed in the FY19 Open Baltimore pay database were profiled in a three-part Brew series, “Overtime Abuse at the BPD,” published last year. Among them:

• Clarence Grear earned $225,616 this year, of which $131,622 (58%) was from overtime. Grear has been on the force since 1996. In 2004, then State’s Attorney Patricia Jessamy dropped more than 100 court cases associated with Grear after he was accused of perjury. The officer was acquitted and has since survived other internal investigations.

• Julie A. Pitocchelli earned $198,832 this year before she was suspended on June 12 for “time and attendance issues.” Last assigned to the criminal investigation division, Pitocchelli has been one of the most persistent overtime users on the force. The Brew found that, between 2012 and 2017, she collected $546,569 in overtime.

Unlike officers, sergeants and lieutenants, who are covered by a Fraternal Order of Police contract and are eligible for overtime, top-ranked commanders are at-will salaried employees.

Police Commissioner Michael S. Harrison was hired last February under a five-contract at $275,000 a year. He had received a little over $100,000 by the end of FY19.

Five officials (outside members of the Police Department) were paid over $200,000 in FY19, according to the just-released database.

With the exception of Anthony Smith (see below), these officials are salaried administrators who do not qualify for overtime pay. The figures below reflect their salary and some incidental income:

• Frank A. Johnson, ex-Chief Digital Officer and director of Baltimore City Information & Technology (BCIT) – $251,922. Johnson went on permanent leave last month. This followed the ransomware attack in May that left much of Baltimore government immobilized. Johnson was criticized for not being prepared for the attack and for poorly executing the city’s recovery.

• Anthony R. Smith, deputy director of the Mayor’s Office of Emergency Management – $243,747. Smith retired from the fire department earlier this year and was given a special $105,000 contract by the Board of Estimates to continue as MOEM deputy.

The salaries for his staff:

In descending order, taken directly from the “Open Baltimore” database: